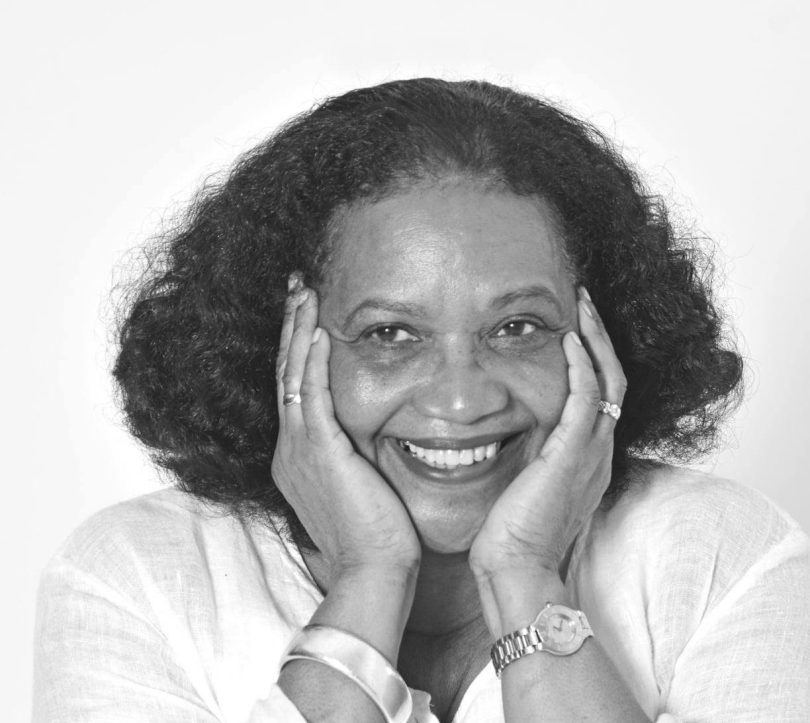 Lorna Goodison, born in Kingston, rooted in the parish of Hanover, once declared that the date of her birth – August 01 (the date of Jamaica’s emancipation from slavery) was no accident, nor was the gift of poetry; so she works with them with a sense of responsibility, giving back to those who inspired her.

She attended the St. Hugh’s High School for girls, followed by the Jamaica School of Art – now the Edna Manley College for the Visual and Performing Arts. A much-decorated artist, her paintings have been exhibited regionally and internationally.

Lorna never wanted to be a poet or writer, but somehow, poetry kept intruding into her life. So she kept it a secret and even went to the extent of sending in her poems anonymously to the newspapers; because she was unsure of her ability to write. Later in her life she admitted that…”The lush landscape of the Jamaican countryside was to shape my imagination for the rest of my life.” In addition to her poetry, she has written many short stories and the award-winning book, From Harvey River: A Memoir Of My Mother and Her Island.

Lorna Goodison, this versatile Jamaican and much-decorated artiste, who illustrates her own book covers, has been described as the leading West Indian writer after World War 2 (1939-1942). She has won many awards, including; The Jamaican Musgrave Gold Medal for her contribution to literature; the Canadian Non-Fiction Books Award; the Commonwealth Writer’s Prize for the Americas Region; the Queen’s Gold Medal for Poetry. In 2013, she received the national honour of Commander of the Order of Distinction (CD) and in 2017, she became the first woman to become the Poet Laureate of Jamaica.

She has lectured in Canadian and American universities and is currently Professor Emerita, the University of Michigan, Ann Arbor, for English Language and Literature/Afro-American and African Studies.

“I am a poet, but I didn’t choose poetry, it chose me.”- Lorna Goodison

Versatile: Someone who has many talents, an all-rounder.