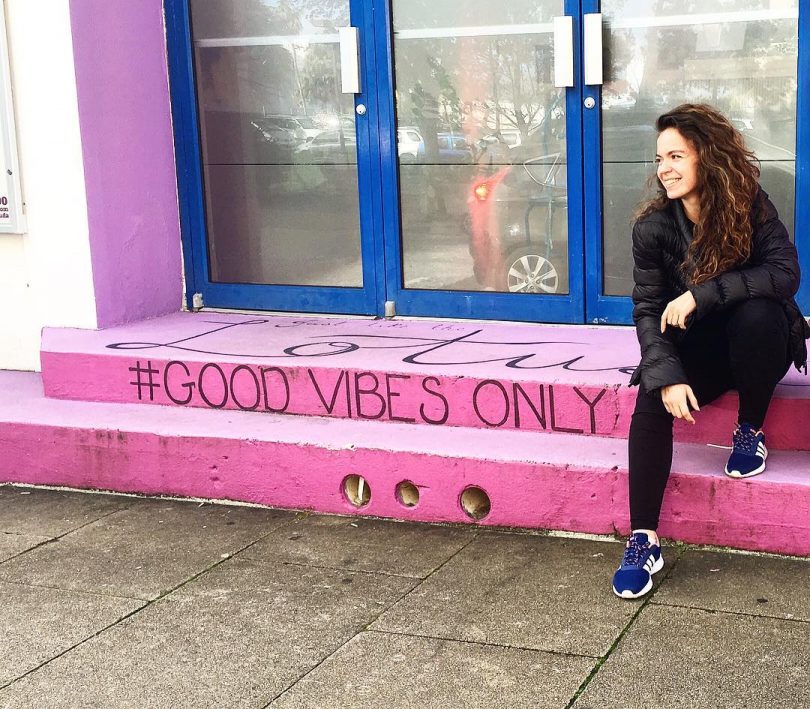 Russian choreographer Katerina Troitskaya started out studying ballroom dance as a child, but after losing her dance partner at age 11, she abandoned dance for other pursuits. Then, in 2008, she discovered hip-hop, and in 2012, everything changed when she discovered her real love at a dancehall workshop with Laure Courtellemont, a French choreographer. Troitskaya “fell in love with her style,” she says, and following the workshop, she decided to pursue whole-heartedly the practice of Afrobeats and dancehall.

Making the switch from hip-hop to dancehall was challenging for her, but she loved the music so much that she persevered. She loved the fact that every step has its own name and meaning, although she emphasizes that the lyrics are what really appeal to her. When she doesn’t understand them, she sends them to friends in Jamaica to translate into English.

Currently, she divides her time between Moscow and Los Angeles, where she works with the studio Dancehall Funk. Her enthusiasm for dancehall has exposed her to some controversy. When she posted her first dance video online, she received negative comments questioning her ability to teach dancehall when she, a white Russian, was not from the culture that created it. She responds to this criticism by noting that people will either like her dancing or not, but she is expressing her love for the music and the people. “If you’re black, you can love Russian ballet. It’s the same the other way,” she says. She wants people to look past her color and just enjoy her work.

She predicts that the dancehall scene is Russia is ripe for growth, as dancers are brought into the country from Jamaica, Europe and the US to give workshops there. The dancehall community in Russia is growing, and dancehall is a very popular dance style there.