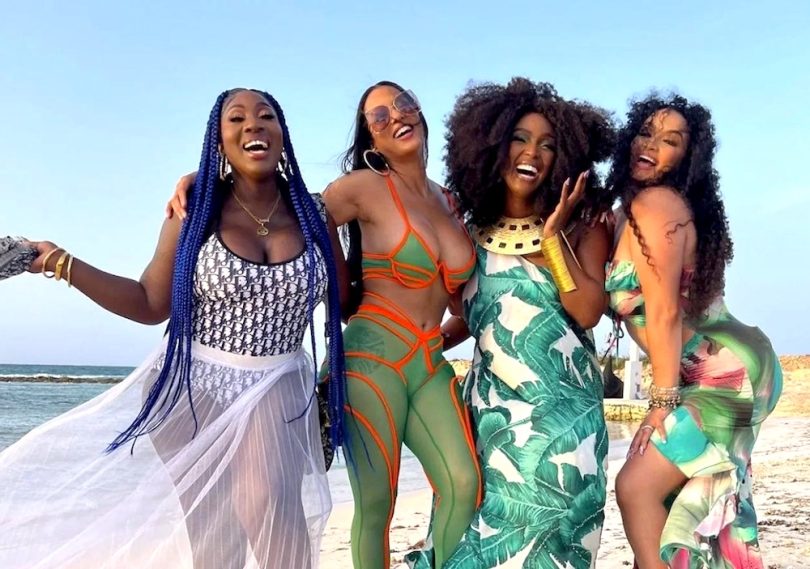 The third season of the popular VH1 reality program, “Love & Hip-Hop,” takes place in Jamaica. The television program’s broadcast was aired on November 28, 2022, and brought the drama, action, and tension that has attracted so many fans and made the franchise one of the most successful shows in United States television history. The show, “Family Reunion: Love & Hip-Hop Edition,” brought many of the stars of previous seasons together at the Ocean Eden Bay adult-only, luxury hotel in Trelawny, Jamaica.

Among the stars featured in Season 3 are Spice, a Grammy-nominated dancehall artist, and Safaree Samuels, a rapper and dancehall star. Spice and Samuels represented their country as the only Jamaican members of the cast. Samuels began his “Love & Hip-Hop” career when the series was set in Hollywood, California, while Spice has been a staple member of the franchise. Both the Jamaicans also starred in the Atlanta season, which had its final reunion episode on November 21, 2022.

This is the second time that a reality television show has been shot at Trelawny’s Ocean Eden Bay. The first was “Real Housewives of Atlanta.” Which was hosted by Sanya Richards-Ross, an Olympic champion athlete and Jamaican member of the cast. Ocean Eden Bay is a new resort offering in Jamaica, having officially opened only in late 2021. The reality TV shows provided excellent marketing opportunities and exposure for the new adult luxury hotel.

The trailer for the opening stated that all the cast members who started the show will be featured along with the current cast. These include Tokyo Vanity, Scrapp DeLeon, Teairra Mari, Lil Fizz, Nikki Mudaris, Alexis Skyy, Lyrica Anderson, Chrissy Lampkin, Mariahlynn Phresher & Jen, Amara La Negra, Trick Daddy, Jim Jones, and others. The new episode showed several of the women fighting, with Spice throwing a jug of juice at a seated group of people.

The new five-star Ocean Eden Bay adult resort is located on the coast in the Montego Bay area. It features access to a white sand beach, modern room accommodations, a large swimming pool, and many options for excellent dining. There is an exclusive dinner-show restaurant that stages themed performances, and there is also a spa center and a complete entertainment program. Guests of Ocean Eden Bay also have access to the services of the Ocean Coral Spring resort that is adjacent.