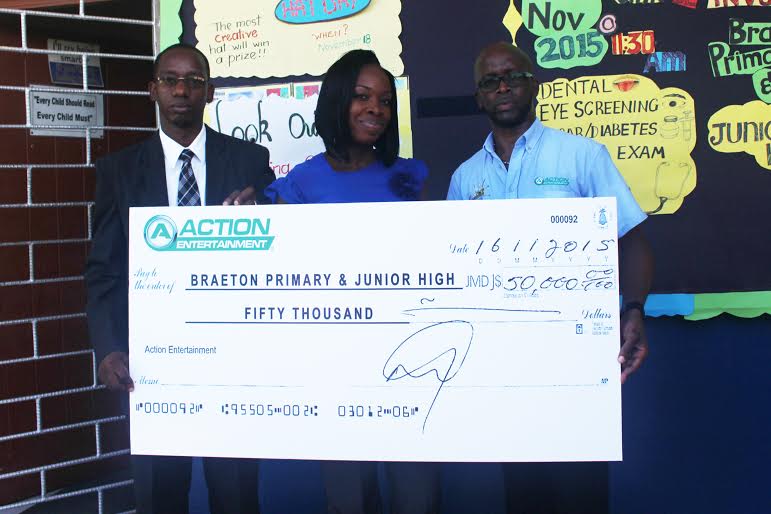 This was made possible through the staging of the Credit Unions of Jamaica Gosplash 2015 which was held in association with the RJR Communications Group on Emancipation Day at Sugarman’s Beach in St Catherine.

“Though The CUJ Gosplash 2015 was a great production, and is poised to be the annual must attend summer gospel event for Christians and non-Christians alike, the financial returns were less than anticipated, however, I had to honor my commitment, as part proceeds was promised to the School’s computer lab” Edwards stated.

This is just the beginning of a project that will see Markland and Action Entertainment continue to work with Breaton Primary and Junior High to ensure that the computer lab is outfitted with the adequate amount of computers for the school.

“We are appreciative of this contribution for sure, what we also value is Markland actually taking the time out to be a part of the devotion with the students, he encouraged them to continue the hard work and as a past student we are grateful that he remembers us and reached out to assist” Principal of the institution, Orlando Worges shared