The Mass Deportation of Caribbean Immigrants You Haven’t Heard About - Jamaicans.com 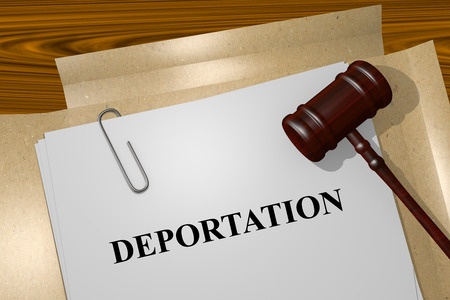 In June 2016, the United States Immigration and Customs Enforcement agency, also known as ICE, conducted a quiet deportation of dozens of immigrants from Africa and the Caribbean who were seeking asylum in the U.S. According to a source inside ICE, 63 men who could not obtain visas for lawful stays in the country on the basis of humanitarian relief claims, were repatriated. Some immigration activists who spoke to the men, said they were being sent back to Nigeria, Ghana, and Senegal. believe the number of deportees was closer to 90. The activists also said that many of the men should not have been targeted by the immigration authority at all, since they had already passed the “credible fear” interviews. These interviews are conducted to determine if immigrants seeking asylum would be put in “grave danger” if they are returned to their home country. According to some attorneys, black immigrants face greater challenges in the immigration court system because the African countries they come from don’t always have the capability to issue identity documents that meet the stringent ICE requirements, nor do they have close family members or friends in the US to help them fight their cases in court. ICE typically requires immigrants to have a sponsor who is a citizen of the US or a legal permanent resident. According to Ellen DeYoung, who volunteers with Friends of Orange County Detainees, an immigration detention center visitation group that works with the Krome ?Detention Center in Miami, Florida, detainees experience conditions at Krome that are “nightmarish, like something out of a movie.” According to a report given to DeYoung by a detainee, some “were given injections and put into wheelchairs,” while he also “saw somebody rolled up and tied into a canvas and put into the plane.” The detainee reported that some individuals were pepper sprayed. Although the man’s accounts could not be verified, the situation does correlate with some allegations of physical abuse that have been documented in the many lawsuits filed against the federal Department of Homeland Security, which has oversight of immigration enforcement. The immigration debate in the US generally involves immigrants from Latin American countries and doesn’t usually focus on black immigrants from African and Caribbean nations. However, black immigrants account for seven percent of the total immigrant population, according to the Black Alliance for Just Immigration (BAJI) and New York University Law School’s Immigrants Rights Clinic. They also represent 10.6 percent of all immigrants involved in removal proceedings from 2003 and 2015. In 2014, ICE deported 1,203 African immigrants, yet black immigrants are largely invisible in the public’s consciousness. Racial factors in the US tend to bring black immigrants into contact with the criminal justice system in greater numbers than other ethnicities as well, as they usually live in urban areas, in low-income areas, and in areas that are heavily policed. While deportation of black immigrants is unlikely to stop, advocates hope that the public will become more aware of their situation. According to Carl Lipscombe, policy and legal manager at Black Alliance for Just Immigration,“When we talk about Black Lives Matter, that includes black immigrants and black people worldwide.”