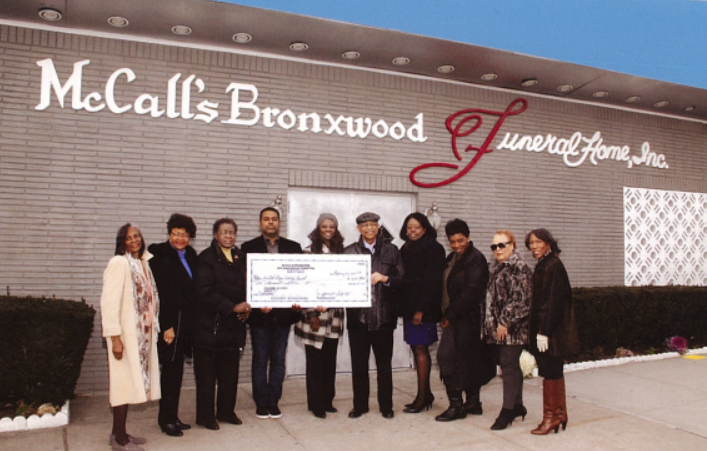 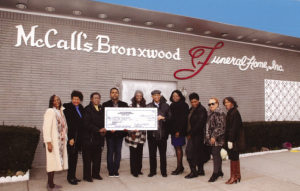 McCall’s Bronxwood 50th Anniversary Committee proudly used this opportunity to contribute ten thousand dollars ($10,000.00) to the United Negro College Fund. (UNCF). This contribution represents a portion of the monies raised at the McCall’s Bronxwood 50th Anniversary Gala celebration that was held on December 10th, 2016 at Eastwood Manor Catering Hall, Bronx, New York. This is a part of the sixty thousand dollar ($60,000.00) contribution to education.

There were more than three hundred and fifty neighbors and friends, individual political luminaries and community leaders who attended the banquet and who felt the cause was important enough to purchase tickets, make contributions or take out ads in the souvenir journal which honored this event.

James H. Alston, owner of McCall’s Bronxwood Funeral Home, Inc., presented the check to once again thank the community and to reinforce his commitment to support our youth in going as far as they can with education and he borrowed the U.N.C.F.’s phrase, ‘A mind is a terrible thing to waste”. “Education empowers”.