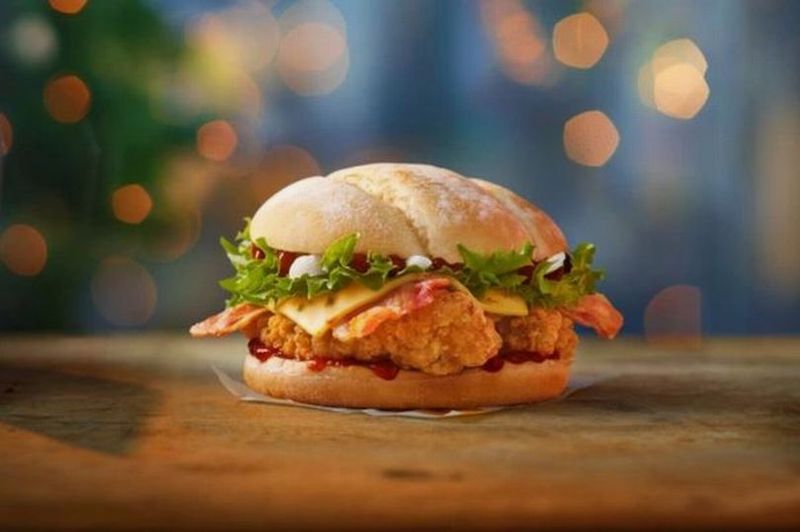 Users of social media made their opinions known about the new jerk chicken sandwich on the menu at McDonald’s in the United Kingdom, with some accusing the fast-food eatery of committing cultural appropriation. There are some diners who like the sandwich, but others say the sandwich is not very good and, other than its name, does not in any way reflect a Jamaican jerk recipe. For example, one customer noted that McDonald’s is using Habanero peppers and not Scotch Bonnet peppers in its “jerk” sauce, and another said the chicken is not cooked in the true Jamaican jerk style.

According to McDonald’s website, its sandwich is made of two crisp Chicken Selects covered with a “spicy jerk sauce, bacon, pepper jack cheese, onion, and lettuce on a sourdough bun. The jerk sauce is made with tomato paste, Habanero chili puree, caramelized sugar syrup, spices, garlic, ginger, and basil.

In addition to being criticized for cultural appropriation, the fast-food company has been called out by one customer for disrespecting Jamaican culture and having “zero diversity” in its staff, while another noted that McDonald’s does not have a single branch operating in Jamaica.

After trying the new sandwich, some diners expressed their disappointment on social media, with posts like “Never in my life had I wished more than I had just brought rice from home,” “It’s quite nice but hardly jerk, just has a bit of a kick compared to other chicken sandwiches,” and “Someone needs to let McDonald’s know their new ‘jerk chicken’ sandwich is definitely not jerk chicken.”

The cultural appropriation issue is like that brought against British chef Jamie Oliver when he launched his “quick-cooking ‘punchy jerk rice’” product in 2018. At that time, Dawn Butler, Member of Parliament for Brent Central in the UK, advised Oliver to sign up for a masterclass from Levi Roots and demanding that his “appropriation from Jamaica needs to stop.”

In a 2017 article posted on Jamaicans.com, author Denise Clarke wrote that many cooking videos available online claimed to be cooking Jamaican food, but are “Jamaican only in name.” She noted that these videos and recipes are a source of humor among Jamaicans who can easily spot fakes. She provides things to look out for in alleged “Jamaican food” videos. Check that the recipe uses authentic Jamaican seasonings, that it is similar in appearance to something your grandmother or mother cooked, that meats are pre-cleaned with vinegar and/or lime juice and rice is washed before cooking, that the dish has the appropriate color, and that the word “Jamaican” has not just been tacked onto a recipe that has nothing to do with the island.

McDonald’s has been asked to comment on the controversy but has not yet provided a statement.