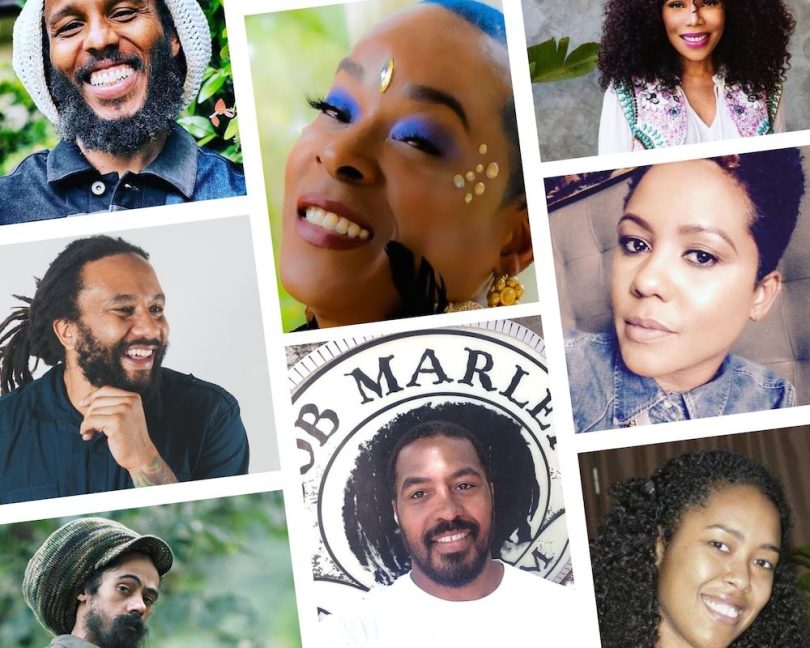 Jamaican reggae musician and social activist Bob Marley lived just 36 years, but he left his mark on the world through his music, his activism, and his family. Robert Nesta “Bob” Marley died in 1981, and since that time he has become world-famous, not only for making reggae an international phenomenon, but also for the messages of peace, love, and justice he promoted through his songs. During his life, Marley acknowledged having 12 children with several different women, and many of them have become musicians in their own right. Bob Marley was married to Alpharita “Rita” Anderson Marley for over two decades. They had an open relationship, and while they shared only three children, the couple raised Bob’s children from outside the marriage together as one big family. His 12 acknowledged children and their accomplishment are described below. 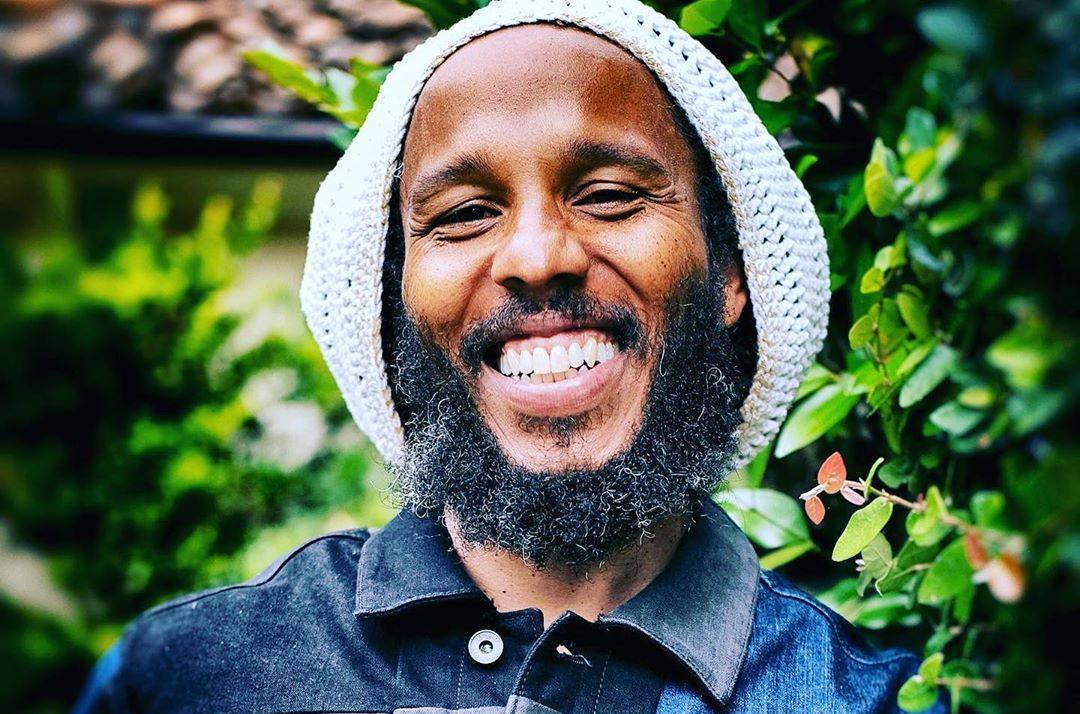 Ziggy Marley is Bob Marley’s firstborn son with his wife Rita. Born David Nesta Marley in 1968, the origin of the name “Ziggy” is said to have been given to him by his father and means “little spliff,” but in a 1988 interview, the musician told Melody Maker magazine that he is a big fan of David Bowie and at the time of the release of Bowie’s “Ziggy Stardust” album, he started to call himself “Ziggy” and the name stuck. In 1979, Ziggy and his sisters Sharon and Cedella and his brother Stephen formed the Melody Makers band, which was named about the British weekly music newspaper. Their debut recording was “Children Playing in the Streets,” a song written for them by Bob Marley four years earlier. The royalties from the single were given to the United Nations to help with its International Year of the Child program. The group disbanded in 2002 after having several hit albums. Ziggy himself is a multi-Grammy winner and has some 15 albums to his credit as a solo artist. 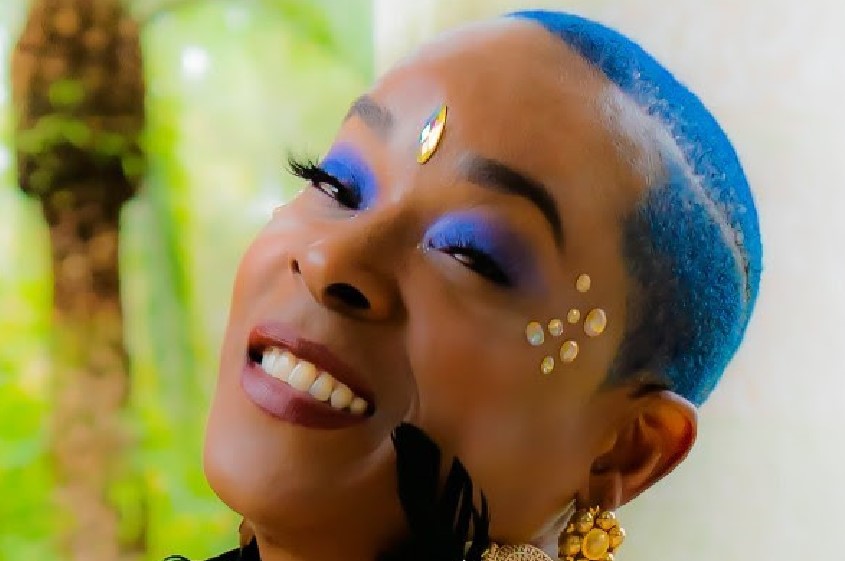 Sharon Marley is the daughter of Rita Marley from a relationship she had before marrying Bob. Bob Marley adopted Sharon and gave her his family name. The oldest of the siblings, she is a singer, dancer, and curator. She was a member of the Melody Makers band formed with her sister and brothers. With that group, she released ten albums and won three Grammy awards for “Conscious Party”, “One Bright Day”, and “Fallen Is Babylon”. She appeared in the film “The Mighty Quinn” in 1989, and her song featuring Cedella Marley and Sheryl Lee Ralph is on the soundtrack. Sharon now balances her on-stage work with the Caribbean business Ghetto Youth United and as curator of the Bob Marley Museum. She is also managing director of Total Care Learning Center in Kingston. 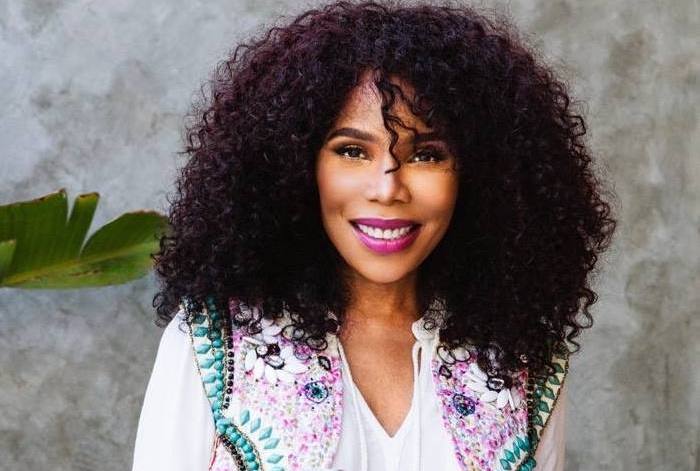 Cedella Marley the second child born to Bob and Rita Marley. She is a singer, dancer, fashion designer, actress, and entrepreneur. She oversees the brands linked to her father’s name, including Tuff Gong and Marley Natural. In the 1980s and 1990s, she appeared in several films, including “The Mighty Quinn” and “Joey Breaker.” She was a member of the Melody Makers, and since the group disbanded, she helps in running the family’s charitable organization “1Love.” She has several clothing lines and designed the uniform for Jamaica’s track and field team at the 2012 Olympics. She is the author of a book “One Love” and the musical “Bob Marley’s Three Little Birds,” which featured her father’s songs and opened in New York City in 2014. She started a line of fashion menswear in 2014, with the proceeds of the line “Marley” going toward funding Jamaica’s national women’s soccer team, the Reggae Girlz, which is officially sponsors and for which she serves as and ambassador. She launched the cannabis brand Marley Natural in 2014 and in 2017 wrote a cannabis cookbook, “Cooking with Herb.” She is the acting director of the Bob Marley Foundation, an organization that seeks to provide social interventions in Jamaica via educational and community development initiatives. She raised the funds to help the Reggae Girlz in their historic participation in the 2019 FIFA Women’s World Cup. 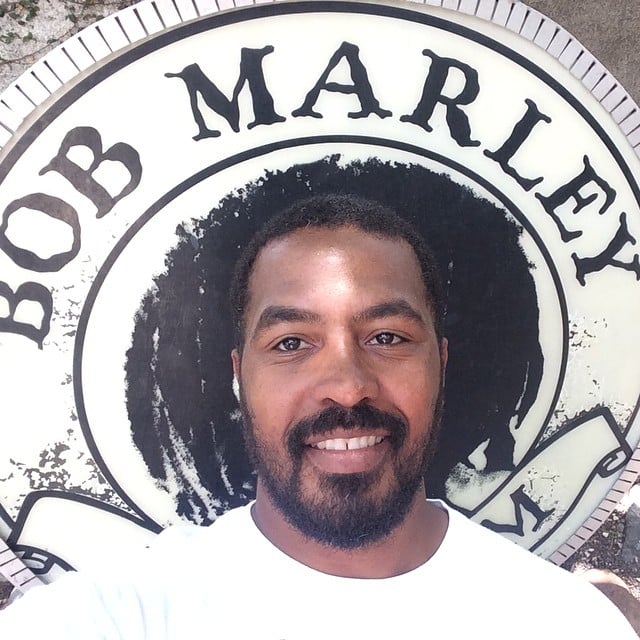 Robbie Marley was named Robert Marley Junior after his father, but goes by “Robbie” to stem confusion with the elder Marley. He is Bob’s son with Pat Williams, and he grew up with Bob and Rita Marley. He has pursued a career in the graphic arts. 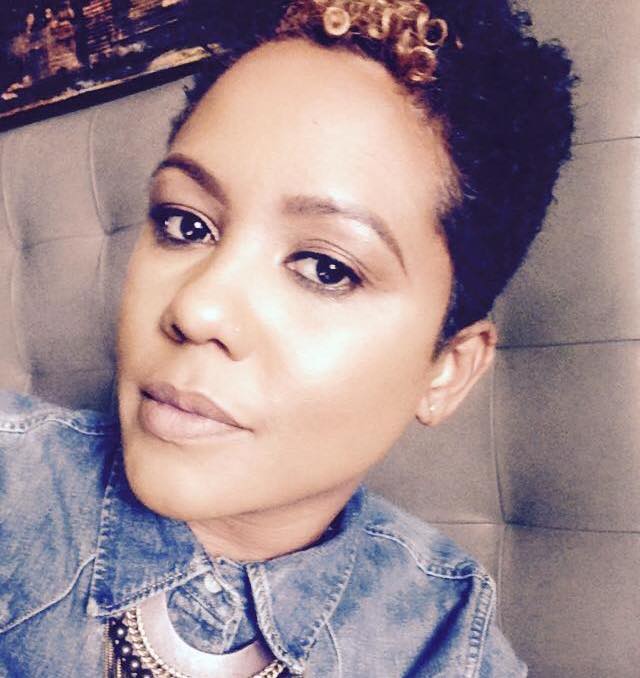 Karen Marley is the daughter of Bob Marley and English-born Janet Bowen. She has focused her career endeavors chiefly on fashion. She was born in England in 1973 but grew up in Jamaica with the Marleys and attended school there. She is an international creative consultant and is known for her curation of lifestyle products, specializing in “all things beauty.” Her passion for art and culture started early on, and she first pursued a career in interior design and had a successful home décor business in Jamaica. She then founded Buttons and Bows in Los Angeles and now has the collection KarenMarley, an online boutique that features limited edition, ethically sourced, and culturally inspired designs. Her goal is to represent her heritage through beauty in a sustainable way. 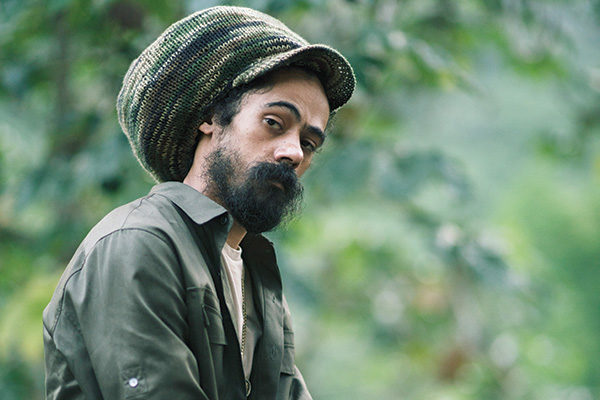 Damian Marley is known as “Junior Gong,” a name playing off his father’s nickname of “Tuff Gong.” He is Bob Marley’s youngest son. His mother is former Miss World 1976 Cindy Breakspeare. Damian is a successful musician whose influences include reggae, dancehall and hip-hop. He is a deejay, singer, songwriter, and record producer. He formed his first musical group at the age of 13 called the Shephards. The group included the daughter of Freddie McGregor and the son of Cat Core of Third World. The group disbanded in the early 1990s, and he went on to start a solo career. In 1996, he released his first album on the Tuff Gong label, called “Mr. Marley.” His album “Halfway Tree” won the 2002 Best Reggae Album Grammy award. 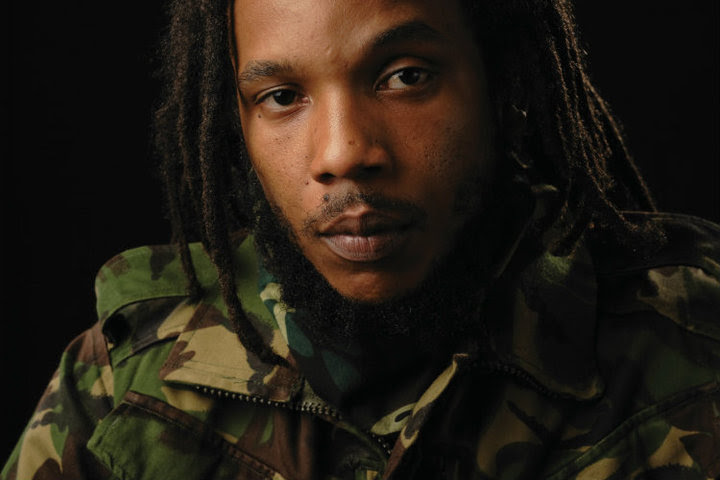 Stephen Marley is the son of Bob and Rita Marley. He performed on stage with his father at the age of eight. He is musician and has produced many of his siblings’ recorded releases. He began his music career at a member of the Melody Makers at the age of seven. He has since won eight Grammys: three as a solo artist, twice as producer of his younger brother Damien’s albums, and three as a member of the group Ziggy Marley & The Melody Makers. 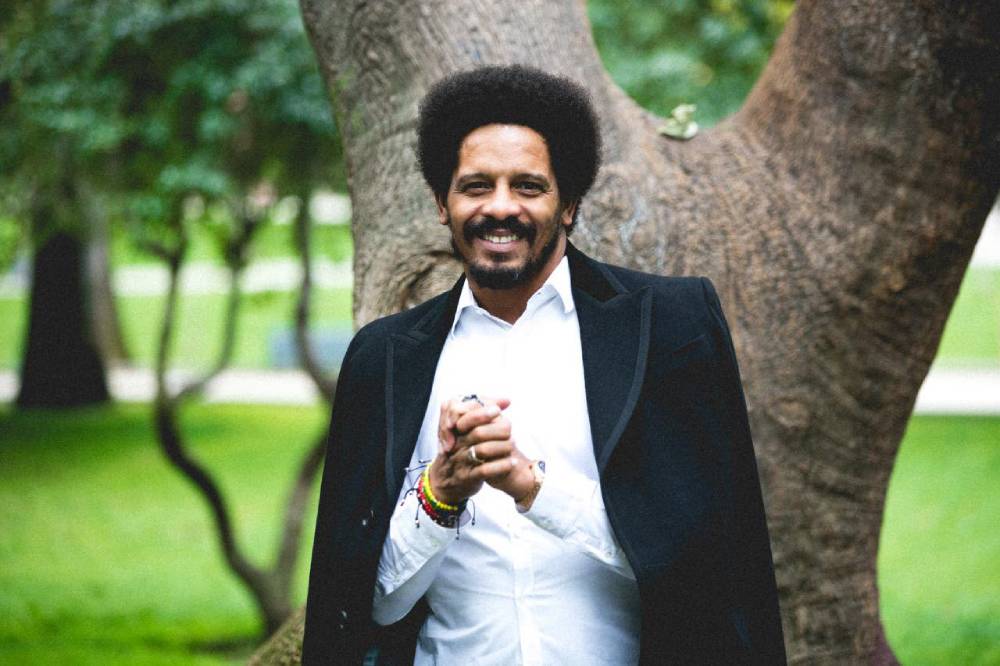 Rohan Marley is the son of Bob Marley and Janey Hunt. He is not a musician, but he was once married to hip-hop star Lauryn Hill, with whom he had five children. He is in the coffee business and owns the “Marley Coffee” brand. He lived with Bob and Rita Marley from the age of four and then moved in with Marley’s mother following Bob’s death from cancer in Miami, Florida, in 1981. He graduated from Miami Palmetto Senior High School and played linebacker for the University of Miami. He played professional football in the Canadian Football League with the Ottawa Rough Riders. He founded Marley Coffee in 2009, an organic coffee plantation and sustainable farming enterprise in the Blue Mountains of Jamaica. He launched the “House of Marley” range of eco-friendly headphones in 2012. He also helps to run the family charity 1Loce and the Tuff Gong Clothing Company. He appeared in the documentary “Motherland.” Ky-mani Marley is a reggae and hip-hop artist. His name originates in East Africa and means “Adventurous Traveler.” He is the son of Bob Marley and Jamaican table tennis champion Anita Belnavis. He was born in Falmouth, but relocated with his mother at age nine to Miami, Florida. He began rapping and deejaying in his teens and was inspired to become a singer when asked to sing during a recording session at a Miami studio. He experimented with laying tracks with his brothers Stephen, Julian, and Damian. He released his debut album in 1996 on the Shang Records label entitled “Like Father Like Son.” He released several singles that made it to the top of the British reggae charts. He signed with Gee Street/V2 Records in 1997. In 2015, he released his album “Maestro.” He has a reputation of being in a new generation of reggae musicians and performed at the Midem international music showcase in Miami where he performed a set broadcast live to 36 countries by the Caribbean News Agency. He has appeared in the films “Shottas” and “One Love.” 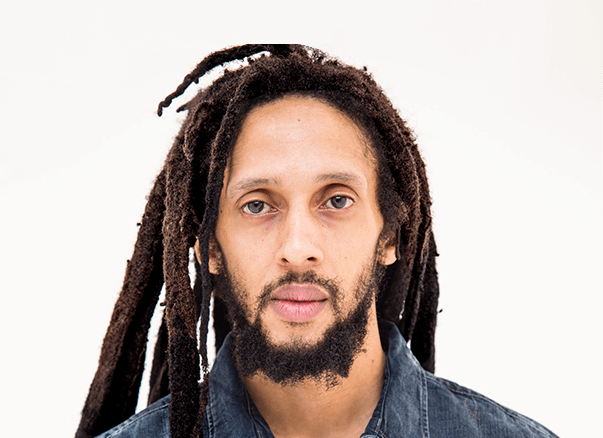 Julian Marley, is the son of Bob Marley and Lucy Pounder. He was born in England, the only one of Bob’s sons to be born there, and is a Grammy-nominated reggae musician, singer, and songwriter, who often collaborates with his brothers and sisters. He is also active in humanitarian efforts and, like his father, is a Rastafarian who uses his music as an inspiration in his life and spirituality. He spent his childhood in England and Jamaica and showed his musical interests from an early age when he learned to play numerous instruments, including keyboards, drums, bass, and guitar. He joined his brothers Ziggy and Stephen and became involved with Ghetto Youth International, a production firm, in 1989. His debut solo album “Lion in the Morning” was released in 1996. He and brother Damian toured in the 1997 Lollapalooza music festival. Julian and his band Uprising were invited by Jamaica’s government to represent the country at the Beijing Olympics in 2008. His 2009 album “Awake” received a nomination for a Best Reggae Album Grammy. 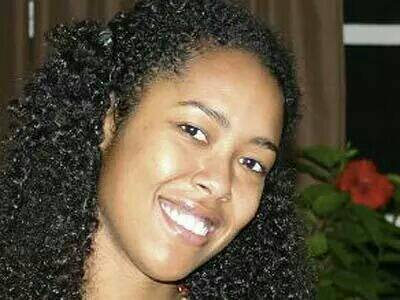 Makeda Jahnesta is the daughter of Bob Marley and Yvette Crichton. The youngest daughter, she was born in Miami some three weeks after her father had died. She graduated from Coatsville Area Senior High School and West Chester University in Pennsylvania. She frequently visited Rita Marley’s house in Jamaica and was a beneficiary of the Marley estate. 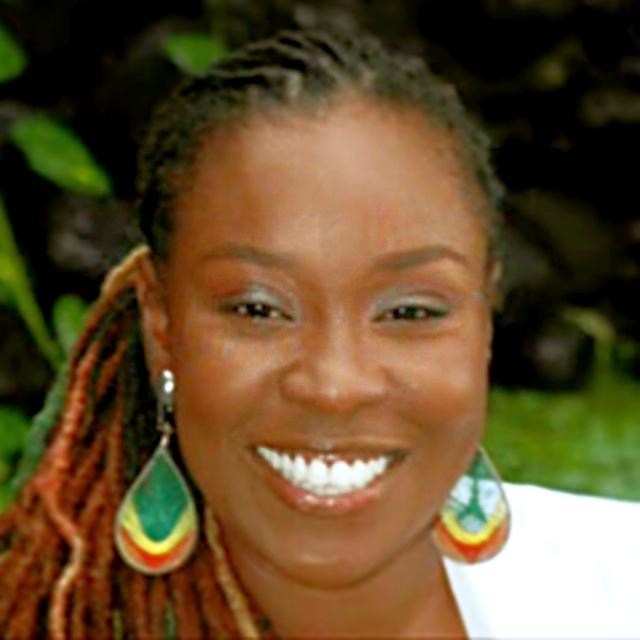 Stephanie Marley is the daughter of Rita Marley and a man outside her marriage to Bob Marley, who adopted her later and gave her his name. 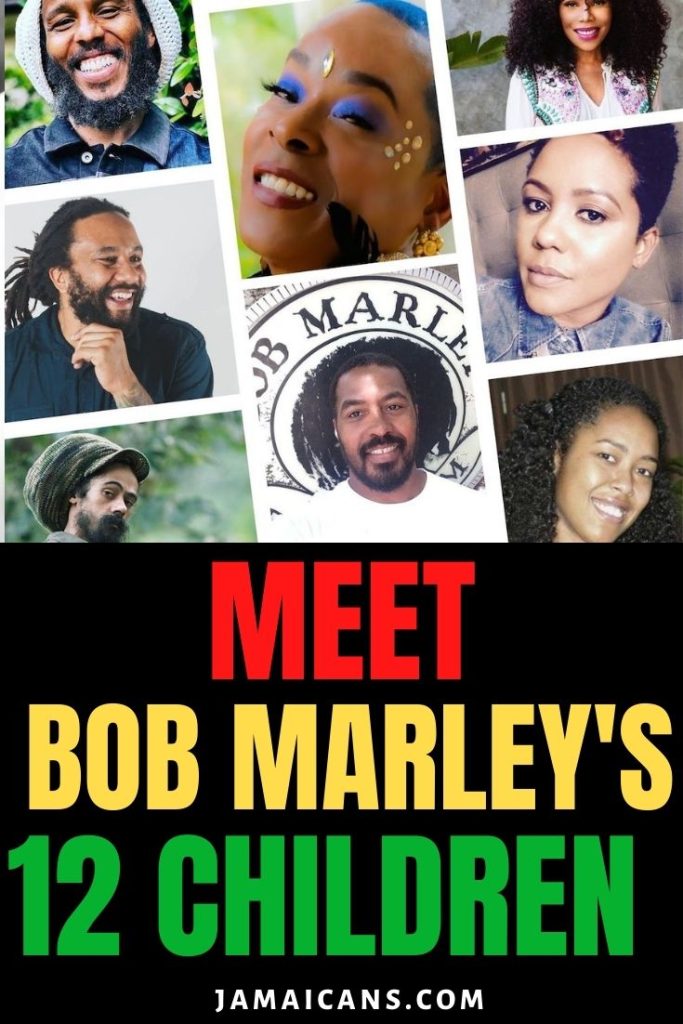