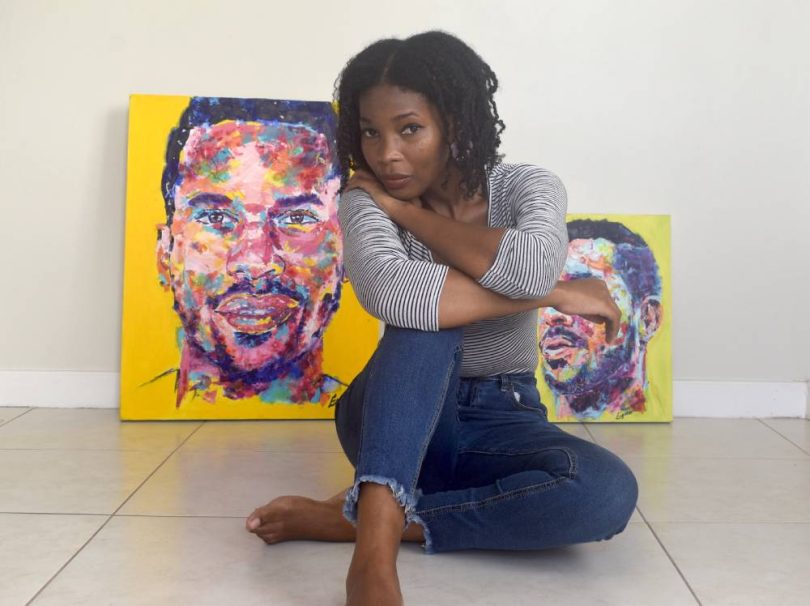 One of the challenges with Caribbean history is that images do not exist for the many heroes and prominent people we learned about. Meet Esther Griffith who has been tasked with telling Caribbean history to the world through art on Wikipedia.  Esther is a studio painter, illustrator, and ceramicist from Trinidad and Tobago. She enjoys exploring the visual language of colour and form. Her art usually features portraits where hyperrealism is juxtaposed against the abstract. The colours are vibrant and expressive; she builds up layer upon layer, with rich results. Her work has been collected by art lovers in the USA, the UK, Canada, Australia, and Trinidad & Tobago. She has exhibited her work in Trinidad and Canada. Here is our conversation with Esther Griffith.

How did you become interested in art and painting?
When I was little I used to see my Mum do sketches of people. That got me interested in the human figure. As I grew up I took an interest in nature… the colors and textures found in the world around me.

What was your first reaction when you were chosen as one of the artists for the Wikimedia Unseen project to fill in the gaps?
To be honest, I wondered why me, because there are so many talented illustrators out there besides myself. But then when I started the research on these figures, it became less about me and more about how to do the subjects of the stories justice by bringing them more visibility.

What are some of the challenges you face trying to create visuals of these Caribbean figures?
One is the availability of images that can be used as reference images to create the original art. It’s amazing because we live in an age where people can snap multiple selfies and post online. However, here we have historical figures that have done notable things, but who have limited images freely available in the public sphere.

Another challenge is ensuring that I captured not just the likeness of the person, but their disposition or spirit in this illustration. I wanted to bring them to life. 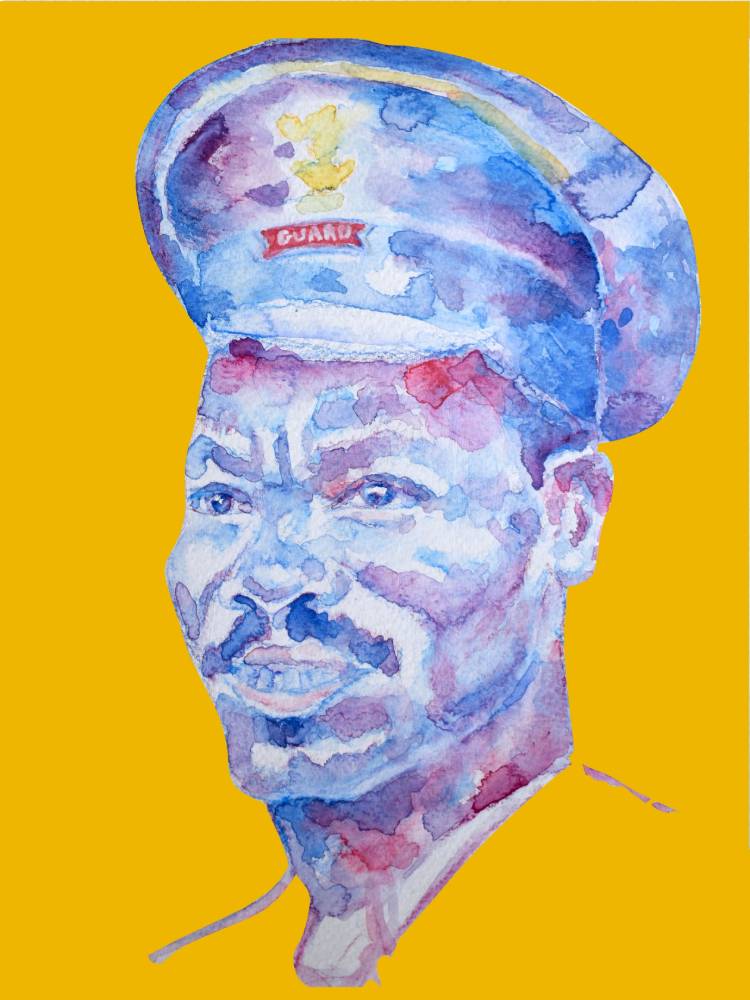 Can you tell us who are the first 10 Caribbean figures you will be creating?
I’ve been commissioned by Wikimedia Foundation to do three. They are Asquith Xavier – was a West Indian-born Briton who ended a colour bar at British Railways in London by fighting to become the first non-white train guard at Euston railway station in 1966;

Mercedes Richards a Jamaican astronomy and astrophysics professor. Her investigation focused on computational astrophysics, stellar astrophysics and exoplanets and brown dwarfs, and the physical dynamics of interacting binary stars systems, and Leonora Pujadas-McShine, a Trinidadian women’s rights activist and community worker. When Trinidad and Tobago granted Universal Suffrage, she established the first League of Women Voters in the country to educate women on their civic roles. She also was an advocate of equal pay and labour practices.

On a personal level, I’d like to focus on the McShine family from Trinidad and Tobago. They were renaissance men and women, but the number of available imagery on them is very limited.

How are the Caribbean people you will create selected?
We were given a list of six people whose biographies needed imagery and were asked to pick two of them. I picked Asquith and Mercedes because their stories struck me. They cared a lot about others and showed a great deal of courage and strength.

What is your process for creating these figures? Are they hand-painted then digitalized or all the work with be done digitally
They are initially hand painted and then digitized. I chose watercolour for these illustrations because the drying time is faster than oil paints, which is what I usually use. Also, the fluid nature of watercolour lends itself to exciting mark making. I then took high resolution pictures of them and imported them into photo editing software to add the background colors.

Has the recent upsurge in recognition of your work had an effect on your career and your art?
What I find enriching is being able to connect with people from all over the world as they reach out and comment on and share my work on social media.

Will any of these works eventually become NFTs?
The Wiki Unseen Campaign exists because of the challenges presented when images are not created under a free license, and therefore are inaccessible to open knowledge platforms such as Wikipedia. This campaign is an opportunity for artists across the globe to contribute to the free knowledge movement. Wikimedia Foundation is encouraging artists and other content creators to make more images and secondary sources available freely so they can be shared with the world. In my case, two of the three biographies I worked on have images that are not available for open license. Because of this, all images created under this project will be subject to an open Creative Commons license.

What stimulates your imagination best?
Science and nature. Colour harmonies as well as texture and form found in the geomorphology of the earth’s surface. I’m also obsessed with outer space. The colours of nebulae and remnants of supernovas are so mesmerizing.

Tell us about the other projects you are working on?
They include commissions for individuals. I’m usually contacted by art lovers to create original works of themselves or their loved ones.

What do you do for fun (apart from art)?
Well, that includes singing badly to my favourite music. My friends and I have fun karaoke zoom limes. I also love bird watching around my apartment. It gives me a lot of peace.

What technology you cannot live without?
I do everything on my cellphone, both work and play.

If you were not an artist what would you be?
A geologist.

Seven days, six nights, all-expense paid, my vacation destination is…
Grenada! My family is from there and I’d love to enjoy the beauty of Gran Anse beach.

Any final thoughts?
Thanks so much for the work you do on shining a light on the warmth and beauty of the Caribbean and its heritage.