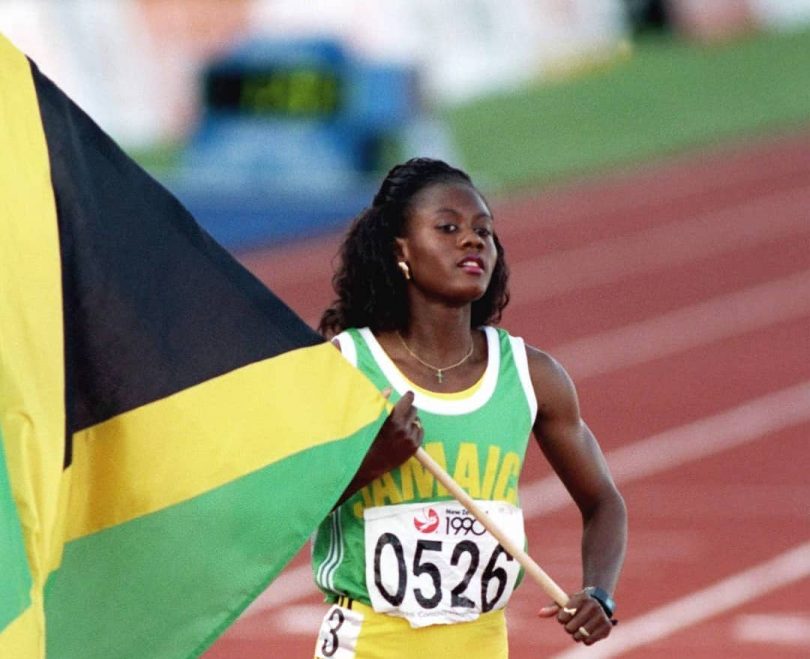 Merlene Joyce Ottey was born in Cold Spring, Hanover, Jamaica in 1960. She was first introduced to track and field by her mother who bought her a manual about the sport. Ottey attended Gurneys Mount and Pondside Schools and graduated from Rusea’s and Vere Technical High Schools where she was a frequent competitor in foot races. Her interest in track and field got a boost in 1976 when she watched Don Quarrie, a fellow Jamaican, win gold and silver medals. She received an athletic scholarship to attend the University of Nebraska in 1979, where she became the most decorated collegiate athlete in history. Ottey made her Olympic debut in 1980, becoming the first woman from the English-speaking Caribbean to win a medal at the Games – a bronze medal in the 200 meters. She was presented with the Officer of the Order of Nation and the Order of Distinction in Jamaica for her service to the field of sport.

Over her career, Ottey won nine Olympic medals in seven Games, setting a record for track and field athletes. She also won 14 World Championship medals, including three gold medals, which was the highest total of any athlete in history. Between 1979 and 1995, Ottey was named the Jamaican Sportswoman of the Year 13 times. She is ranked fourth on the all-time list in the indoor 60-meter distance, eighth over 100 meters, and sixth over the 200 meters. She holds the world indoor record in the 200 meters with a time of 21.87 seconds, which she set in 1993. She moved to Slovenia in 1998 and became a citizen in 2002, representing the nation until 2012. Ottey has had the longest top-level international sprint career in history, first appearing in the 1979 Pan Am Games when she was 19 years old and ending her career at the age of 57 by anchoring the Slovenian 4×100-meter relay team at the European Championships in 2012. Ottey is one of only four athletes to win 20 or more medals at the Olympics and World Championships combined.