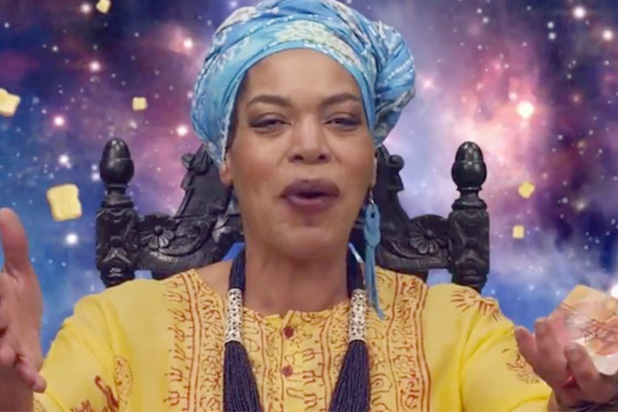 Miss Cleo, a fake Jamaican psychic whose television commercials attracted a cult following in the 1990s, has died. Born Youree Harris in Los Angeles, California, Miss Cleo died of colon cancer in Palm Beach County, Florida, surrounded by her family members and her friends. Harris’s Jamaican character on display in her commercials became famous for her catchphrase “Call me now!” Following the closure of the Psychic Readers Network in 2003, Harris had several other acting roles, including providing the voice of the character “Auntie Poulet” in the video game “Grand Theft Auto: Vice City” in 2002. Harris became the spokesperson for the pay-per-call psychic reading service in 1997 when, as Miss Cleo, she told viewers she was speaking from Jamaica. Harris discussed her role as Miss Cleo in two documentaries – “Becoming Psychic” in 2010 and “Hotline” in 2014. In an interview with Vice in 2014, Harris recalled, “Well, most of us worked from our homes, not one big room. I was doing television, they had me touring everywhere, and I was always bothered by the fact that, you know, people took the ‘Call me now’ quote very earnestly,” she recalled at the time. “I was at Best Buy one day, and a gentleman said, ‘Miss Cleo, aren’t you supposed to be on the phone?’ I said, ‘Honey, do you really think that I do that while I’m traveling and doing press?’ I said, ‘You have a better chance of talking to me right here than you do if you called.’ I still remember my extension number, though. My extension was 16153.”