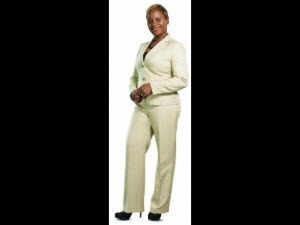 The company recorded $680 million in income, derived from margins on buying and selling foreign currency; sending and receiving remittances; and interest earned on loans for the 12-month period. Comparatively, it generated $595 million in revenue the year before.

Growth in LASF’s loan book, from $130 million, at the end of March 2014, to $147 million, or by 13.2 per cent over the year, translated into higher interest earnings. But the company’s expansion into cambio and remittance services likely contributed more to revenue growth, a good indicator being the $20 million, or 21 per cent, increase in receivables from MoneyGram International over the year to March 31.

Bank of Jamaica’s foreign exchange spot market data also showed that the value of transactions handled by LASF grew by more than 15 per cent during the 12-month period. The cambio maintained an average spread of 0.6 per cent, between the buying and selling rates on US dollar – the main currency it traded. What’s more, the Jamaican dollar depreciated by 4.8 per cent during the year.

Being the largest agent of MoneyGram in Jamaica also meant that the six per cent growth in inflows through remittance companies, for 11 months, to February 2015, directly affected Lasco Financial’s bottom line. It partnered with the international remittance company in late 2013 to invest in its main markets to drive market share after acquiring the remittance network of Supreme Ventures the year before.

On the other hand, the company might not have grabbed up significant market share this year. Its sales growth, for example, was similar to that of GraceKennedy’s money services division, which generated $6.5 billion in revenue during the 12 months to March, reflecting 13.1 per cent year-on-year growth.

LASF’s net profit climbed by eight per cent to $198 million – a gargantuan sum when compared with the $15 million pre-tax profit it posted five years ago when it was listing on the Jamaica Stock Exchange.

The bottom line was dragged down by a 28 per cent rise in commission paid out to agents, which totalled $231 million in the year under review, reflecting expansion of the company’s MoneyGram services.

Staff cost also rose by 24 per cent to $148 million, reflecting a 20 per cent increase in average salaries – that is, its payroll increased from $97 million to $118 million, while the average number of persons employed by the group was unchanged at 39.

Lasco Financial also recorded $6.8 million in share-option expenses during the year – $1.2 million to non-executive directors and $5.6 million to employees – coming from zero the year before. However, that was largely due to accounting principles, as no share options were exercised or forfeited during the financial year ending March.

Incidentally, the exercise price of the LASF options of $1 per share was lower than the average market price during the year under review. Since the start of its current financial year, which began April 1, LASF’s share price has climbed by 20 per cent, from $1.08 to $1.30, as of last Friday.