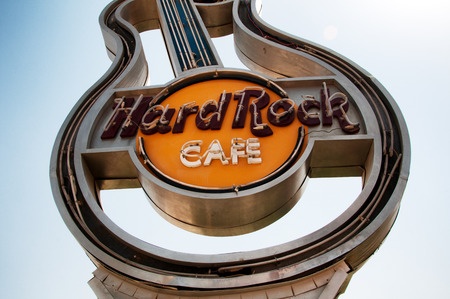 The firm that owns two Hard Rock Cafe locations in the Caribbean – in Nassau in the Bahamas and Grand Cayman in the Cayman Islands – plans to open a new venue in Montego Bay in the near future. According to Andre Dixon, chief operating officer of Viking Productions, Hard Rock International (HRI) believes that Montego Bay is a key market for expansion. Dixon, who is a naturalized Jamaica, has been active in tourism businesses in Montego Bay for 13 years. He says that Jamaica’s reputation for excellent live music makes it a perfect place to a Hard Rock Cafe. Hard Rock owns the greatest collection of music memorabilia in the world and displays it at locations around the world. It is also known for its collectible music-related products and fashions.