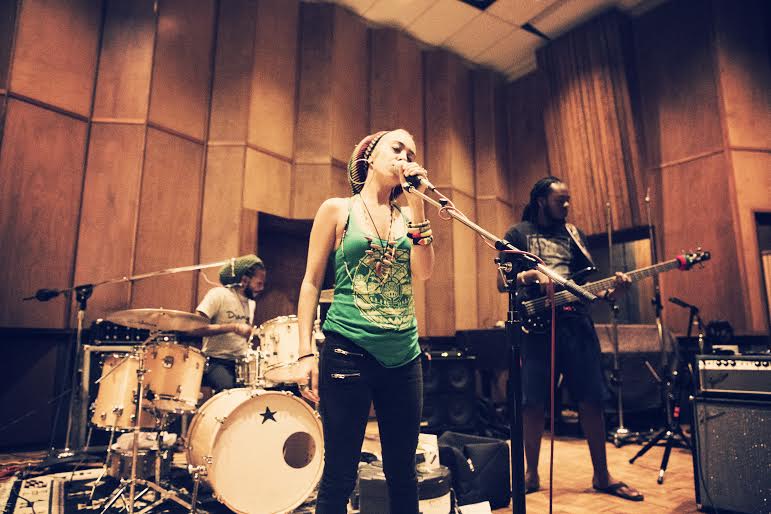 Australian Rebel Roots artiste Nattali Rize who teamed up with Jamaican band and production brand Notis Productions on her latest project, has taken their brand new collaborative EP ‘New Era Frequency’ on tour in the US this summer.

This is the first time Nattali Rize and Notis has toured their new material, but Nattali Rize has worked with both groups on a number of occasions over the past 10 years with her Australian band, Blue King Brown.

With more than 33 cities visited throughout both tours, Nattali is quite pleased with the response to the New Era Frequency material.

“It has been literally amazing to be able to connect with the network of fans, every night we are exposing people for the first time to this project and getting a great response, so it’s been very positive in terms of sharing this music and conscious energy and making strong connections to people and on the scene in the American live touring circuit.” Nattali Shared

Touring isn’t all glitz and glam and takes some hard work to be able to bring such a new project and full band to the United States on tour.

“Road life can be hard work for some people, but for me, I’m built for it, and I love it… there’s tough parts to it but it’s ALL worth it because we’re connecting with our international community on a very powerful and potent level through music, positive vibrations and frequencies” Nattali added

Rize has been loving tour life with Notis productions thus far.
“It is a new and exciting experience for me to be able to share this road life with my breddas, Notis. We come from different parts of the world and have different experiences with touring but we’ve actually found that the more we play and tour together, the stronger our connection is both onstage and off.” Admitted Nattali

Both tours have had their own uniqueness that appeal to Nattali and Notis as they showcase their New Era Frequency project.

The cities visited with Michael Fanti and Spearhead on the Once A Day Tour were filled with a different crowd of all ages, including young children. Nattali and Notis wee able to connect with all the different generations in one location. With the Katchafire tour however, there were more people in the crowd who had heard of Nattali Rize and Notis or taken the time to look them up and some who came out specifically to see them perform.

The unique 9 track ‘New Era Frequency’ project has amplified and supports the Roots Reggae movement of Truth and the rising consciousness on planet earth even more with its digital release. Fans can now download the entire project on platforms like Amazon and ITunes.

“We are challenging ourselves to break new ground here. It’s not always easy, and we are doing something that has never really been done, An Australian singer with a full Jamaican band, but in this space magic can be created.” Unga Barunga of Notis Productions pronounced

The team also completed appearances at the Jambana Festival in Canada and Calgary Reggae Fest and Atmosphere Festival in the US in August.