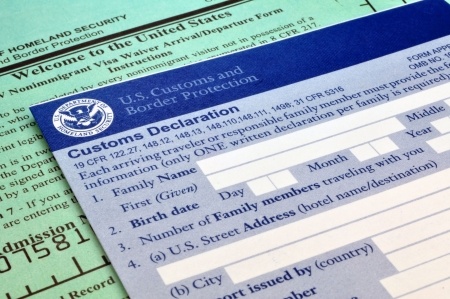 According to the United States Department of Homeland Security, over 500,000 of the 45 million individuals who visited the U.S. in 2014 overstayed their visas. This number was higher than the number of those apprehended by the U.S. Customs and Border Protection authorities during the same period. The DHS records the number of foreign nationals who legally enter the U.S. for business or pleasure via air or sea ports of entry and who are expected to leave the U.S. within a specific period, collecting data on departures and overstays by country for those legally admitted to the U.S. for specific, temporary reasons but who overstayed the lawful admission period. The DHS recognizes two types of overstays: people for whom no departure had been recorded (Suspected In-Country Overstays) and those who had their departure recorded after the lawful admission period had ended (Suspected In-Country Overstays). Among Jamaicans who entered the U.S. in 2014, there were 197,858 expected departures, 249 out-of-country overstays, 4,155 suspected in-country overstays, and 1,404 total overstays, which gives an overstay rate for the year among Jamaican visitors to the U.S. of 2.23 percent and a suspected in-country overstay rate of 2.01 percent.