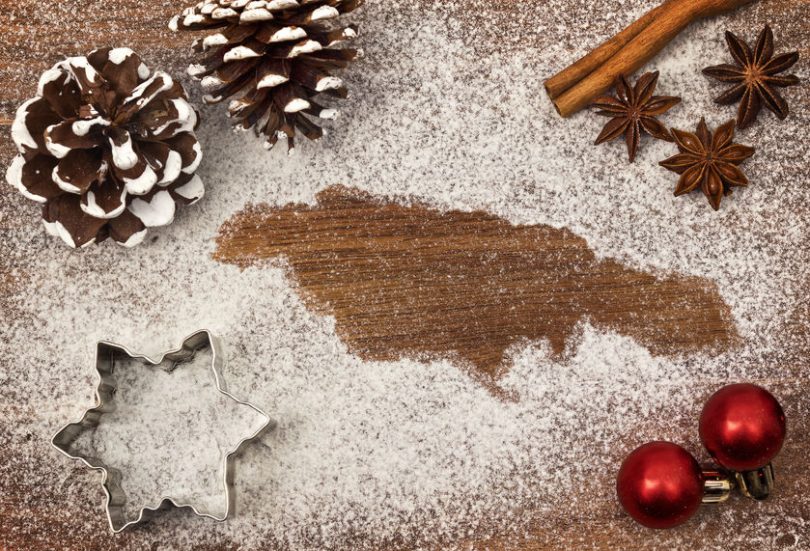 The focus is on the Craig family, which has traditionally gathered together at Hazel Craig’s Long Island festively decorated home during the holidays to dine on Jamaican fare like curried goat and callaloo. Hazel brought up her nine children – her daughter Jessica Craig is the head pastry chef at L’Artusi, an Italian restaurant in the West Village in Manhattan – on Long Island, and every year, the family comes together in December when the house displays decorations of the season.

The heart of holiday preparations in the kitchen for the Craigs, and Hazel and Jessica work together on the traditional Jamaican dish of a curried goat made with turmeric and thyme, creating a “dry run” of the meal that will be the center of the Christmas feast. In addition to the curried goat, the Craigs make sweet potato, coconut pudding, and spice-coated callaloo, a leafy green that is stewed with tomatoes and onions.

These foods are standbys on Hazel’s home island of Jamaica, where Christmas is celebrated with parades and special markets. The holiday markets feature local bands and street vendors selling jerk chicken and boiled corn. A parade of masked African dancers, Jonkonnu, which dates to the colonial slave era in Jamaica, is another expression of Christmas in Jamaica. People also drink sorrel, a beverage made of dried hibiscus flowers and ginger.

Hazel came to New York from Jamaica in 1970. When making her holiday feast, Hazel acknowledges, “I can’t do everything from Jamaica because this country is a different country,” but she added that Christmas is a Jamaican tradition she wanted to share with her children. And spending Christmas together has been a constant element of the family’s sometimes troubled times in the United States.

Hazel came to the US with her first husband, Vincent Lawrence, because it had been described to them as a “paradise.” They live in Queens and were the first black family in the neighborhood. The welcome they received was not a warm one, and Hazel relates how she was frequently pulled over by police without reason. When a teenager, her son Everton Lawrence was confronted by a woman who turned a hose on him when he asked her for directions to a store. A bottle was thrown at the family once when they were in their car, and there was a lot of name-callings. Their house burned down in 1989, and Hazel believes it was arson. The family lost everything they had.

As her husband left just before the fire, Hazel found herself a single mother and moved the family to a trailer, working three jobs to support them. None of these troubles stopped her from celebrating the holidays, however. Hazel cooked her curried goat, callaloo, and ackee and saltfish in the trailer’s small kitchen. Two years later, the family moved into their rebuilt home but had to sleep on the floor.

Hazel continued to celebrate Christmas with her family the Jamaican way because she wanted her children to always understand that they were together, and they have grown closer every year since. “Christmas is one of the few times that the whole family actually gets together to have our comfort foods,” Jessica said. Noting that the gathering makes her mother very happy, and the foods mean a lot to the family.

While her life in the US hasn’t turned out as Hazel expected when she left Jamaica 48 years ago, the Christmas holidays have.