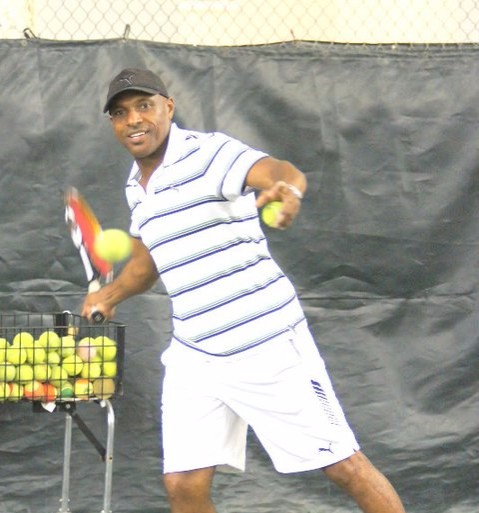 Paul Rose, who works as an instructor at the Midtown Tennis Club in New York, is the subject of a feature article in the New York Times newspaper describing how he spends his Sundays. Rose, 56, is a single father of three daughters, which he finds “challenging.” Rose was born in Jamaica and played professional tennis and taught the sport on the island before moving to the United States in 1987. He has worked as a tennis pro at Midtown Tennis Club since he was hired in 1989. He lives in Crown Heights in Brooklyn with his daughters. Malika, 25, graduated from Oklahoma State University in 2013, and in 2015, she was the 850th-ranked tennis player before an injury kept her out of competition in 2016. Nia, 20, attends the University of Oregon on a tennis scholarship, and Kiara, 18, will start at Tufts University on a full academic scholarship in the fall of 2017.

Rose begins his Sundays upon waking at 6 or 7 am and heading to kitchen to begin cooking. He typically makes something “local” like Jamaican ackee, a fruit cooked like a vegetable. with salted cod fish. He usually accompanies that with dumplings or roasted breadfruit and a chocolate drink made with locally grown chocolate from Jamaica. He makes the drink by grating a 4 to 5-inch stick made from beans into a pot, mixing it with cinnamon and coconut milk until thick. He usually makes breakfast for his daughters before he leaves for work and leaves it ready for them when they wake. 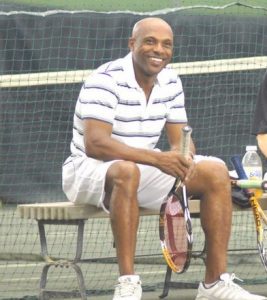 Rose says he usually works for six hours on Sundays and then meets his daughters in the park to play tennis. Sometimes he stops at church first to attend an early service. They run drills or play with others in matches arranged beforehand. Rose coaches them as they play.

After tennis, the family goes home for dinner, where Rose cooks chiefly vegetarian foods with occasional goat or oxtail curry that he has prepped in the morning before leaving to work. He cuts all the fat off the meat, uses no oil, and marinates the goat with curry, green onions, thyme, garlic and black pepper. He prepares the oxtail the same way, sometimes adding butter beans. Sometimes he cooks fish for dinner, wrapping it in vegetables in oil and steaming it. Rose also makes ice cream for dessert on occasion, usually rum raisin made with Jamaican rum. During dinner, the family often discusses politics.

One of Rose’s passions is to help support children in Montego Bay, where he is from. He, his brother and a friend started a tennis program at the SOS Children’s Village Barret Town orphanages, so he collects rackets, shoes, clothing and other equipment that he packs in barrels and sends to Jamaica. He visits the homie when he is in Jamaica and runs tennis clinics there. So after dinner, he often spends time organizing these activities.

Rose ends the day by watching television, with MSNBC his favorite channel. He ma also watch sports and is especially fond of Yankee baseball. He sometimes watches track and field or soccer – and tennis. Then he takes a shower and goes to bed about midnight.