How Not to Destroy Your Parent-Child Relationship - Jamaicans.com 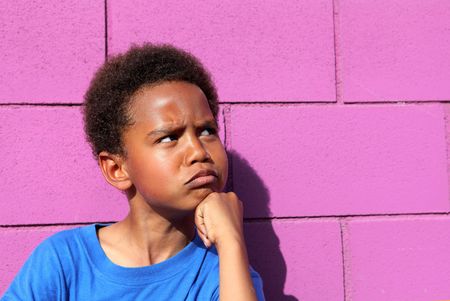 A friend recently shared with me the torment her daughter and family have been going through over the past year, and some awful memories came rushing back. Memories of a childhood where overweight was a curse met with bullying and ridicule, even by the people who claimed to love you. In those years and in our country – Jamaica, depression wasn’t a real thing. The feelings of self-loathing you developed because everyone else treated you like a pariah were simply you being a spoiled baby.

Much of that is still the same in any ethnic or social group. As a result, parents are often blamed for not recognizing the signs of a troubled childhood. But many parents see the issues up close and personally, and dismiss them as kids being kids. It is not from a lack of love, but a lack of understanding, especially if you’ve never been the victim of psychological assault yourself.

For the child who suffers, the dismissiveness of the parent may hurt more than whatever stress they’re enduring from their peers. Parents seem to have a habit of blaming their children for being children. Rarely do they acknowledge that they too, as parents, make mistakes and aren’t perfect. They too have been careless and suffered preventable loss or injury, not because they are bad people, but simply because they are human. Probably wanting to live a perfect life vicariously through their children, they judge their kids much more harshly than they do themselves. It’s a troubling dynamic.

For my friend, her child’s reaction to bullying and personal insecurity ran the gamut from self-cutting, to an attempted suicide. In my own family I recently learned that one of my sisters went through a long period of depression because of our parent’s reaction to a robbery she survived. Our parent blamed her for being where she wasn’t supposed to be, instead of rallying to give her emotional support through this near-death experience. Over ten years later, the damage from that reaction is still being undone. But I’m happy to confirm that my sister is a beautiful young woman with an amazing life ahead of her. With therapy and time, hopefully my friend’s daughter will also grow into a greater purpose. She’s planning on writing a book about her experiences so that parents don’t miss the warning signs before it’s too late to help their relationships with their own children, or even save their kids’ lives.

I don’t have any children of my own, but having been a troubled child and seeing lots of the parent-child dynamic from the outside, I have one piece of advice to parents. Find a way to teach your child that actions can have consequences they won’t be happy with, without making them feel like they deserve the bad things that happen if they make a wrong decision. Blaming your child for their own suffering will only make them feel crappy, and if you’re a good parent, possibly make you feel worse.