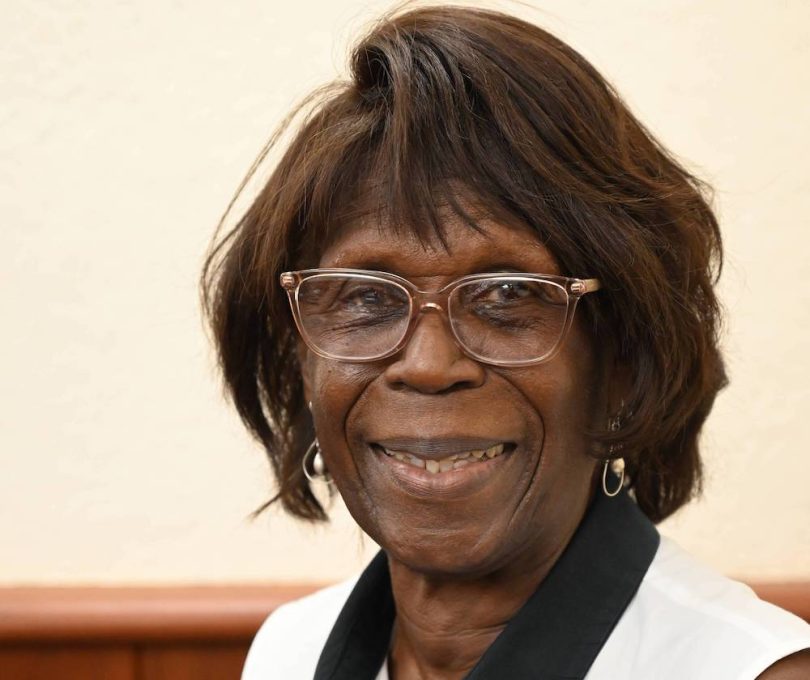 Noted Educator and Olympian, Vilma Charlton, OD., will be honored with the Pioneer in Athletics & Exemplary Leader in Sport Award, at the inaugural staging of the Labor of Love Luncheon being put on by Team Jamaica Bickle Inc., the New York-based organization that provides hospitality services to Jamaican (and Caribbean) athletes at the Penn Relays held annually at the University of Pennsylvania in Philadelphia, PA. The beautiful Spring affair will be held on Sunday, April 24, 2022, 12 p.m. to 5:00 p.m., at the Crest Hollow Country Club, 8325 Jericho Turnpike, Woodbury, New York. Other honorees are Stephen Drummond, Esq; Dawn Warren Esq., David Warren Esq., and JoAnne Squillace Esq.

Ms. Charlton is being honored for her distinguished and transformational career and leadership in the field of sport and as an educator.   As an athlete, Ms. Charlton represented Jamaica at the 1964, 1968 and 1972 Olympic Games. She won gold in the 220 yards at the 1965 West Indian Championships and won a bronze medal for the 200 yards at the 1966 Central American and Caribbean Games. She also won gold as part of the 4×110 yard relay at the same event.   An alumna of Pepperdine University, Ms. Charlton was inducted in the Pepperdine University Hall of Fame in 2017.

Ms. Vilma Charlton who holds B.Sc. Physical Education and a M.A. (Ed.), from Pepperdine University, pursued a career in education, right out of college.  Her distinguished and foundational work ensures that the structure and resources for the island’s sporting program remains solid and world renowned through generations. Although she has retired as a lecturer from the University of the West Indies, Institute of Education, she remains the Chief External Examiner for all Tertiary Institutions pursuing studies in Physical Education and Sport.

Ms. Charlton work is far-reaching, regionally. She is a Qualified Master Course Conductor for Physical Education Teachers and Coaches in the Central American and Caribbean (CAC) Region. She was the Chief External Examiner for the first ever sitting of Physical Education and Sport for the CXC, CSEC Examination in 2003, a position she held until 2013. She was also Member/Chairperson of the Committee which designed and piloted the Bachelors’ Programme for the G.C. Foster College of Physical Education & Sports and currently serves as Chairperson for the revised Early Childhood Diploma Syllabus in Physical Education for Teachers’ Colleges.

She has served as an IAAF (International Association of Athletics Federations, now renamed World Athletics) Instructor, and, as an official in a wide range of various national track and field events.

She, along with Dr. Rachael Irving were editors for the book entitled “Jamaican Gold: Jamaican Sprinters.” Both received an award, the ‘Bestselling General Interest Book’ from the ‘University Of The West Indies Press’ in 2012.

Her publications include the Implications of Lifestyle Issues on Healthy Living and issues related to physical education as well as to track and field.  More importantly she has published an article on The Challenges of Teaching Physical Education in Jamaica.

Ms. Charlton has served on the Executive of the Jamaica Athletics Administrative Association (JAAA) through many administrators dating back to the 1980’s and has accompanied several National Teams in Management capacities. She currently serves as the organization’s 4th Vice President.

She continues to give her time and service to Jamaica in the fields of education and sport.

About Team Jamaica Bickle
Team Jamaica Bickle, Inc. is a 501(c) (3) not-for-profit organization based in New York and formed in 1994. Under the leadership of Irwine G. Clare, Sr., TJB provides hospitality support for Jamaican athletes who compete at the annual Penn Relays Carnival, held at the University of Pennsylvania. Team Jamaica Bickle, Inc., supports athletes and athletic and youth programs across the Caribbean and the United States. In 1999 TJB became the first Jamaican organization to be a participating sponsor at the Penn Relays. As a result, the Jamaican flag became the first foreign nation’s flag to be flown at the Penn Relays, a distinction unmatched. Over the years, TJB has received several proclamations and awards from numerous local and national entities.