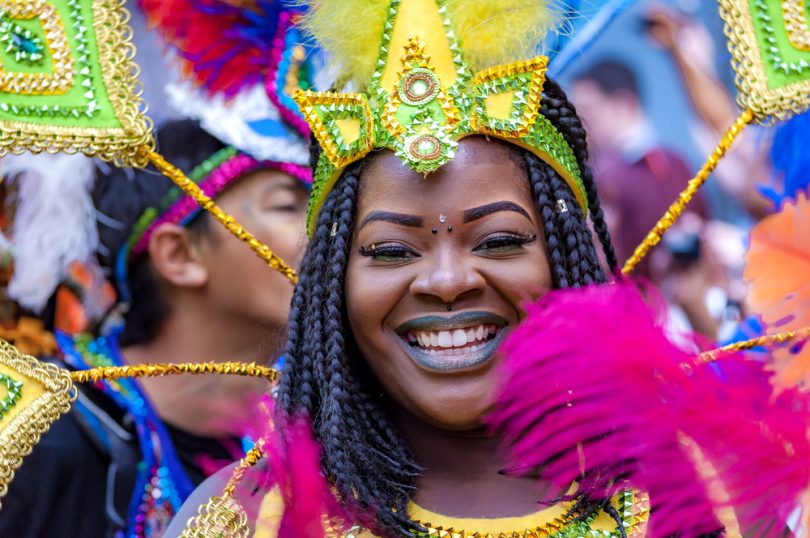 The Notting Hill Caribbean Carnival in London, which is the biggest street festival in Europe, typically attracts some 2.5 million visitors over its two-day run. Now, for the first time in its history – 54 years and counting – the festival will go digital in response to the COVID-19 pandemic forcing the cancellation of its in-person staging.

Between August 29 and 31, 2020, four channels will stream entertainment and performances to the public. The digital event will be hosted by BBC Radio 1xtra’s DJ Ace and Capital Xtra’s Remel London on the main stage channel of the carnival. Shayna Marie and Yinka of Capital Xtra will host on the sound system channel together with musician Ras Kwame. Other presenters will include Aurie Styla of BBC Radio London, Claire Clottey, and DJ Martin Jay. The festival will be available at nhcarnival.org. Spotify, the music streaming platform, is creating a carnival microsite at Spotify.com/carnival, where fans can access the music of Koffee, The Marleys, and Little Mix’s Leigh-Anne Pinnock. A countdown on the largest Samsung screen in the United Kingdom, which is located at Piccadilly Circus, will launch the carnival featuring 8K content.

During the week prior to the carnival, Samsung will release several mini-films, including a trailer meant to capture the “essence” of the 2020 virtual celebrations. Featured talent in the films include Chef Levi Roots, Samba drumming troupe Batala, Soca dancers wearing carnival costumes designed by Melissa Simon-Hartman, who designed costumes for the Beyoncé “Black is King” visual album, and dancer Elisangela Mahogany.

Matthew Phillip, the executive director of the Notting Hill Carnival, said that the organization wanted to connect with a broader and younger population and facilitate its education about the culture and history of the carnival. With the participation of Spotify and its links to artists and playlists, the event found the perfect platform on which to learn about and appreciate the importance of the Notting Hill Carnival.

While not being able to hold the Carnival in the street in 2020 was “incredibly sad,” it was critical that the decision to go virtual was made in order to ensure the safety of the millions of people who want to participate, Phillip noted. He went on to say that the organizers also want to ensure that the vibrancy, sounds and culture of the Caribbean still had the chance to be on display in 2020. The countdown by Samsung to the biggest event in Europe on the biggest screen in the UK provides the perfect way to celebrate a unique staging of the festival, he said.