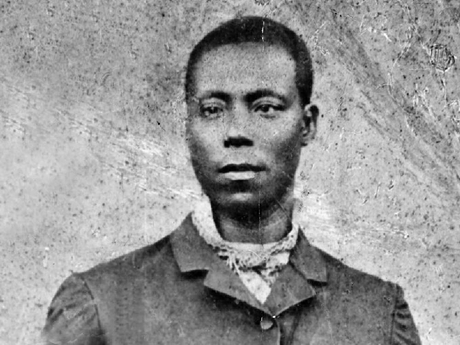 On October 11, 1865, Paul Bogle led 200 to 300 black men and women into the town of Morant Bay, Jamaica, in protest of injustice, poverty, lack of voting rights, high poll taxes, and the conduct of police who, a few days earlier, had attempted to arrest a man for disrupting a court trial, sparking a fight with spectators, to start what has been called The Morant Bay Rebellion.

It is believed that Paul Bogle was born a free man around 1822. He was a Baptist deacon in Stony Gut, just north of Morant Bay, and was eligible to vote during a time when there were only 104 eligible voters in the parish of St. Thomas. Bogle was a political supporter of the parish representative George William Gordon.

Due to extreme poverty and social injustice and a lack of public confidence in the government of Governor Edward John Eyre, Bogle led a protest march to the Morant Bay courthouse, where a violent confrontation with police followed the march.

During the protest, seven men were shot and killed by volunteer militia, prompting the protesters to attack and burn the courthouse and neighboring buildings. Ultimately, 25 people died during the incident, and for another two days, protests rose up across St. Thomas-in-the-East parish and the protestors took control of most of the area. 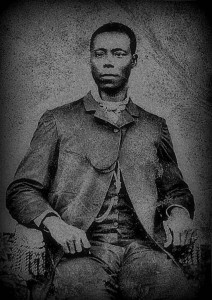 Jamaica’s Governor Edward John Eyre made a declaration of martial law and ordered troops to hunt down the protestors. Many innocent people, including women and children, were killed, and the total number of deaths rose to some 400. Over 300 people were arrested, including Preacher Bogle. Although many of the arrested individuals were innocent, they were quickly tried and executed under martial law. Men and women were punished with whipping and long prison terms, making the Morant Bay Rebellion the greatest act of suppression of the people in the history of the British West Indies.

George William Gordon, a parish representative of mixed race was arrested, tried, and executed by Governor Eyre under martial law as well.

Bogle was captured and hanged on October 24, 1865, but his leadership and strong demonstration for the rights of Jamaicans achieved several objectives. His actions and those of his followers facilitated the establishment of more just practices in the courts and a change in the official attitude of the government, which made further social and economic improvements possible for the people.

Bogle was recognized for his efforts with the award of the Order of the National Hero in 1969 under Jamaica’s National Honors and Awards Act.