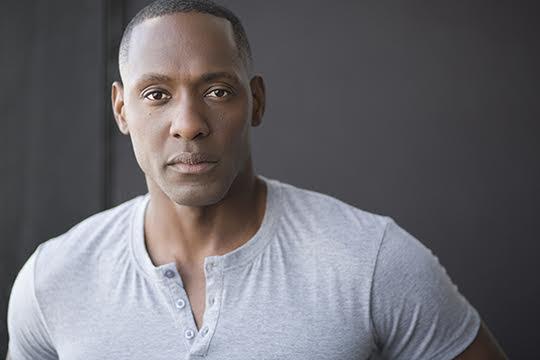 It’s a long way from The Oprah Winfrey Show to the prestigious Cannes Film Festival, where Trinidadian born actor, screenwriter and film producer Paul Pryce will have the World Premiere of his debut film project.

Pryce’s 12 minute short film, a suspense thriller titled Come Out, Come Out, will be showcased at the Cannes Short Film Corner beginning May 22. The film was written and produced by Pryce and directed by his longtime collaborator, Ron Morales.

It is yet another remarkable career milestone for the former model who shot to international attention on The Oprah Winfrey Show back in 1999. It was during the season premiere of the show that year, that Pryce won the title of “Oprah’s Sexiest Caribbean Man” – a competition judged by Winfrey herself along with male supermodel Tyson Beckford – in which he beat out an elite list of Caribbean male models to win the top prize.

Pryce eventually moved to New York City, where he would pursue an acting career, gaining an MFA in acting from the Yale School of Drama along the way. He has subsequently made television appearances in Netflix’s Marvel series Jessica Jones, opposite Krysten Ritter and David Tennant , and AMC’s Unforgettable, as well as numerous theatre credits including  Hamlet, opposite Oscar nominated actor Paul Giamatti.

He connected with writer/director Morales – whose credits include his debut feature Santa Mesa, starring Oscar winner Melissa Leo – some seven years ago.

Morales’ sophomore feature film Graceland won an audience award from the Tribeca Film Festival in 2012 and the “Best Narrative Feature Award” from The San Diego Asian Film Festival in 2012. The film was shortlisted for the Academy Award for “Best Foreign Film” by the Film Academy of the Philippines, and was released theatrically by Drafthouse Films.

Come Out, Come Out – a suspense thriller about a woman who is taken captive by her estranged, jealous husband and must use her wits to save herself and their child- is their first major breakthrough as a creative team.

Pryce and Morales, who also have several other films in various stages of development, are seizing this opportunity at Cannes to garner interest and funding for those projects.

“Of course, being there for the screenings of Come Out, Come Out will be tremendously exciting” says Pryce, “But beyond that we will be presenting a slate of projects to interested investors, among which is a feature titled The Deliverer, the screenplay of which was a shortlisted Finalist at the 2017 Sundance Institute Screenwriters Lab in January.”

Pryce is especially excited about The Deliverer, which would be his first full length feature, and describes it as a crime drama about a fisherman who brokers a deal with a drug runner to traffic narcotics in order to rescue his village from corrupt officials.

The Short Film Corner at The Cannes Film Festival runs from May 22 through 28.