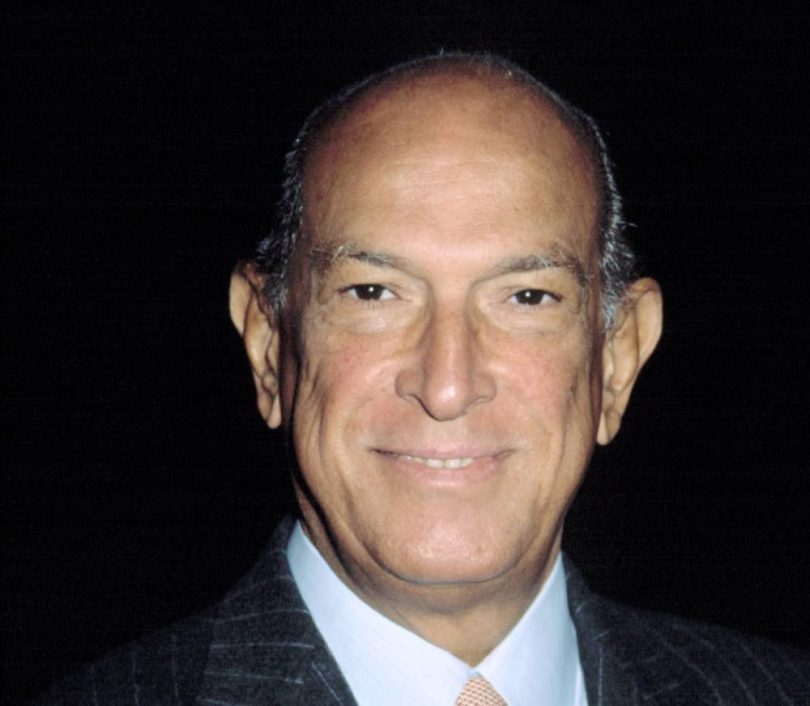 The fashion designer Oscar de la Renta Fiallo was born in Santo Domingo in the Dominican Republic in 1932. He was the youngest of seven children and the only boy in the family. His mother was Dominican, and his father was Puerto Rican. His mother’s family trace its ancestry in the country to 1685. When he was 18, he went to Madrid to study painting at the Royal Academy of San Fernando. To make extra money, he did drawings of clothes for newspapers and fashion houses. Francesca Lodge, the wife of the US Ambassador to Spain John Davis Lodge, saw some of his drawings and commissioned de la Renta to design a dress for her daughter. He was taken on as an apprentice by Spanish designer Cristóbal Balenciaga, who became his mentor. In 1961, he joined Antonio del Castillo in Paris as a couture assistant at Lanvin. He designed the haute couture collection for Balmain from 1993 to 2002, the first Dominican to design for a French fashion house. In 2006, de la Renta designed Tortuga Bay, a boutique hotel at Puntacana Resort and Club in 2006. He won the American Fashion Critic’s Award twice and was inducted into the Fame in 1973. In 1967 and 1968, de la Renta received the Coty Award and in 1973 was inducted into the Coty Hall of Fame. He was the recipient of many awards during his career, including the Council of Fashion Designers Designer of the Year Award in 2000 and 2007. He was presented with the Gold Medal of Bellas Artes and the La Gran Cruz de la Orden del Mérito Civil by King Juan Carlos of Spain and the Légion d’honneur as a Commandeur from the French government. He received the Order of Merit of Duarte, Sánchez and Mella and the Order of Christopher Columbus from the Dominican Republic. He founded an orphanage in La Romana and helped to build a school near his home in Punta Cana. He was considered an unofficial ambassador of the Dominican Republic. The George W. Bush Presidential Center exhibited the clothing the designer created for Laura Bush and other American First Ladies in 2014.