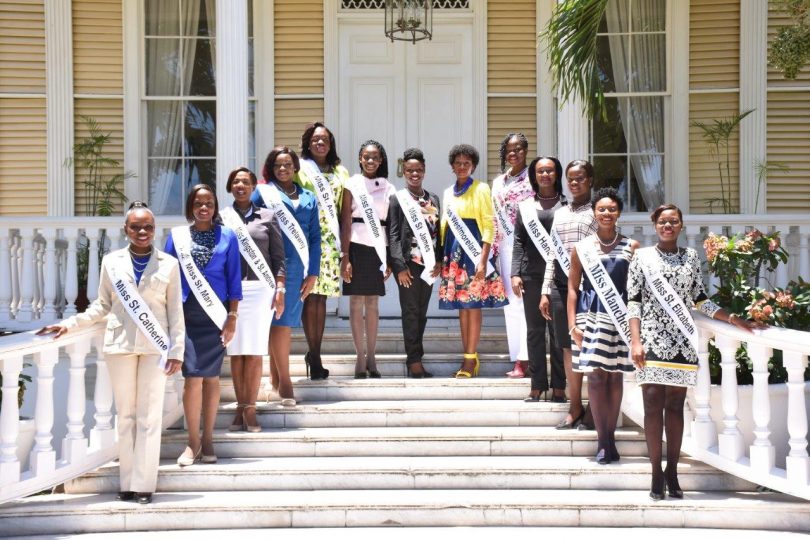 As the 13 talented and culturally aware finalists of the Miss Jamaica Festival Queen competition prepare for their final face-off on the Grand Coronation stage on August 1, they will face a smaller challenge on the Christar Villas Vibes Sports Bar stage, a battle of the Parishes, Karaoke style. The Parish Queens who are in Kingston for the week meeting various social engagements as a prelude to their Jamaica 55 Grand Coronation, will pull out all the stops in an effort out sing each other on Friday, July 28 at their official residence for the remained of the competition, the Christar Villas Hotel at 99a Hope Road, Kingston 10. Beginning at 8:00 pm, the Queens will go head to head to prove which parish is the most vocally talented.

An honoured tradition among the Miss Jamaica Festival Queen competitions of past, the legendary Karaoke night sing off allows members of the public to get the first glimpse of the raw talent the Parish Queens have to offer.

“One of the highlights of the Queens pre-coronation prep time in Kingston is this annual Karaoke Night.” Said Director of Marketing and Public Relations at the JCDC, Stephen Davidson. He continued, “Not only does it create for fun interaction between the Queens and the public, but it also give the sponsors a chance to mix and mingle with the Queens as well.”

Davidson, who further reminisced on some outstanding performances from Queens in the past also mentioned that the Karaoke night was an upbeat way to shed some of the nervousness leading up to the Emancipation Day Grand Coronation to be held at the National Arena.

“While the Queens are in Kingston, they have intense week, full of training, interviews and courtesy calls.” Davidson said.

Some of the week’s other activities leading up to the Karaoke Sing off include courtesy calls with the Governor General, the Leader of the Opposition, the Minister of Culture, Gender, Entertainment and Sport and the Mayor of Kingston, as well as several training sessions covering the areas of Speech and Diction, Walk and Poise and Current Affairs.