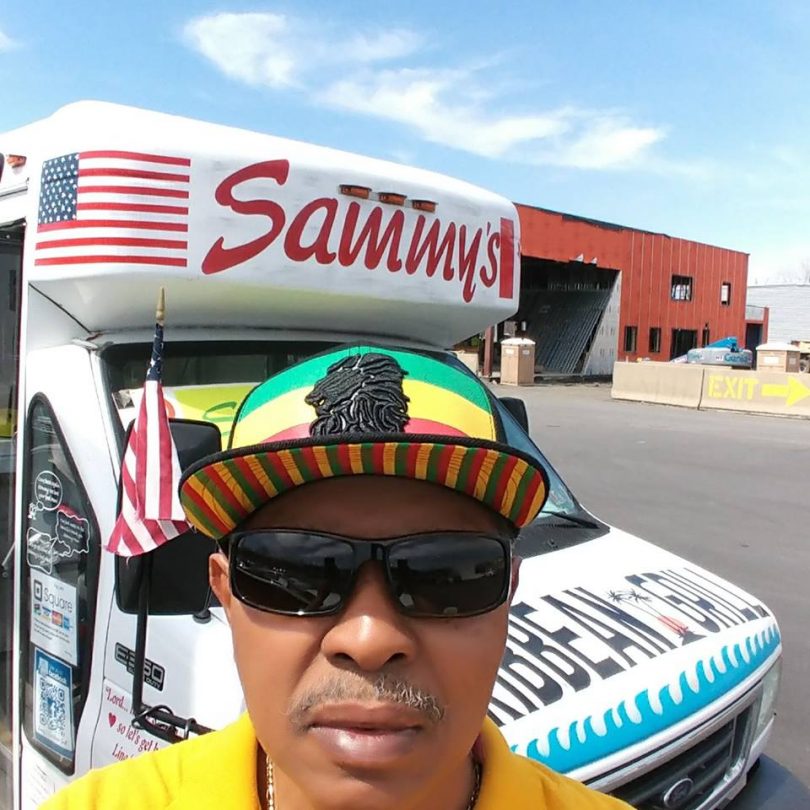 Samuel James, originally from Montego Bay in Jamaica, has been conducting his food-truck business in parking lots, city streets, and festivals across Northeast Pennsylvania for 23 years. As the chef and owner of Sammy’s Caribbean Grill food truck, James has become one of the staples of the region’s dining. James serves fresh Caribbean foods with the hope that the authentic island flavors will leave his customers smiling. Proud of his heritage, displays of Jamaican culture are prevalent on every part of his truck. He makes a point of saying that he was born in the same town as Olympic gold-medal winner Usain Bolt and notes a truck decal that mentions “the fastest man in the world” alongside the truck’s business phone number. He always tells his customers to call him, “and they do,” he said, stating that he loves serving them. James was drawn to the food-truck industry because of his love for the personal relationship with customers, enjoying the individual interactions he has with them. James also enjoys moving his food business throughout the area, which creates a very large customer base. Working as a chef all his life, James catered food on Jamaica’s beaches for 30 years and them moved to Saskatchewan in Canada where he lived for 15 years before moving to Pennsylvania, where his wife of 23 years is from. James brought his love for Caribbean food, dress, and music with him to his food business, and Caribbean music plays from his truck all day. He makes all the food from scratch daily, serving authentic Jamaican beef patties in brown paper bags  just as he used to get them when was a boy in Jamaica. In the summer, James adds exotic flavors to his drinks menu, including lemonade with flavors like strawberry daiquiri, pina colada, mojito, and pineapple.