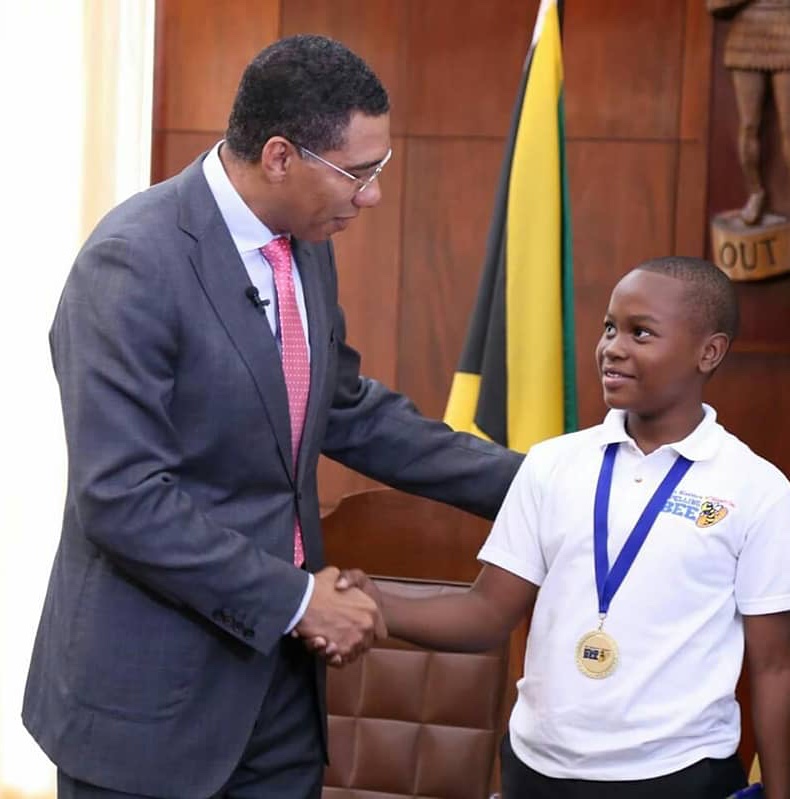 Nathaniel Stone of Jamaica will join students from across the United States in competing at the 2018 Scripps National Spelling Bee in Washington DC.  He was featured in People Magazine.

Stone, 11, became the 2018 spelling champion in Jamaica, and he will be representing a country that is the only non-US nation or territory in history to win the Scripps National Spelling Bee.  Stone displayed considerable confidence, and after 14 Jamaican parish champions took the stage in Kingston for about six hours, he faced his final rival, Daniel Williams. Things ended quickly at this point when Williams, who is in eighth grade in St. James, misspelled the word “platitudinarian.” Stone then calmly followed by correctly spelling the word “orotund,” walked off the stage and gave his father a hug. In commenting on his success, Stone said, “To succeed you have to believe in something so much that it becomes a reality. I believe in myself.” This is the second year in a row that a student from Glenmuir High School in Clarendon became the Jamaican spelling champion. Both students were coached by teacher Errol Campbell. The man behind Jamaica’s history of outstanding performance in spelling was Reverend Glen Archer, a high school teacher who has been described by Scripps’ executive director as “the greatest spelling coach of a generation.” Archer had coached 25 Jamaican national spelling bee champions between 1986 and 2014; he died in 2015. The Scripps National Spelling Bee competition is scheduled for May 27-31, 2018.