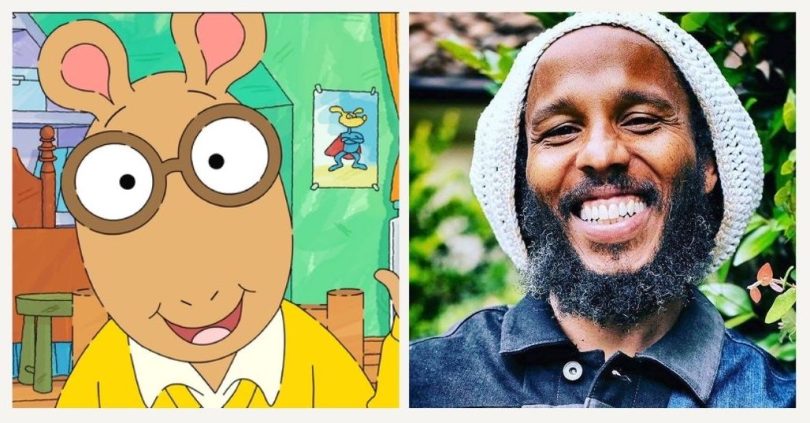 The popular and long-running children’s program “Arthur,” which aired on PBS for 25 seasons, broadcasted its final episode in which the futures of its characters are explored and the voice featured in its theme song was revealed to be that of Grammy-winning Jamaican reggae musician Ziggy Marley. Although Marley’s voice is highly recognizable, “Arthur” fans were surprised to learn that he performed the vocals of the catchy tune, which originated in 1996.

The origin of the “Arthur” theme stemmed from the time Marley and his Melody Makers band released the song “Love Power” as part of the soundtrack of “Muppet Treasure Island.” Marley also recorded the song “Hey What a Wonderful Kind of Day,” renamed “Believe in Yourself,” and finally released it as the theme for the “Arthur” program. Marley performed the song during an animated segment on “The Late Show with Stephen Colbert” in 2017 with Colbert, Jon Batiste, and Chance The Rapper, who had covered the song in 2014 during a special called “Arthur – It’s Only Rock ‘n Roll.” The song has also been recorded by the Backstreet Boys.

Ziggy Marley, the eldest son of reggae legend Bob Marley, was born in Kingston, Jamaica, and has forged a stellar career over the years, beginning in 1979 when he formed the band “The Melody Makers” with his siblings. Since then, he has also had a successful solo career and many featured collaborations with well-known musicians. He also appeared on several television shows and is the winner of multiple Grammy Awards. His album “Family Time” won the Grammy for Best Musical Album for Children, and his single “I Love You Too” won a Daytime Emmy Award for Outstanding Original Song – Children’s and Animation. He has applied his talents to numerous and varied projects, including performances as the voice of the Rasta jellyfish in “Shark Tale,” the voice of “Coackadle” in “My Gym Partner’s a Monkey,” the Cheshire Cat in “Wonder Pets,” and Reflux the Knaaren in “Rayman 3: Hoodlum Havoc.” Marley also performed Bob Marley’s iconic “Three Little Birds” song on the soundtrack for “Dora the Explorer.”

Marley founded Unlimited Resources Giving Enlightenment (URGE), an organization helping children in Jamaica and Ethiopia, and is a supporter of “Little Kids Rock,” an initiative that provides music lessons and instruments free of charge to public school students in the United States. 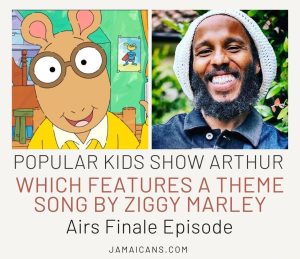