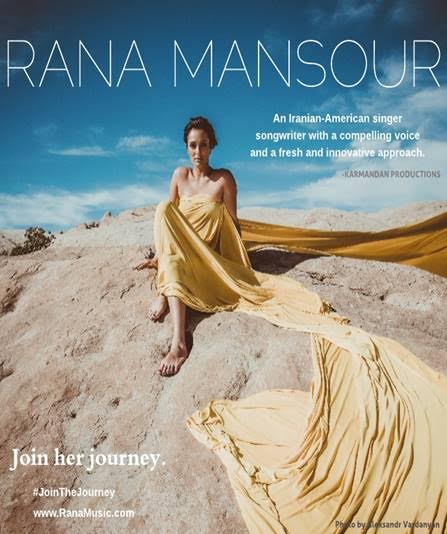 Rana Mansour is an Iranian-American artist who has appeared on major international TV networks and programs (Bravo, VH1, BBC, VOA, and Manoto TV). Her single, “Shohare Pooldar” (Rich Husband) from her debut album, has been an instant hit in the indie-Persian music scene. She lives in Los Angeles with her husband and producer Erwin Khachikian – who is a member of Serj Tankian’s (System Of A Down) solo project and creator of the unconventional Persian rock group Karmandan – and has produced and toured with numerous Persian artists since the mid 90’s.

The album tracks were all handpicked by Erwin and Rana (a few even written by Erwin himself) and carefully chosen to match her taste and class. The result of Rana’s pioneering dedication, focus, and consistency, is an innovative offering that clearly sets her apart amongst Iranian-American musicians. She has clearly made her mark on the Persian scene as a leading artist.

The duo has collaborated on an all-English project called THE ANIMATES. The band’s sound has an 80’s pop familiarity with a current feel, based around Rana’s strong and emotive vocals.

Currently Erwin and Rana are booked this fall in US, Canada, and Europe in various venues to promote Rana’s debut album release and THE ANIMATES project.