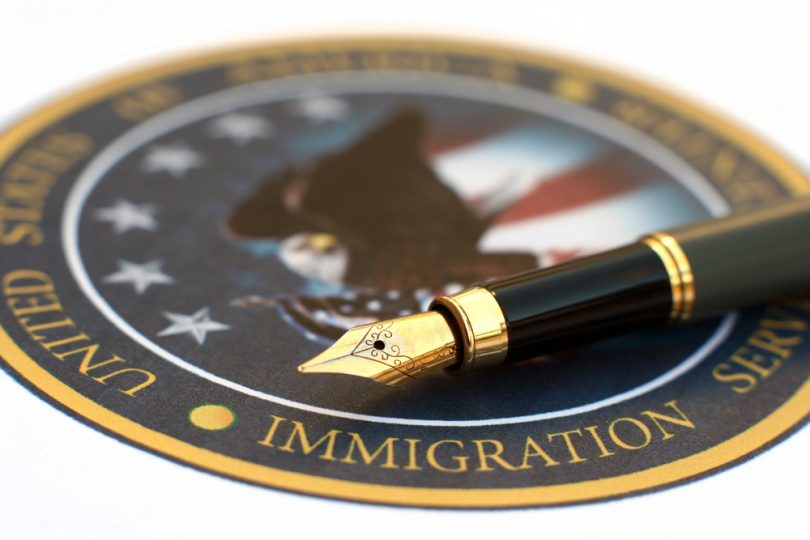 Hello everyone.  Today I wish to share some recent developments in US immigration law with you, to give you a flavour of all that is happening at any given time in US immigration law.   First, the US Supreme Court heard very interesting legal arguments in a case on Wednesday 14 October.  The Justice Department (The US government attorneys) argued, during a virtual hearing that the burden of proof for requesting cancellation of an undocumented immigrant’s removal rests upon the alien and not the government.  The case involves Mr. Clemente Pereida an undocumented alien who came to the USA some 25 years ago.  He faces deportation because he fraudulently obtained a Social Security number to get a job, which is  a misdemeanor.    The attorney arguing on behalf of the US government  proffered current law  “puts the burden of proving eligibility on the alien, including a lack of disqualifying convictions”  In this case the criminal records for Mr. Pereida are spotty at best and  his conviction records are quite incomplete, yet the government still wants to rely on such documents to deport him.  The US government continues to take a very harsh and inhumane position as to aliens, who have had quite minor scrapes with the law.  Mr. Pereida has been in the USA for some 25 years, worked hard and his only indiscretion is to fraudulently obtain a social security number so he could work.  Interestingly Justice Kavanaugh expressed considerable doubt with the government’s argument.  The written decision of the Supreme Court will be rendered in the future, at the latest by July 2021.

Next, Judge Amy Comey Barrett, recently tapped by President Trump to be appointed to the US Supreme Court during questioning on Day 3, of  her US Senate confirmation hearings,  refused to say whether she thought separating migrant children from their parents at the border is “wrong”.  Truly?  Is she not a mother of children?  Seems to me it is more controversial not to say such a policy is wrong than to evade the question.  But politics is a dreadful business in many ways.

The number of migrants captured crossing the U.S.-Mexico border illegally rose for the fifth straight month in September 2020.  Earlier this year (2020), the Trump Administration implemented a policy that allowed Border Patrol Agents to immediately expel,  from the U.S., any individual caught illegally crossing into the U.S. But the policy had no real teeth, in that there were no consequences for anyone doing so.  Many migrants are making repeat attempts to cross into the U.S.  US Customs and Border Protection chief Rodney Scott advises the repeat number has climbed to 50% at some points along the border.  People are desperate, and willing to take huge risks, including sacrificing their lives to come to the U.S.

The Executive Office for Immigration Review (EOIR) recently announced the investiture of 20 new Immigration Judges (IJ), including three new assistant chief immigration judges.  Since January 2017, The Department of Justice (at whose pleasure IJ’s serve) has increased EOIR’s immigration judge complement from 306 to 520.  That is a nearly 70% increase.  Yet, there is still a backlog of immigration cases before IJ’s of some 1 million cases, yes that right 1 million cases.   Moreover, many immigration courts have been closed due to the Covid-19 pandemic.  Yet the US government keeps putting more and more people into deportation/removal proceedings.  Many of whom have very minor transgressions, such as minor criminal convictions.   The logic escapes me.   The Obama Administration had a policy of trying to deport/remove dangerous evil people.   Such as murderers, major drug dealers and career criminals, quite reasonable.  This administration wants to deport any and everyone.  Quite unreasonable.

If you have any questions on US immigration law or need representation in a US immigration law matter, please contact me.   I may be contacted as follows: via telephone at (305) 648 3909 or via e-mail at [email protected].  In the meantime, until my next article, walk good.

Photo by rupixen.com on Unsplash