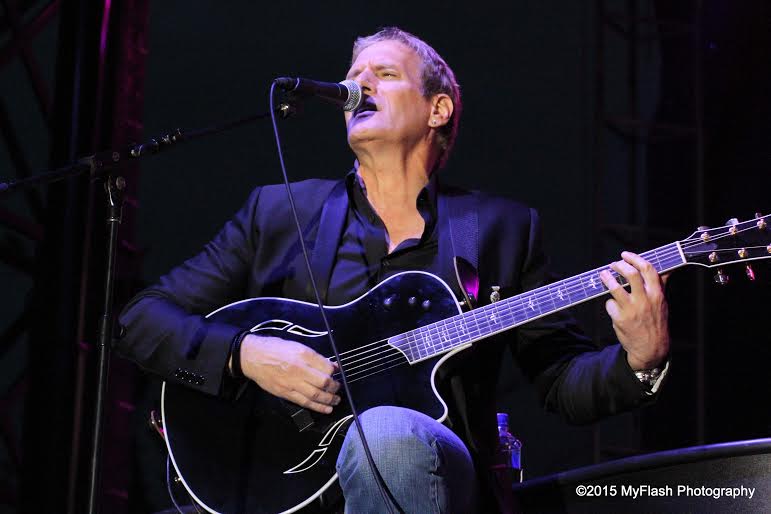 Groovin’ In The Park is now five yeas old, and a stellar line up and sensational performances have become the hallmark for the greatest reggae and R&B concert in New York.

This year was no different and promoters went above and beyond the call of duty to ensure that the 20,000 plus patrons who attended the festival got their money’s worth.

Despite the threat of rain darkening the skies, Stitchie was a brilliant ray of sunshine as he dominated the stage, thrilling fans with old favorites like ‘Wear Yuh Size’, ‘Natty Dread’, ‘Great Ambition’ and ‘Bun It Down’ to his recent hit ‘Letter To Dad’. From he entered the stage wearing the national colours of Jamaica, Stitchie immediately engaged the audience, unleashing a powerful, clever and compelling  barrage of lyrics that whipped the audience in a frenzy. Stitchie defied gravity with his leaps and somersaults in between dancehall and gospel lyrics. He left the stage with a sea of new fans as the excited audience screamed for more and more.

For the second consecutive year, Judy Mowatt performed at Groovin In The Park, blessing the audience with songs such as I Shall Sing and Many Are Called. As it neared the end of her performance, she invited Groovin executives Chris Robert and Clement ‘Ras Clem’ Hume to the stage, presenting them a plaque for their efforts and contribution in advancing Jamaican culture in New York.

Messenger Luciano high kicks and fancy footwork had patrons scampering to the front of the stage. Appeasing the masses, Luciano jumped into the crowd, belting out hits such as ‘Sweep Over My Soul’, ‘Your World and Mine’ and ‘Give Praise’. ‘It’s Me Again Jah’ also proved to be popular with revelers, who sang along word for word.

Coco Tea sweetened the day bringing his unique blend of wit and charm to the stage. He dazzled patrons with a brilliant performance, kicking off his set with ‘Babylon Throne’ and ‘Kette Drum’, that immediately sent fans into a dancing mood.

“Hold up yuh hand if you love Coco Tea style,” he shouted, as a sea of hands reached to the sky. After a 25 minute set, he came back for an encore during which time he serenaded the ladies with  ‘Good Life, and Sanchez’s ‘Never Gonna Let You Down’.

‘The Fire Man’ Capleton worked hard to create a spark with ‘Jah Jah City’ and ‘That Day Will Come’ before instructing patrons to ‘thumb the sky’ as he blazed a fire on ‘immorality, racism, ebola, chickungunya, incest and pedophilia.’ His set was interrupted by MC Barry G, who broke the news of a special surprise guest in the park.

Six time Grammy winner Stephen Marley joined Capleton, the two performing ‘Rockstone’ and ‘It Was Written’. Marley effortlessly connected with the audience with the passion of his father’s legacy. Luciano and Coco Tea once again made their way to the stage and together, all four belted out the lyrics to Bob Marley’s ‘Three Little Birds’. Inspiration filled the air, reminiscent of Bob Marley’s performances.

After a brief intermission, that showcased the musical styling of DJ Inferno, the penultimate act, Billy Ocean, waltzed onto the stage and immediately created waves of excitement in the park. Working through an impressive catalogue that included ‘Get Out Of My Dreams’, ‘Love Zone’ and ‘When The Going Gets Tough The Tough Get Going’, Ocean showed why he is still the consummate performer.

“I wanna take you to a place where we drink pina coladas,” he told the ecstatic audience, who by now, were eagerly awaiting Caribbean Queen. Fans joined him in the chorus, often times drowning out his own voice as they grooved to the music.

There is no denying that  Grammy Award winning superstar Michael Bolton,  who millions have come to love, is a very dynamic performer. Songs such as ‘To Love Somebody’ and ‘Said I Loved You But I Lied’, had lovers in the audience wrapped up in each other’s arms. He was later joined on stage by Amanda Brown and together they had patrons crooning ‘How Am I Supposed To Live Without You’ and ‘Ain’t No Mountain High Enough. He ended his set on a musical high with a tribute to the late Percy Sledge by covering his hit single ‘When A Man Loves A Woman’.

“We are very pleased and happy with the outcome of this year’s presentation. The vibe was amazing and the music was superlative. I am thankful that the weather cooperated and that everyone enjoyed the show. I must also thanks our sponsors for their support again this year” Christopher Roberts, CEO of Groovin’ Inc. said. He also made special mention of Groovin Idol performers Vision, Pres Fyah, Taj Manchan and Iyata Safari who all delivered fine performances in the opening segment of the concert.