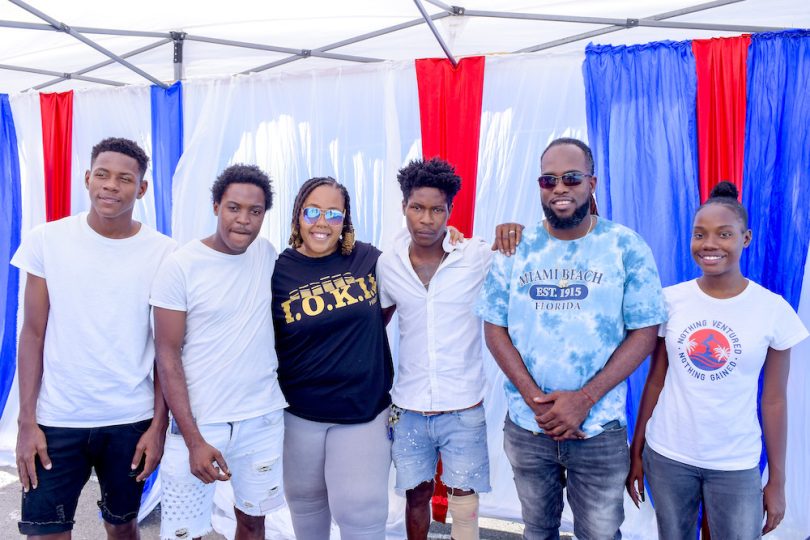 Activism is a courageous yet inspiring feat from a young person, especially during these times but nevertheless, a young social impact advocate turned artiste manager and producer Andre Blackwood is doing his part for the community of Fletcher’s Land. 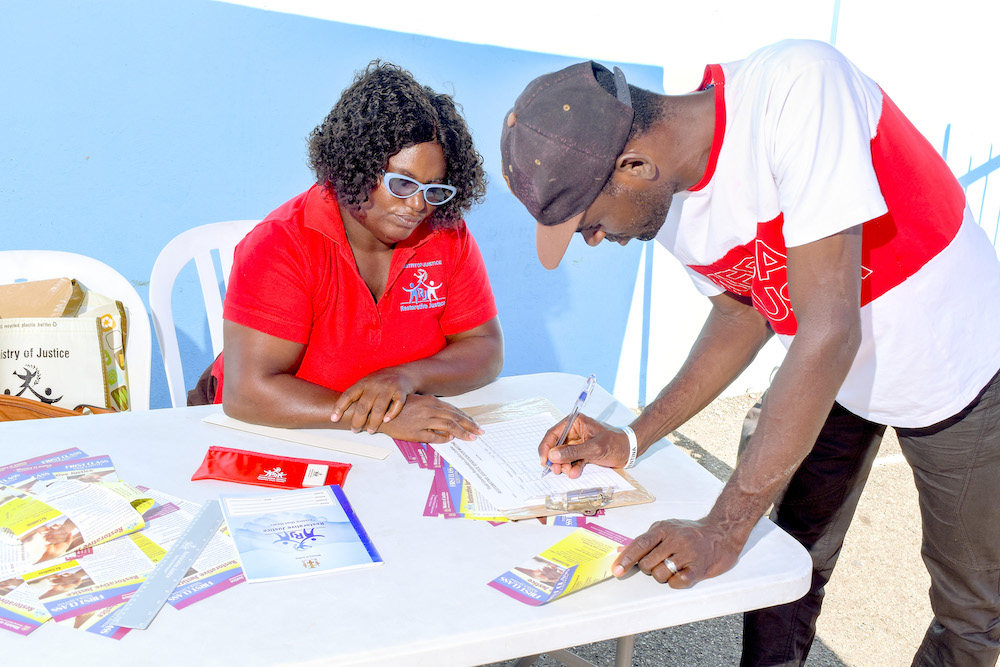 Among the list of speakers for the Gud Vybz initiative was a representative from the Ministry of Justice, Ava Williams- Nunez who provided information and materials surrounding the benefits of restorative justice.

The first workshop focused on gender-based violence which was championed by counselor Jayson Downer of the Men of God against Violence and Abuse who spoke to the group of young men and women about abuse in relationships. In a twenty-minute interactive discussion, he pointed out that there has been a significant increase in intimate partner violence citing, “Men are ninety percent of the time perpetrators of intimate partner violence.“

He advised the young men and women to not hesitate to discuss their feelings with a counselor if necessary and posed the idea of emotional regulation and intelligence, something lacking in today’s society. 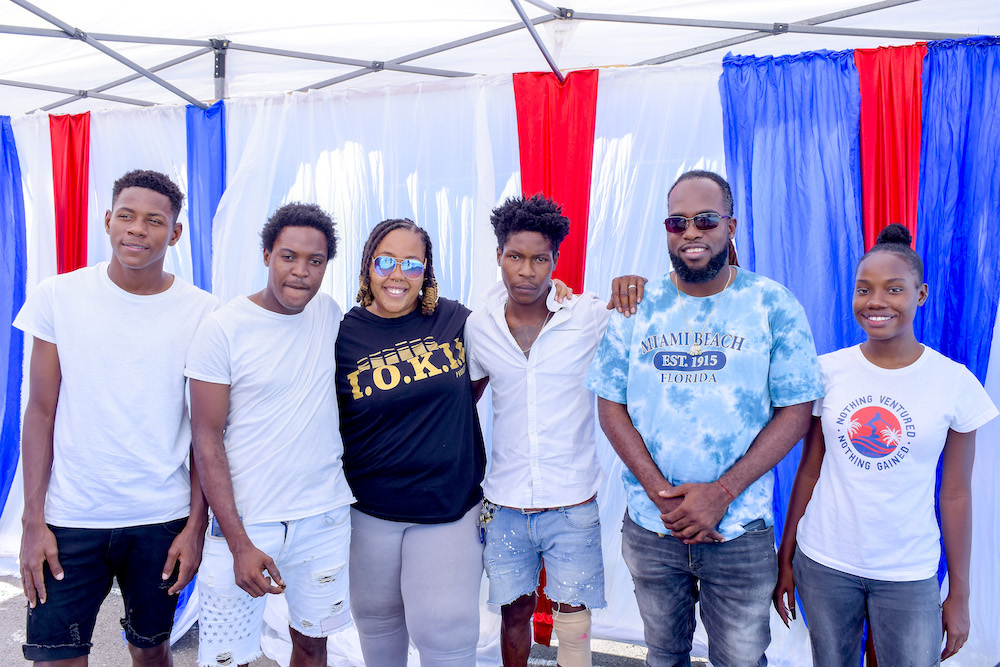 Founder and CEO of Ioki Productions, Andre Blackwood and Chief Operations Officer of Ioki Productions and Marketing Manager of Voices for Jamaica Today, Patrice “QSoul” Pinkney were joined by a few of the youths who took part in the workshop series held in Fletcher’s Land, under the ‘Gud Vybz’ initiative.

The third workshop centered around drug awareness conducted by Ruth Deen from the National Council of Drug Abuse, Addiction Alert who touched on that drugs can be in three categories: stimulants, uppers or downers, such as nicotine, alcohol, weed, and hallucinogens like molly and LSD respectively. She explained how drugs affect the body, something that most youths are unaware of, “If you see a friend struggling, tell an adult and get them some professional help. There are places that offer support. Abusing drugs is not worth the risk to the body.” she concluded.

The day’s events concluded with Apryl McIntosh, CEO of Niche Entertainment who spoke on the fundamentals of the entertainment industry. An industry the record producer and advocate Andre Blackwood feels needs more education from a business perspective.

Of the initiative which he hopes to continue into the new year, “We really want to help guide the youth of Fletcher’s land by having more community building and other programmes that will help them thrive and ultimately support the fight to end gun violence and gender-based violence in Fletcher’s Land.” shared Andre Blackwood Founder of Ioki Productions and Community Activist of The Voices For Jamaica Today Foundation.