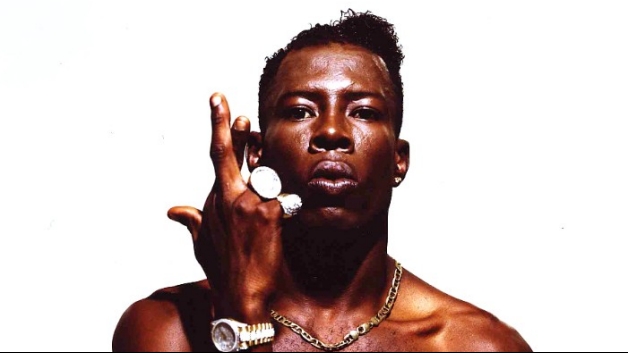 In wake of the ongoing gentrification of Reggae music and even more so, It’s popular sub-genre dancehall, I continue to find articles from non-Jamaican or of no Jamaican descent music commentators describing a “Poco” beat as “dembow”. This is a mistake and when put into contexts, a pretty silly one. Here’s where keeping it real in these cases, goes wrong.

The term “dembow” is taken from Shabba Rank’s Steely and Clevie produced 1990 hit single Dem Bow. The terms in which Shabba speaks describe an intimate act(of which I won’t go into detail) between consenting adults that is frowned upon by much of Jamaican culture. It DOES NOT describe nor does it elude to the popular repetitive drum pattern upon which the song is laid out. Furthermore, this often used in some variation or another distinctive percussion style didn’t even originate with that production. To top it off, Dem Bow released in the company of several other songs on the Poco Man Jam riddim including the title track by Gregory Peck which ACTUALLY DESCRIBES THE BEAT! Not sure how these writers have arrived at their collective conclusion but if you’ll allow me to provide some background, I’ll gladly enlighten you on the origins of Poco.

The term “Pocomania” comes from surviving elements of African religion that blended with Protestant Christianity which culminated during the time of Jamaica’s Great Revival starting in the 1860’s. Small local bands led by a Captain, Mother, or Shepherd/ess associated with the church would lead large groups from the community to celebrate and take part in mass baptisms down by the river. The tradition still lives on in parts of Jamaica and the Poco “Riddim” eventually made it’s way from it’s traditional roots into the production of popular Jamaican music in the 70’s and by the 90’s became the standard foundation of drum patterns for Jamaican music.

With the recent craze in Pop, Hip-Hop and R&B music being wrongfully described as Tropical House, many music bloggers, publications and connoisseur’s have taken to correcting this mistake, rightfully describing the sound that’s taken over the airwaves for the past two years or so as Dancehall. The mistake they’ve made isn’t identifying this rhythm pattern, it’s correctly labeling what they’ve identified and acknowledging it’s origins.

The fact is that while most dancehall purists are grateful for the appreciation and adoration for what we’ve known is an incredible and versatile art form for decades now, it is a piece of our culture. This is something that is undoubtedly and distinctly Jamaican which is being white washed, monetized and exploited internationally with very little benefit going to it’s Jamaican originators and caretakers who’ve nurtured it though good times and bad. With the exception of Sean Paul, over the last decade or so international radio has been almost completely void of Jamaicans in spite of the recent heavy rotation of Dancehall flavored tracks backing U.S., U.K. and Canadian acts. Think about it this way, how would you feel if Betty Crocker started selling your mom’s recipe and wouldn’t even acknowledge where it came from to begin with?

Anyway, this piece was not written to vent frustrations or lobby against cultural exploitation but rather to educate. In conclusion, “dembow” is not now, nor was it ever, a thing. Now you know better. The next time you hear someone describing a Dancehall drum pattern as “dembow”, correct them and say, “No. It’s called Poco” and if need be, pass on this history, excuse me, OUR-story lesson.