Reggae’s Ziggy Marley & Friends To Kick Off The Grand Opening Of The New Amphitheater At Coney Island Boardwalk In Brooklyn, NY - Jamaicans.com 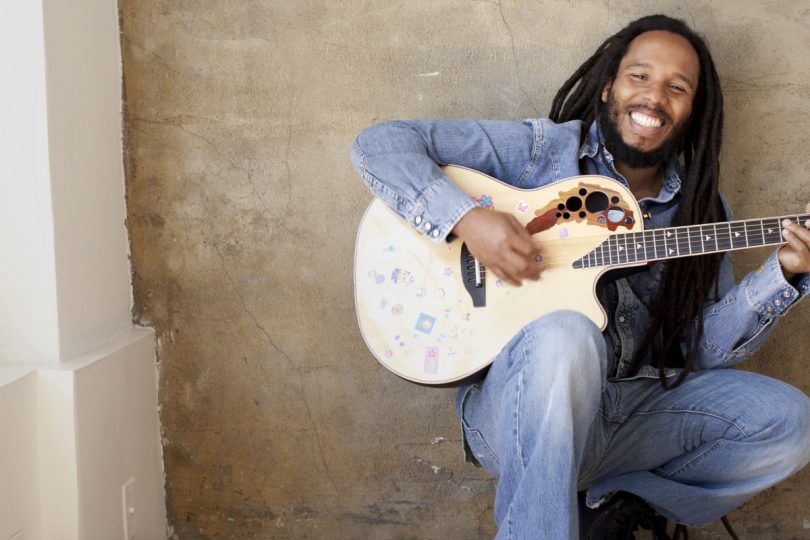 Brooklyn, NY – Join us as Ziggy Marley & Friends Reggae Culture Fest is set to make history by being the first concertfeatured at this new prestigious venue. On Saturday, June 25th, 2016, Jammins Events will have the prestigious honor ofco-producing with Live Nation “Ziggy Marley & Friends – Culture Fest” at the new outdoor Amphitheater located at the worldfamous Coney Island Boardwalk in Brooklyn, New York. Culture fest will feature live performances by renowned reggaeinternational superstars Ziggy Marley, Steel Pulse, Maxi Priest and Ed Robinson. Come out and experience the best in livemusic, great vendors and the beach in the background.

David Nesta “Ziggy” Marley is a Jamaican musician and son of Reggae legend, Bob Marley. In 1979, Ziggy and hissiblings Sharon, Cedella and Stephen formed the Melody Makers – named after the British weekly pop/rock musicnewspaper, Melody Maker – and made their recording debut with “Children Playing in the Streets”. In 1985, the MelodyMakers released their first album, Play the Game Right. Changing names, the group became Ziggy Marley & the MelodyMakers and released Conscious Party (1988) with Virgin Records. The album helped the group break through tomainstream audiences. That year, the group brought home the Grammy Award for Best Reggae Recording. Continuing toexplore social, political and personal topics in his songs, Marley released his first solo album, Dragonfly, in 2003. His nexteffort, Love Is My Religion (2006), won the 2006 Grammy Award for Best Reggae Album. His other hit singles are“Tomorrow People and “Fly Rasta”. In addition to his music, Marley established the U.R.G.E. (Unlimited Resources GivingEnlightment) organization to help children in poverty. Ziggy Marley

Grammy award-winning reggae band Steel Pulse have been true to their roots for over 35 years. One of Bob Marley’sfavorites, the band has maintained a sense of fierce integrity as it strives to get the message of love and justice across toall. Steel Pulse, roots reggae band, from the Handsworth area of Birmingham, England, which has a large number of Afro-Caribbean, other Asian migrants. Steel Pulse were the first non-Jamaican act to win the Grammy Award for Best ReggaeAlbum. Popular hits by Steel Pulse include “Taxi” “Steppin Out” “Chant a Psalm”, “Roller Skates” and “Worth His Weight inGold”. Eventually they found a more natural home in support slots for Burning Spear, which brought them to the attention ofIsland Records.

Max Alfred “Maxi” Elliott, known as Maxi Priest is best known for singing reggae music with an R&B influence, otherwiseknown as reggae fusion, and became one of the first international successes and one of the most successful reggae fusionacts of all-time. Maxi Priest was born in Lewisham, London, his parents moved to England from Jamaica to provide moreopportunity for their family and he grew up listening to gospel, reggae, R&B, and pop music. It was in Kingston, Jamaicathat he recorded his third album ‘Maxi,’ produced by Sly & Robbie in collaboration with Willie Lindo. This masterful collectionyielded the hits ‘Some Guys Have All The Luck,’ ‘How Can We Ease The Pain,’ shared with Beres Hammond, and anenchanting cover of Cat Stevens’ ‘Wild World’ which went Top 5 in Britain, Top 10 in the US and also entered the countryand western charts! Some of Maxi Priest most successful hits includes “Easy to Love” “Just a Little Bit Longer” “House Call”“Close to You” and most recently, “Take It Easy”.

Over the years Ed Robinson found himself becoming a key player in the diverse genres of Reggae, Rock, Soul, Hip Hop,and R&B. His first album Once Again was ultimately released by VP Records and contained the highly acclaimed track“Knockin’ on Heaven’s Door”. A second album, Sky is the Limit, was released on Jet Star Records featured powerful Rootstunes like “Bad Minded People”, and a fine version of “Burnin’ and Lootin”. Songwriter and music producer Ed Robinson fifthalbum titled ‘Written in Stone’.

Tickets are now On Sale and can be purchase online at www.ticketmaster.com or by phone at (800) 745-3000. Tickets canalso be purchased at local ticket outlets in Brooklyn: Conrads Bakery, Topaz Restaurants, Silver Krust Restaurant, Tasty

Delicious Restaurant, Faye & Kings Restaurant and Trelawni Place Bar & Grill; Queens: VP Records; and Bronx: MoodiesRecords. Parts of the proceeds will be donated to the AFUWI Scholarship and Provident Clinical Society Brooklyn. For furtherinformation on the concert please contact 718.282.8041.