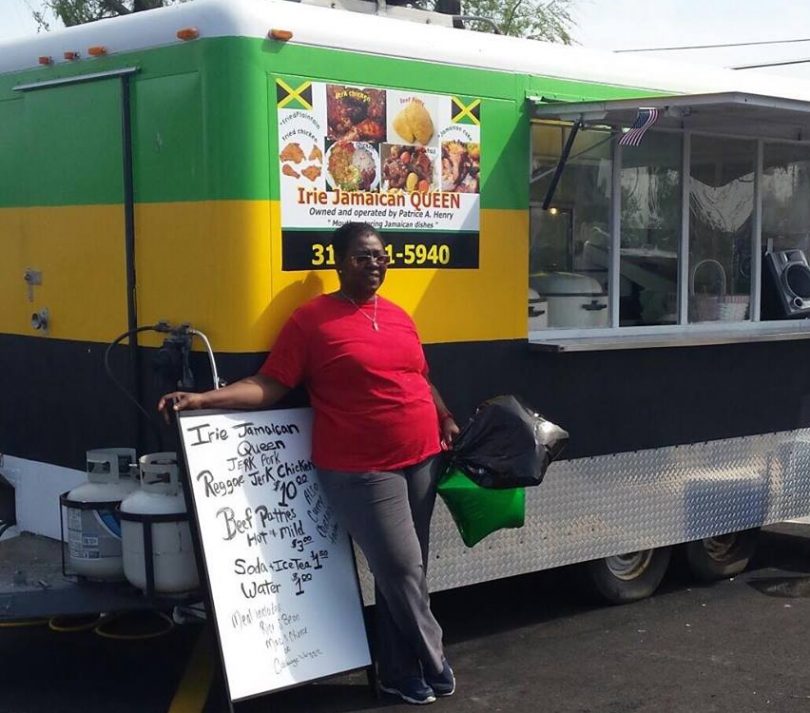 Patrice Henry moved to Auburn, Alabama, in 1993 and found her only food options for dining out were pizza and Chinese food. This prompted Henry, a native of Jamaica, to provide her new home with a taste of her island home. “Who can beat a home-cooked meal? Rice and peas, some jerk chicken, some veggies, cornbread. You can’t beat that,” she said in a recent media interview with AuburnPub.com.

She started out serving those Jamaican staples to appreciative diners at her Jamaican Queen restaurant in 2006, preparing meals of jerk chicken and oxtail for takeout or dining in. Business was booming for several years, and she developed a loyal customer base. An economic recession in 2008 changed everything, and by 2010, Henry was forced to close her restaurant business.

However, her loyal customers still wanted the taste of Jamaica and with their support, the Jamaican Queen continued satisfying their demand through catering and selling food at various events, including the Cayuga Community College Holiday Craft Fair. Henry worked at this approach for several years, and in 2018, she learned about food trailers. By June of 2018, she had purchased a trailer and reopened her restaurant in the smaller, mobile format.

Currently located at the Auto Wash on Great Avenue in Auburn, the Jamaican Queen food trailer serves its signature jerk chicken, curry chicken, beef patties, and other Jamaican treats three days a week. On Wednesday evenings, Henry brings the trailer to the Owasco Farmers Market. Henry cites the high-traffic area near the car wash, which was first given to her on a provisional basis, for her success. The arrangement was made permanent once she began to bring in business to the area.”It’s two-in-one,” she said. “You can come and get your delicious Jamaican food, and also wash your car.” The menu at Henry’s food truck is just about the same as the one in her former restaurant, although oxtail is now a special as it is sometimes difficult to obtain.

Henry still hopes to open another restaurant in the future so she can have a dining room with Jamaican décor. She will continue to keep her trailer for special events and mobile sales regardless, however, since the trailer also has its loyal customers. Henry thinks they stay loyal because Jamaican cuisine offers dishes that are both filling and full of flavor. Her Facebook page displays the extent of her customers’ loyalty through its positive reviews and encouraging comments. Her children have also encouraged her to keep cooking and support her efforts.

Henry cites her children, Lamar, 29, and Michelle Muirhead, 35; and her friends Rebecca McLaurin, who also works at the truck, and Patricia Salva; as well as God for her continued success. “Through God, all things are possible,” she said. “Follow your dreams and your dreams will come true.”