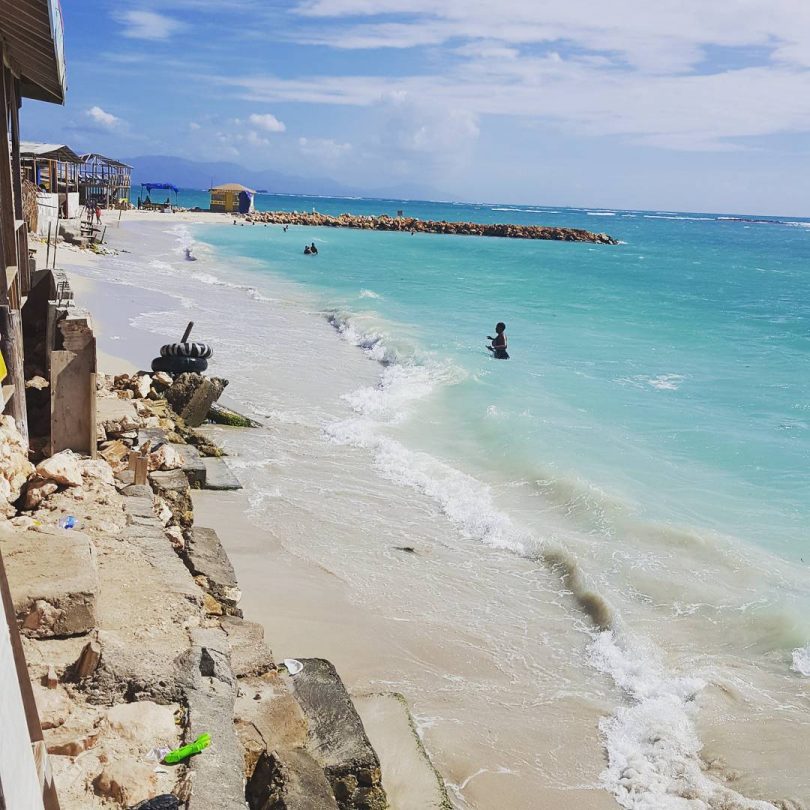 The serious erosion of Jamaica’s iconic Hellshire Beach is now international news after being featured by the Reuters news service. The feature called particular attention to the fact that coral reefs off the beach’s shore have been killed by pollution and rising temperatures. As the reefs disappear, sand on the beach is washed away by the pounding waves. Once one of the most popular locations in Jamaica, especially with Kingston locals. According to Mona Webber, marine ecologist and director of the Center for Marine Sciences at the University of the West Indies, there is no other place on the Jamaican coast where the beach has shown such significant change.

The popularity of Hellshire Beach contributed to its downfall: as more people came to swim, and as more fishermen gutted their catch in the water, damage from pollution increased. Coral reefs are unable to survive in poor quality water, being impacted by excess nutrients and overgrowths of algae. Climate change causes higher sea temperatures and more stress on the coral, and once part of a reef weakens or dies, the other parts become more vulnerable to storm damage. Once the reef is gone, seagrass is exposed to more high wage action, and the beach is compromised, said Webber.
Structures on the beach have also cut it off from the dunes that could possible replenish it as well.

The number of visitors to Hellshire Beach has declined because of the shrinking expanses of sand, which also means a loss of profits for businesses there. According to May Byrou who owns Aunt May’s Fish Place, beach erosion has caused a reduction of between one-quarter to one-half of her business.

Some efforts to retain the beach have been made, including action from the Half Moon Bay Fishermen’s Cooperative, which has put in a groyne, a wall extending from the beach to the water, and restaurant owners have placed sandbags and tires on the beach hoping to save some of the sand.

Webber believes, however, that one of the more effective ways to help the beach may be to abandon it completely and let it recover, or in a less drastic measure, to at least restrict access to it. “There is such a thing as carrying capacity,” she said. The local fishermen have accepted the fact that, at some point, they may be asked to leave the area.