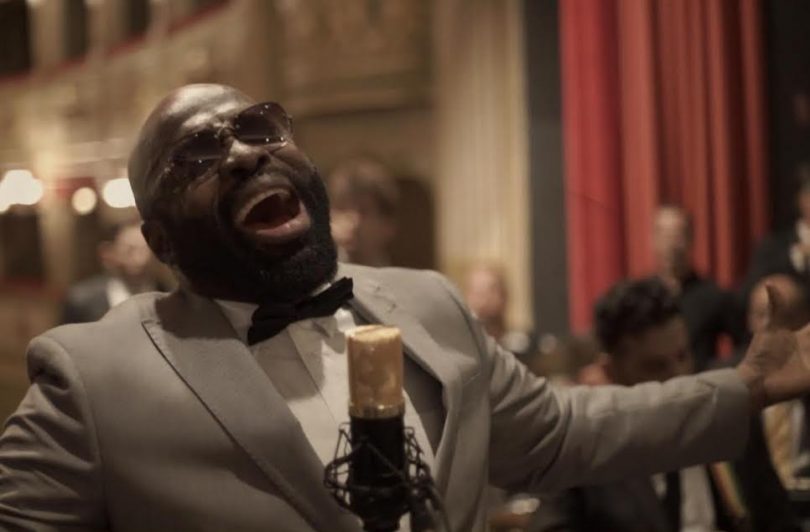 Award winning Jamaican singer Richie Stephens, front man of the newly formed Richie Stephens & The Ska Nation Band is back home after completing a grueling eight week tour of Italy. While in Salento, Stephens took on the herculean task of recording ‘O Sole Mio,’ regarded as the most well known Italian song in history.

“We are talking about an iconic, best selling song that was written in 1898 that is near and dear to the people of Italy” the singer disclosed. “It is an important song – the Bob Marley, One Love classic of Italy. I had to do justice to it. I am still amazed that I was able to pull it off the way we did. Paying homage in this way will no doubt help to strengthen the bond between Italy and Jamaica” Stephens said.

Ska Nation Band member Papa Leu who produced an original Ska rhythm for the Napoleon classic said he was elated to be involved with the project.

‘It was a great experience working with Richie’ Leu shared.

“O Sole Mio” he said is an important traditional song from the Neapolitan dialect that is sung in every corner of the earth. Research shows that O Sole Mio has even been sung outer space, as on April 12, 1961, the first astronaut to travel in space Yuri Gagarin, during his memorable journey sang “O Sole Mio”. In 1980, the great Italian operatic tenor Luciano Pavarotti won the Grammy Award for Best Classical Vocal Performance for his rendition of “’O Sole Mio”. The English version, “It’s Now or Never” (1960), sung by Elvis Presley has sold millions of copies worldwide.

‘Richie’s performance of the song is incredible’ Rankin Lele of Adriatic Sound in Italy said.

‘He sang the song like a professional opera singer. With that performance, Richie may have just set himself up to win a Grammy Award for Best Classical Vocal Performance.’

Lele said Richie studied the lyrics of the song in less than a week, then poured his heart into the 45-minutes recording session, which occurred two days before vocal coach Raffaele Pastore had arrived in studio to assist.

‘Raffaele was blown away by Richie’s interpretation of the song, so much so that we only had to re-record two words of the entire song, which shows the greatness of the man’ he reasoned.

Among the top tier musicians from Italy who contributed to the project were Maestro Antonio Calsolaro, one of the leading interpreters of the music of Salento, whose family has played the Mandolin for three generations; keyboards – Alessandro Garofalo; Luca Manno on Sax; Papa Leu – bass; Roberta Mazzotta, violin; Gianluca Ria on Tuba; Giancarlo Dell Anna, Tromba & trombone and Antonio ‘Fossa’ Migliwtta on drums. A video clip for the song, which was directed by movie-maker Federico Giannace Lucan was shot at the world famous “Giovanni Paisiello” Theatre of Lecce and at the ancient village of Specchia, Italy. The music video will have its world premier on OnStage TV this Saturday, September 24. The following day, the single will be available online on all digital platforms and stores. A dancehall remix of the song will also be available.