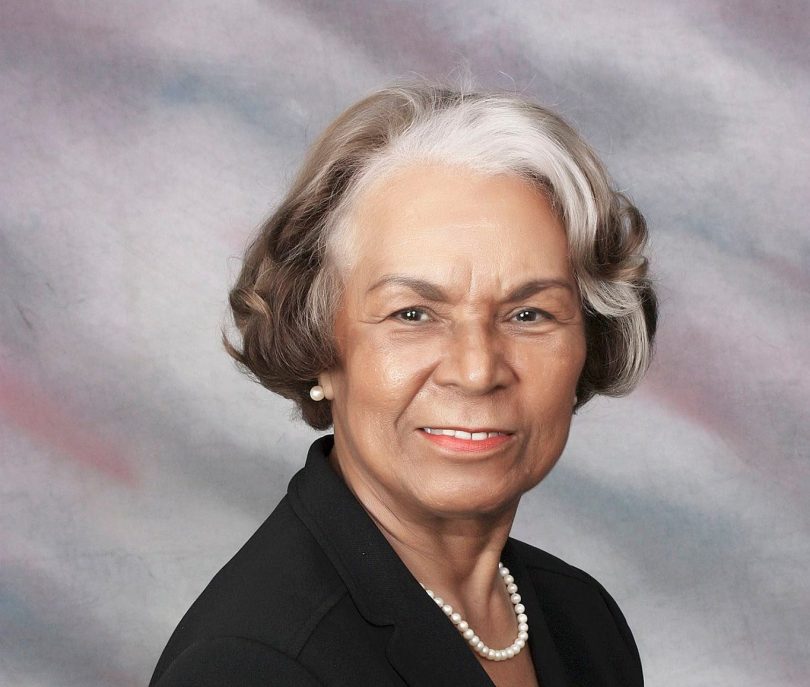 “I am satisfied that through years of prudent management and a customer focused mantra, I have been able to positively impact the lives of my customers, staff, shareholders and the wider society – Rita Humphries-Lewin”

Rita Humphries-Lewin, who attended the Immaculate Conception High School for Girls in Kingston, grew up to make double- history. She became both the first woman to chair the Jamaica Stock Exchange and to chair a stock exchange in the Caribbean.

After Immaculate, Rita entered the secretarial field, first at the Gleaner Company, followed by the local branch of a Canadian stock trading firm – Annett & Company. When they advertised for traders she applied. However, the company required all new traders to undergo training at the head office in Canada. The male applicants did not want to ‘go back to school’. Rita had no such problem. She did the training, returned home, completed the Canadian Securities Course, became a certified stock broker and Annett’s designated trader at the Jamaica Stock Exchange (JSE), which opened in 1969.

Unfortunately Annett went out of business in 1972 and Rita moved to Jamaica’s public sector at the Jamaica Industrial Development Corporation (JIDC) which she helped to establish, followed by the Small Business Development Centre.

Rita had found her niche, her passion at Annett, so after many years in the public sector, she decided to start her own brokerage firm. In 1977, she founded Barita Investments Ltd., with J$10,000.00 dollars of her own money. Barita is a combination of Rita and Barbara, her sister’s name. At the beginning, the company consisted of herself and one other employee – a messenger.

Rita chaired the Jamaica Stock exchange for five years, from 1995-2000 and the Development Bank of Jamaica from 2001-2006, participating in the development of Highway 2000 and tourism resorts in the parish of Trelawny.

Trailblazer : Someone who goes where no one else has gone before