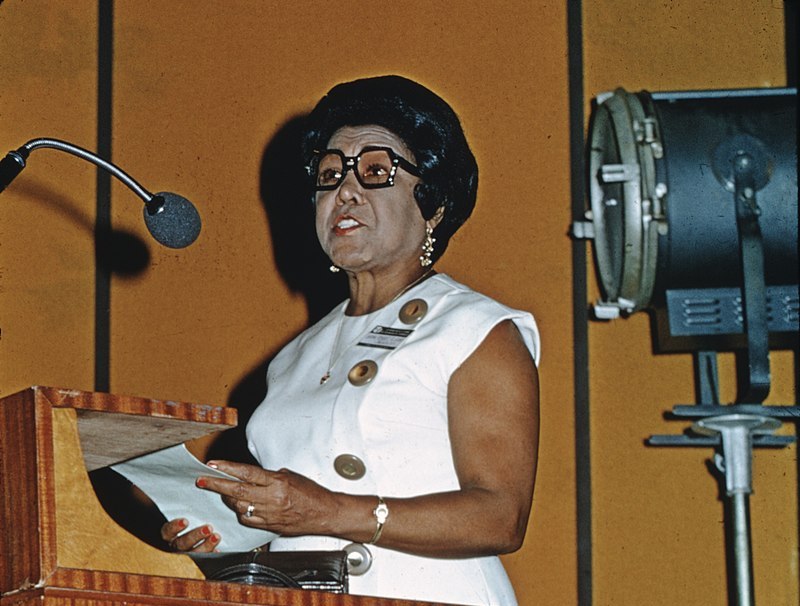 Politician and business leader Madame Rose Agatha Huie Leon was born in 1911 in St. Ann Parish, Jamaica, to pharmacist Benjamin Huie and Adella Murray Hui. She attended Central Branch Elementary School and Wolmer’s Girls’ School before attending the Abyssinian School of Cosmetic Chemistry in New York City. She returned to Jamaica after studying chemistry in the US to found the Leon School of Beauty Culture. She also manufactured a line of locally-made beauty products as an alternative to imported goods. She continued to teach at the Leon School until her death. Her political life began in the 1940s when she became councilor for the Kingston and St. Andrew Corporation. In 1948 she made history when she became the first woman to chair a political party, the Jamaica Labor Party (JLP), a position she retained for 12 years. She was the first female government minister in the country and the only individual to serve in a Cabinet position in the governments of both the Jamaica Labor Party (JLP) and the People’s National Party (PNP). Leon was elected to Jamaica’s House of Representatives in 1949 and became the Minister of Health and Social Welfare in 1953, a role she held until 1955. She joined the PNP in 1960, leaving the JLP because it did not support the Federation of the West Indies. She was elected local councilor in 1969 and led the local Roads and Works Committee from 1969 to 1972. She served one elected term as deputy mayor of Kingston and was Minister of Local Government from 1972 to 1976. Leon was involved with the founding of the Jamaica Federation of Women in 1944, the Jamaica Manufacturers’ Association in 1947, and was an advocate for the West Indies Federation. She received the Keys to the City of New York in 1956 and visited Liberia at the invitation of its president William Tubman in 1958. She retired from politics in 1981. She was made a Commander of the Order of Distinction in Jamaica in 1982. In 1999, at the age of 85, Leon was murdered at home in Kingston during a robbery. An annual lecture was created in her honor by the Jamaica Women’s Political Caucus in 2002.