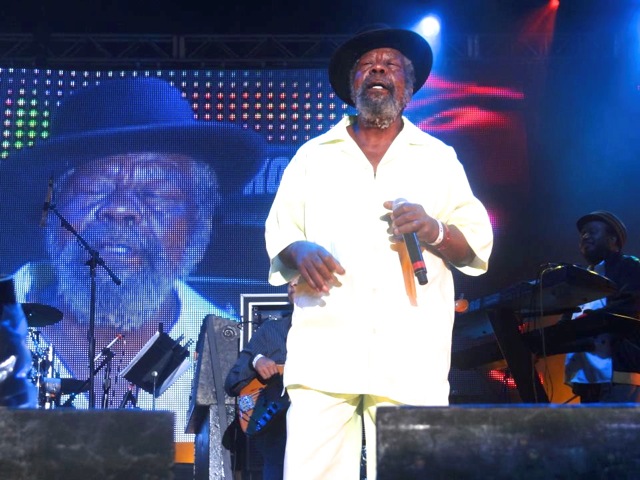 On February 17, 2021, the Jamaican music establishment lost a true giant in the industry.  Ewart Beckford, popularly known as ‘U-Roy’ or ‘Daddy U-Roy’ passed away at the age of 78 at the University of West Indies in Jamaica after a long spell of illness.   In the days following his death, there was a steady flow of tributes posted on a number of social media platforms from the likes of Jamaica’s Prime Minister, Hon. Andrew Holness, Bob Marley’s Tuff Gong International, reggae stars Shaggy, Buju Banton, Beenie Man, Sean Paul, the U.K.’s David ‘Ram Jam’ Rodigan, and also on the Instagram page of the late, great ‘Prince of Reggae’ Dennis Emmanuel Brown.  Top name news outlets and music publications from around the world—such as Rolling Stone, BBC News, The Guardian, Yahoo News, New York Times and NPR also paid homage to the man who has been widely revered over the past several decades as the ‘Godfather of Dancehall’.  Needless to say, the Jamaica-Gleaner, Jamaica Observer, and Jamaica-Star each put out a big spread hailing Daddy U-Roy. 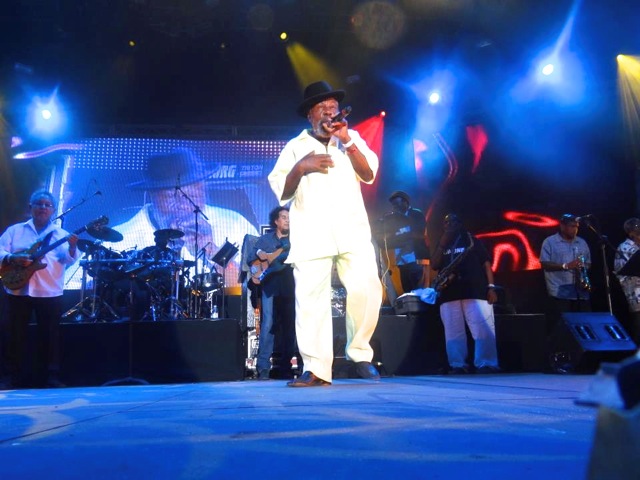 In terms of Jamaican ska, dub, reggae, dancehall, and sound system culture, it is clear that U-Roy’s contributions formed one of its most powerful pillars, especially when considering his rock-solid career as a sound system ‘toaster’ for so many decades.   The Jamaican art-form and sound system tradition of ‘toasting’ was certainly U-Roy’s claim to fame, which he brought into prominence not only locally in Jamaica, but also internationally.  As I wrote last year in my story titled, Dubwise Miami Put ‘Nuff Signal’ for David ‘Ram Jam’ Rodigan, Reggae Enthusiast & Sound System Veteran Extraordinaire:  In 1968, King Tubby’s ‘Hi Fi’ sound system enlisted Ewart ‘U Roy’ Beckford, who hailed from the Kingston area of Jones Town, as the set’s MC or hype-man.  In that capacity, it was U-Roy who then became known for pioneering and popularizing a rhyme chatting style on the sound system microphone, characterized by short phrases which became known as sound system ‘toasting’.  In turn, the founding fathers of dub music, such as King Tubby and other sound system operators in Jamaica, began not only formulating ‘riddims’ (or beats) that carried heavy baselines, but also the ‘versioning’ of those tracks–often as instrumentals on the b-side of songs they produced.  It was on those instrumentals that U-Roy was said to ‘ride the riddim’ from start to finish with his unique rhyme chatting song segments.  Also, in 1968, a young lad named Clive Campbell, who was a resident of the nearby Kingston community of Trench Town (the home neighborhood of reggae icon Bob Marley), left the island and moved to the Bronx in New York City.

A few years after Clive Campbell settled in the Bronx, in 1973 he threw a block party under the name of DJ Kool Herc at his 1520 Sedgwick Avenue apartment complex.  The party centered around a sound system that DJ Kool Herc had built, and the party also featured ‘toasting’ segments just like what DJ Kool Herc recalled witnessing U-Roy doing on King Tubby’s Hi Fi sound system back in the streets of Kingston, Jamaica in the 1960s.   At that, hip-hop music in the United States was born for all intents and purposes.  Three years ago, in March of 2018, CNN published a story titled, 20 world-changing inventions from under 20s, and a segment of that slide presentation featured DJ Kool Herc and referenced his use of mixing elements of Jamaican ‘toasting’ traditions.  What’s more, according to Kool Herc, when it comes to American hip-hop, the whole chemistry of it came from Jamaican toasting with U-Roy as the lead pioneer of the vocal style and technique, which was renamed as ‘rapping’ once he brought the style to the Bronx borough of New York City.  In 1978, U-Roy founded his own Stur Gav sound system that featured deejays Josey Wales, Charlie Chaplin and Ranking Joe. 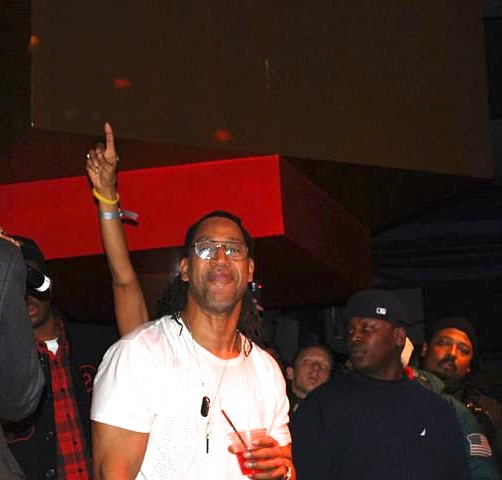 In 2019 renowned promoter Garfield “Chin” Bourne, CEO of Irish and Chin Promotions, recruited Shabba Ranks himself to crown U-Roy at the 10th anniversary of their ‘Reeewind series’ of live events in New York.  U-Roy’s crowning at that event was not figurative, but literal in that Shabba pulled a crimson-colored robe over Daddy U-Roy and then placed a well-decorated crown on his head.  U-Roy appeared to get emotional during his crowning in such a ceremonious fashion.  The mighty David ‘Ram Jam’ Rodigan also tweeted out and paid tribute, and described U-Roy as: “[t]he paradigm of Jamaican music … I was always in awe of him; the tone of voice, the cadence, the lyrical shimmering and riddim riding made him the ‘soul adventurer’.” 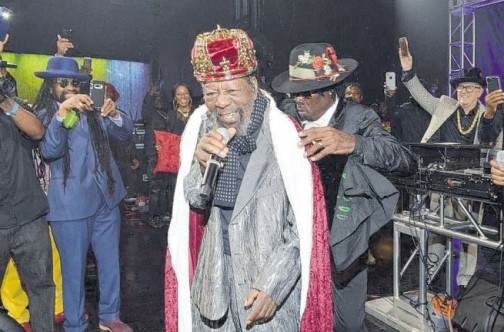 Personally, I last saw U-Roy in 2012 at the Reggae Sumfest music festival in Montego Bay, Jamaica.  In celebrating its 20th anniversary in that year, a core segment of the annual festival was dubbed a ‘Tribute to the Legends’, which featured U-Roy, Bunny Wailer, John Holt, Leroy Sibbles, Yellowman, Frankie Paul, Pinchers, Mighty Diamonds, and Leroy Smart.  Shabba Ranks was also on the bill for Dancehall Night.   In 2012, it appeared to be nothing but a coincidence that Shabba Ranks and U-Roy were a part of the same Reggae Sumfest festival line-up.  But in retrospect, it was befitting for sure.  As a salute to U-Roy aka ‘the Originator’, internationally acclaimed Shabba Ranks, in his song titled ‘Respect’ (recorded in 1993), Shabba famously toasted:  “Cool…Cool…U-Roy done rule…U-Roy is the Godfather of the deejay school.” And so, with that let’s all give a resounding applause and salute to the remarkable life, career, and amazing contributions of U-Roy that lent to the development of the ska, reggae, dub, dancehall, hip-hop, and reggaeton (Latin reggae) musical landscape.  Indeed, that is something that we must all be appreciated of and thankful for.   Daddy U-Roy, what a life…walk good. 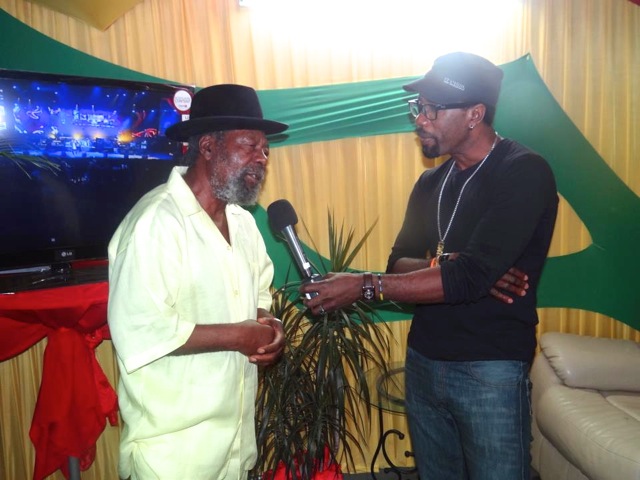 Photos by Nick Ford (except as otherwise noted).