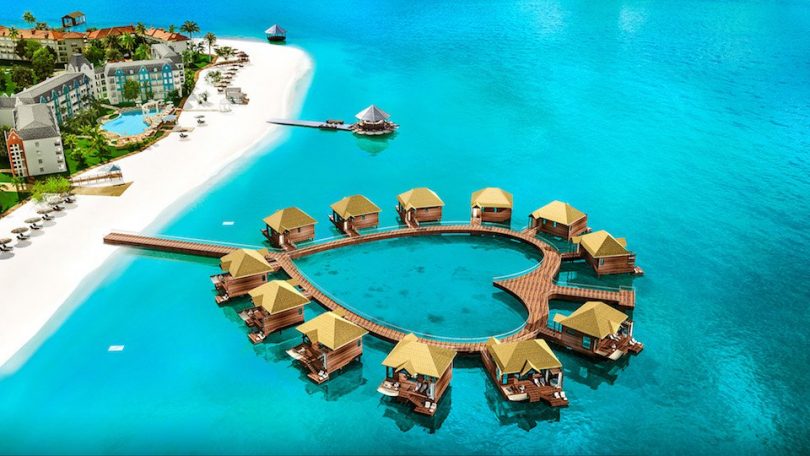 Sandals South Coast has opened again in Montego Bay after an extensive renovation. The resort features the first over-the-water bar, which is called “Latitudes. The resort was previously known as Sandals Whitehouse European Village & Spa, but has been completely reimagined with luxury upgrades that reflect the natural beauty of the island’s southern coast region. At Latitudes, guests can enjoy their drinks in hammocks suspended over the Caribbean. 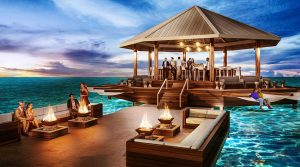 There is also a floating, swim-up bar, called “Bar-Tender,” an over-the-water wedding chapel that offers 360-degree views and a glass floor for its aisle. The resorts existing five restaurants have also been upgraded, so guests can partake of four new 5-star global gourmet dining options like “Sushi on the Sand,” “Beach Picnic,” a romantic picnic on the beach; “Jerk Shack,” which features an open-air seating option; and “Schooner’s, which offers a Caribbean menu. All of the accommodations at the resort face the ocean. The Italian Riviera, which was formerly known as the Italian Village has 112 rooms and suites, with several categories of rooms available, each with its own features, like butler service, walk-out beach access, private balconies, and dedicated concierge service.