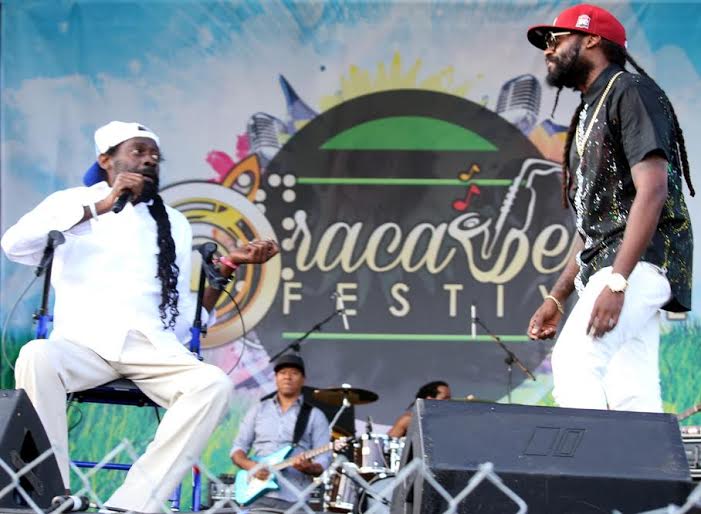 “We are extremely proud to honor singer Jimmy Riley this year at the Oracabessa Festival” says, Louie Grant, VP of Irie Jam Radio.

“Last year, NY fans were fortunate to have both Jimmy and his son Tarrus Riley share stage together in what may have been his last major performance in the tri-state area. It was a magical moment as Jimmy had the entire park cheering him along. We are also excited to recognize veteran NY radio broadcaster Gil Bailey, singer Mighty Sparrow and veteran producer Danny Brownie, for their long-standing commitment to the promotion of our Caribbean culture in the diaspora”, Grant added.

Riley, who passed away in NY after a long battle with cancer, grew up in Western Kingston. He appeared on several hits tracks with Slim Smith including ‘My Conversation’ and did stints with the Techniques and the Sensations before moving on to a very successful solo career. He had several hits in the 70s and 80s, recording ‘Love & Devotion’ and ‘Give Me Your Love’ with Sly & Robbie. In 1983, he topped the UK reggae charts with Marvin Gaye’s ‘Sexual Healing’. In the early 90’s he scored another monster hit with ‘Rougher Yet’.

NY radio host Gil Bailey who, together with his wife Pat Bailey, has been at the forefront of Caribbean radio in the USA for over four decades. In 2003, the Government of Jamaica and the Jamaican Consulate in New York honored Gil for his outstanding contribution to Caribbean music and Jamaican culture.

The Mighty Sparrow is the unrivaled Calypso King of the World. With a career that spans over 40 years, he has entertained audiences across the globe. During his illustrious career he has won 11 Calypso Monarch titles and the “King of Kings” Competition in Trinidad. He has also won Trinidad and Tobago’s Carnival Road March Competition eight (8) times. Sparrow has proved to be the quintessential calypsonian, par excellence, with over seventy (70) albums to his credit.