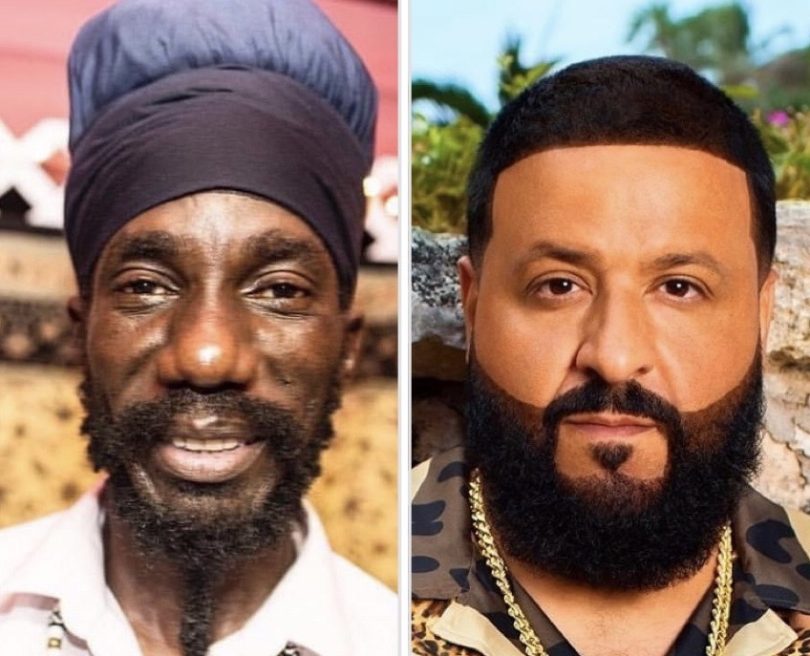 Sizzla went on a streamed rage recently, opening up on a dispute that has developed between himself and DJ Khaled. Sizzla Kalonji whose given name is Miguel Collins broke the platinum disc DJ Khaled sent him into pieces and set it afire. The event was captured on video and posted on Sizzla’s Instagram page, in which he claimed that DJ Khaled had disrespected him and other Jamaican artistes, alleging there were no pictures of the artists who helped him create a platinum record.

DJ Khaled’s recently launched the album entitled ‘God Did’ which features Jamaican reggae/dancehall kings like Sizzla, Buju Banton, Capleton, and Bounty Killer. One of the most popular numbers from the song is fuse. The general view seems to be that there may be more to the cause of this feud than has been revealed by the “bub-a-fire” video as Sizzla has had a long-standing relationship with Khaled and is reportedly the godfather of Khaled’s son. Beyond that Sizzla as a recording artiste, has had a long and distinguished career though not without its contentious moments. He has been a prolific producer of content for decades and has been responsible for bringing many upcoming artistes to the fore- DJ Khaled included.

Many have chosen sides against Sizzla, condemning the actions he has taken, even writing this off as part of their own continued condemnation of Dancehall music. That, though, is an apt description of a sizable portion of our Jamaican community. We are quick to condemn those who we feel are beneath us. Those who we feel stand on the side of our own social fence that is not our chosen side. We embrace anything that is foreign over our own. My own sense is that an artiste with over 60 solo albums and dozens of compilations can never be taken lightly. Sizzla, with a career spanning more than 27 years, is an integral player in Jamaica’s music business and a major pillar of its history, but he is a member of the Jamaican society and a product of the very population segment kept at bay by the Jamaican elites.

Could this have been handled differently? My sense is absolutely, yes. However, it is well known that Sizzla (not unlike several up-and-coming artistes) surround themselves not with trained professionals, but with followers and hangers-on who are not likely to lead them away from destructive behavior but to tell them only what they want to hear. Beyond that, there is also a glaring need among the Jamaican space for what I call “Cultural Interpreters” given the diverse nature of Jamaican culture. I say this against the background of Jamaicans interpretation of disrespect as among a large segment of our population this disrespect can be generated by the simplest of utterances, actions of non-action. It is that “disrespect” part of our culture and how it is received that is partially responsible for powering the anti-social behavior and by extension, provides an additional driver to our current murder culture.

.It would be good for the music for us to know the full and true story of the cause of Sizzla’s meltdown. I know first-hand through my www.yaawdmedia.com driven Sunday Scoops program conversations with many an artiste, of the ‘dog-eat-dog’ conditions of our music business, the exploitation and misrepresentation of our artistes. With this in mind, I am working to get a conversation with Sizzla.

Photo by Fringer Cat on Unsplash