Skip Marley to Perform With Katy Perry At the Iheart Radio Music Awards This Weekend - Jamaicans.com 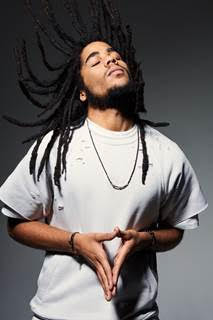 Next generation Marley family member Skip Marley will be perfoming with pop superstar Katy Perry at the IHeart Radio Music Awards 2017 this Sunday March 5th at The Forum in Los Angeles.  Their hit song “Chained To The Rhythm” debuted last week at #4 on the Billboard Hot 100 chart.  The two have performed together twice since the song’s February 10th release date at the 59th Grammy Awards and The BRIT Awards..

In just the last month, Island Records announced their signing of Skip Marley, calling the 20 year-old a reggae prodigy for a new generation. Skip’s first single “Lions” for Island has moved up the Jamaica Music Countdown Chart in its second week to #22.  “Lions” marks Skip’s third appearance on the Jamaica Music Countdown, having previously charted with his Tuff Gong International singles “Life” peaking at #2 and “Cry To Me” which spent three weeks at #1 in spring of 2016.

“Lions” also debuted on two major music streaming onto both Spotify’s Global Viral 50 AND its US Viral 50 charts in the #1 position with over two miilions streams.