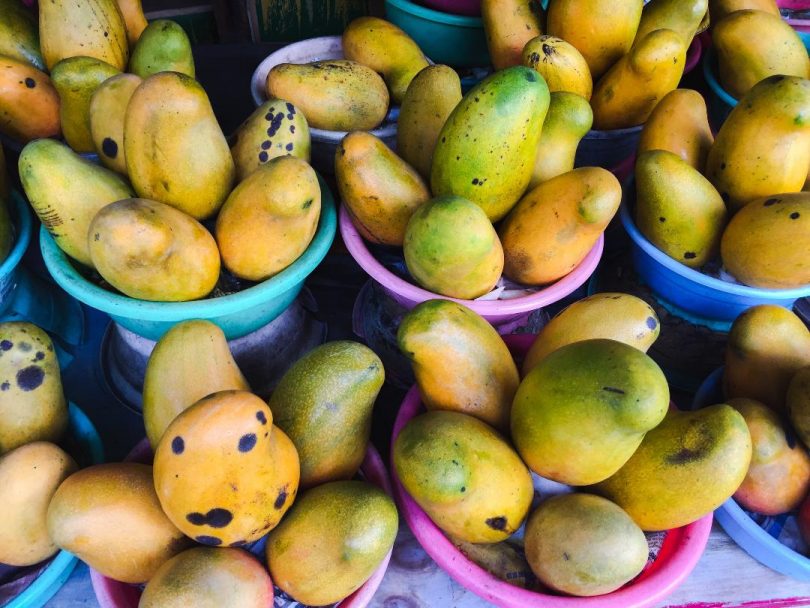 Jamaica has shipped 12,000 pounds of “Julie” & “East Indian” mangoes to the United States, and the first shipments have been slated for several Bravo and Presidente supermarkets in South Florida, including Miami, Fort Lauderdale, and West Palm Beach. The mangoes were shipped on June 13, 2019, and were the first to be shipped to the US in two decades. The Mango Irradiation Program is facilitating the export, which will continue one or two times per week until the end of the mango season at the end of July 2019.

An official export ceremony was held at Sangster International Airport’s Export Complex in Montego Bay, St. James. At the ceremony, J.C. Hutchinson, Minister without Portfolio in the Ministry of Agriculture, said that there is a high demand for Jamaican mangoes among people In the Diaspora. Hutchinson also noted that the first shipment of mangoes to the US indicates that markets for the produce exist and that Jamaica should take all opportunities to fulfill the demand in those markets. Jamaica has exported mangoes to the Diaspora markets in Canada and the United Kingdom for some time. In 2013, 654,954 kilograms of mangoes were shipped to Canada, and in 2014, the country received shipments totaling 691,206 kilograms.

The US Department of Agriculture had cleared the way for the importation of Jamaican mangoes in 2013, but the arrangement was subject to compliance with standards imposed by the agency’s Animal and Plant Health Inspection Service. Therefore, the Jamaican government had to work with farmers to comply with these requirements, one of which was the need for mangoes to undergo the process of irradiation.

Irradiation involves treating mangoes with ionizing radiation, which sterilizes fruit flies so they cannot reproduce. According to Dalton Hastings, Export Complex Manager in the Plant Quarantine Department of the Ministry, reassured consumers that this process does not impact the taste of the mangoes, but does increase their shelf life by killing pathogens. Jordan Dawson of Dawson’s Trading Company who supports the export of mangoes to the US believes the arrangement has major benefits for Jamaica’s agricultural sector.

Among those on hand to receive the first shipment of Jamaican mangoes was Leighton Hylton, Chief Executive Officer of Xander Distributors in Florida, who noted that Jamaicans in the Diaspora in Florida are quite excited about the fruit’s arrival in the US.