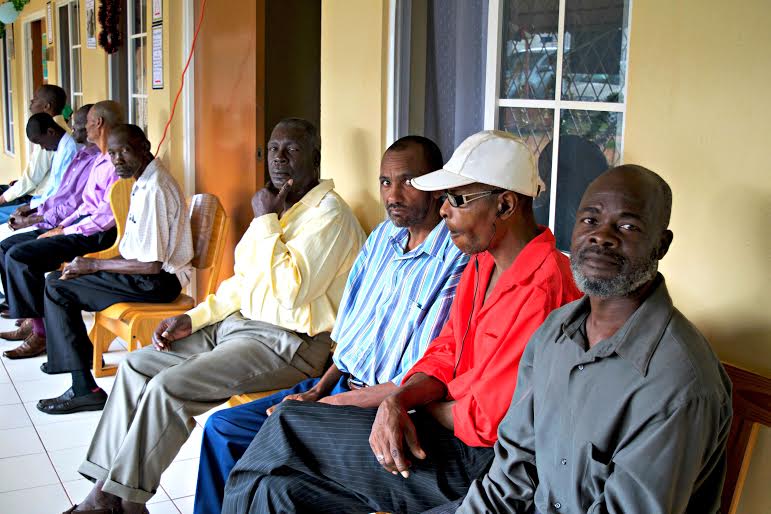 The Ebenezer Home Management Committee held their Annual Open Day and 15th anniversary celebration under the theme ‘Dignity in Mental Health’ at the Ebenezer Home, situated on the Grounds of the Manchester Infirmary, on December 3. The fun-filled event was supported by the Southern Regional Health Authority (SRHA) staff, Councillors, members of the clergy, members of the media and other distinguished guests.

Regional Technical Director, Dr. Michael Coombs, brought greetings from the SRHA and highlighted the fact that people who suffer from mental health have always been stigmatized in Jamaica. He stated that a conscious effort must be made by society to treat the mentally challenged with dignity. He stated that research shows that the majority of people who grapple with mental health come from dysfunctional homes.

Dr. Coombs noted that the SRHA has ‘decided to go on a campaign to develop an initiative called ‘Good Health Begins at Home’ because a ‘nation is only as healthy as its families’. He added that a ‘spirit of family’ needs to be restored in Jamaica and the SRHA has taken up that challenge.

Parish Admin Officer, Mrs. Sandia Chambers-Ferguson, represented the Manchester Health Department at the event. She said they are adopting a fresh approach to the management of health care within the parish of Manchester. She added that they are currently engaged in the process of creating a vision which will see Manchester boasting the most efficiently managed primary health care community system in the entire island.

Guest Speaker for the event and Chairman for the Southern Regional Health Authority (SRHA), Mr. Michael Stewart, congratulated the Ebenezer Home for their decade and a half of service to the mental health community. He commended the Ebenezer Home for ‘boosting self-esteem’, protecting human dignity’ and ‘contributing to the preservation of the social fabric of the parish’.

The Chairman stated that the theme, “Dignity in Mental Health” is ‘timely and relevant as Jamaica is at ‘a fundamental stage of mental health care and the future holds strong possibilities’. Mr. Stewart said that those who are mentally challenged ‘should no longer be seen as menaces to society but instead, socio-economic assets who when empowered will only continue to add value to the world’.

He added that ‘partnerships with institutions like Ebenezer Home and the government of Jamaica will increase proximal and affordable access to Mental Health care and resources’.

Honourable Sally Porteous, Custos Rotulorum of Manchester, in her address, said she could not miss the celebration even though she had another engagement. She commended the Ebenezer Home on its service over the years and noted that she looks forward to the continual growth of the home.

Ms. Ricketts, who facilitates dance classes with the residents of the Ebenezer Home on a weekly basis, said that she has learnt that ‘we are all one, brothers and sisters, who should help each other through the various challenges we face in life.

Reverend Clarister Johnson, Chairman of The Ebenezer Home Management Committee, did the Welcome and Introduction for the celebration and also gave an overview of the Ebenezer Home where she listed some of the projects they have undertaken like Animal husbandry and Crop farming which help to fund the home and feed the residents.

The Ebenezer Home Management Committee, an NGO has been operating Ebenezer Home as a half way house for the mentally challenged, street people from Mandeville and its environs since November 2000. At present, they house twenty (20) men and give assistance to others who are in need of a shower, a change of clothes, a meal and medical attention on a drop in basis.

Power 106 FM broadcast its popular programme “Both Sides of the Story” from the Ebenezer Home on the day. 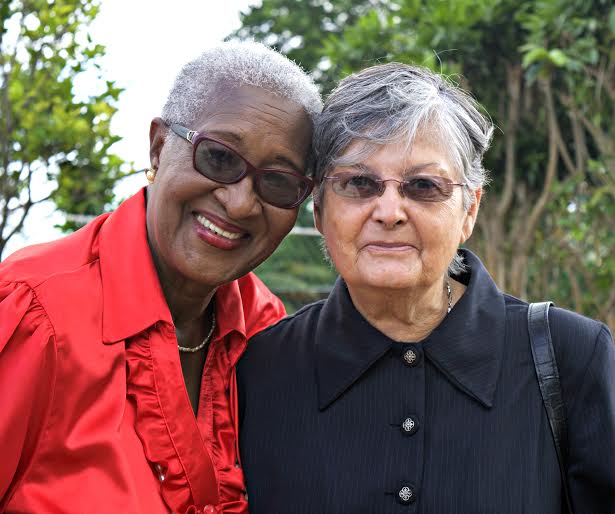 Residents of the Ebenezer Home wait for the programme to begin.