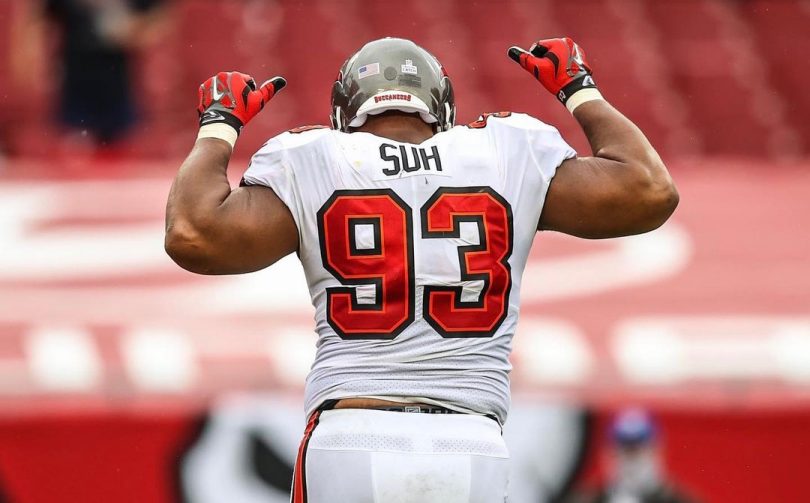 Defensive lineman Ndamukong Suh of the Tampa Bay Buccaneers won his first Super Bowl championship on February 7, 2021, with a 31-9 victory over the Kansas City Chiefs. Suh was playing in his second Super Bowl and had a total of two tackles, 1.5 sacks, and one tackle for loss in Super Bowl 53 in 2019.

Suh was born in Portland, Oregon, and attended Grant High School. His mother Bernadette (Lennon) Suh was born in Spanish Town, Jamaica, while his father Michael Suh is from Cameroon, where he played soccer for the Cameroonian National Team and semi-professional soccer in Germany. He has four sisters, one of whom, Ngum Suh, played soccer on the Cameroon women’s national team and for Mississippi State University. 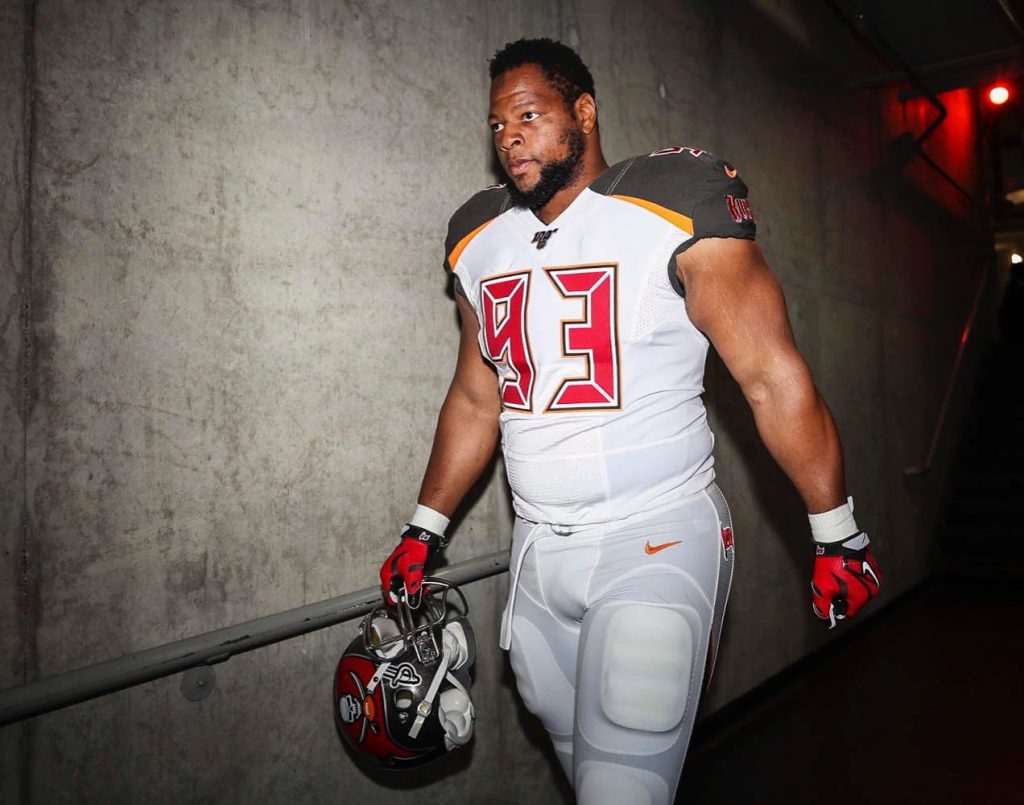 While in high school, Suh earned first-team AII-PIL honors his junior year on both offense and defense and received an honorable mention All-State pick. He had 65 tackles in his senior year, which brought him Parade Magazine’s High School All-America honors. In 2005, he played in the US Army All-American Bowl. While in high school, he also played basketball and was one of the top performers in the state in the shot put. He was district shot put champion in 2004, and in 2005, he had a school-record throw of 61 feet, 4 inches. His athletic talents and accomplishments made him a finalist for the Portland Tribune’s Athlete of the Year award.

He then went on to play college football for the University of Nebraska where he earned All-American honors and became one of the most decorated players in the history of college football and graduated with a degree in construction management from the College of Engineering. In 2010, he was drafted by the Detroit Lions second overall in the NFL Draft. He also played for the Miami Dolphins from 2015 to 2017 and the Los Angeles Rams in 2018 before joining the Tampa Bay Buccaneers in 2019.

He is known as one of the best defensive tackles in the NFL and in 2015 was named the 24th best player in the league. He was named the Defensive Rookie of the Year in 2010 and was elected to four Pro Bowls in his first five seasons and named an All-Pro five times.

Suh was named the most charitable athlete and sixth most charitable celebrity by the Giving Back Fund, which advises individuals in the sports and entertainment industries about philanthropy. He donated $2.6 million to the University of Nebraska.