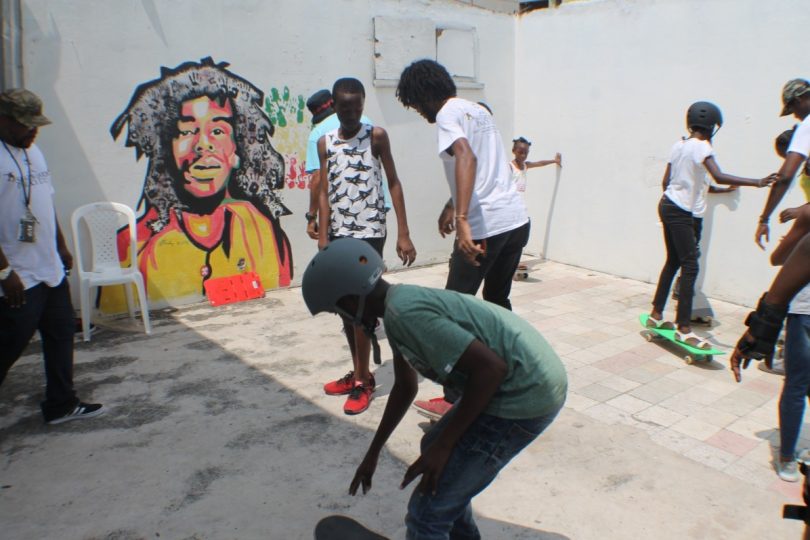 The Skate Park of Tampa in Florida is promising to donate 100 skateboards to Jamaican Steve Douglas, who is building the first skate park on the island in Boys Town. Douglas loves skateboarding: he built his first skateboard from cardboard and spare parts from roller skates and has continued with the activity for much of his life. Eight hundred miles away in Florida, Edwin Velez of the Skate Part of Tampa shares the Jamaican’s love of skateboarding and began skateboarding himself in the late 1980s.

This shared appreciation has prompted a partnership that will soon provide children in the Caribbean with skateboards of their own. A nonprofit organization launched in 2014 by the Tampa skate park, which is called “Boards for Bros,” takes in donated items and builds skateboards for kids that can otherwise not afford to buy one. On its website, Boards for Bros states that it is “fully committed to providing equipment, safe skate spots and youth mentoring in our community,” It goes on to note that its model “empowers skateboarders to participate in community service as a donor, volunteer or project manager.” In 2016, the nonprofit started expanding its successful Tampa mission model throughout the United States and internationally.

Douglas, who is in the process of trying to build the first skate park in Jamaica, says someone told him that if he built such a part it would “save Jamaica.” He understands that to mean that a park would give young people on the island more options and choices. Douglas runs the Jamaica Skateboard Federation and was awarded land in Boys Town as the site for his new park, which he plans to name “Reggae Skate Park.” He has started a GoFundMe account to raise money for the endeavor and to garner community support. Tampa has promised to help provide the skateboards, and while COVID-19 has slowed down the process, Velez believes he can get the required skateboards to Douglas by the end of 2020. Velez stated that the new park presents an excellent opportunity for outreach in Jamaica, where there isn’t a lot of skateboarding.

Douglas believes that adding a skate park in Kingston will be “massive” for young people there. There is interest in skateboarding but there are not many places where kids can practice in a safe environment. He noted that skateboarding presents youth with an alternative to violence and drugs. Jamaica has a skateboarding team that is set to represent the island nation at the upcoming Olympic Games in Tokyo that were postponed due to COVED-19. Velez and the Skate Park of Tampa are excited about how things are changing in Jamaica, believing the new partnership is a good fit.

The nonprofit Boards for Bros has chapters in North Carolina, New Jersey, New York, and California, and has provided skateboards to many countries worldwide, including Honduras, Cuba, and Canada.