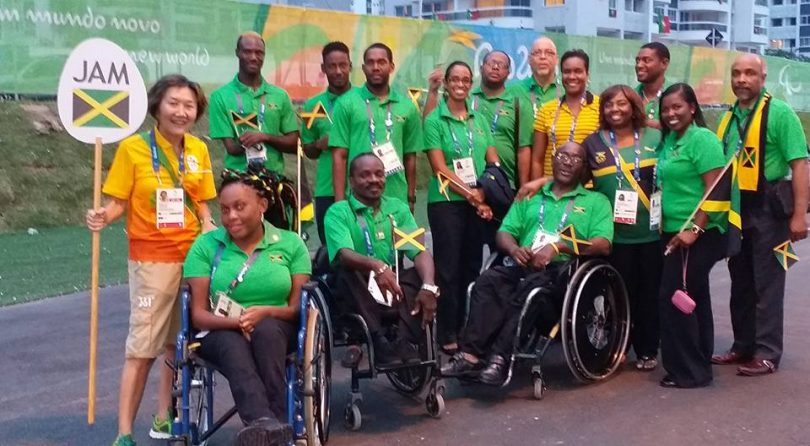 Jamaica’s Paralympic Team, which includes athletes Alphanso Cunningham, Dana-Gaye Weller and Shane Hudson, is in Rio de Janeiro to participate in the 2016 Rio Paralympic Games and was excited to join with other teams at the Opening Ceremonies. The team arrived in Rio on September 6 and was met by Jamaica’s Chef de Mission Javon Campbell and Sports Administrator Ann Marie Smith. At the Opening Ceremonies, thousands of Brazilians welcomed over 4,300 Paralympians from around the world. There was a surge in ticket sales as the opening day approached, and in contrast to the Olympics held three weeks before, many of the stadiums housing the Paralympic events are sold out. The Opening Ceremony began with a flying-wheelchair stunt performed by Aaron Wheelz of the United States. A controversy prompted Belarus to fly the Russian flag in protest of Russia’s exclusion from the games during the parade of athletes; suspended Russian athletes are holding their own Paralympics in Moscow. The Opening also featured a performance by Paralympic Amy Purdy, also from the US and a former contestant on “Dancing with the Star,” who danced a samba with a robot, and by an incident that spoke volumes about the spirit of the games when former Brazilian Paralympian Marcia Malsar slipped on the rainy ground while carrying the Paralympic Torch and then quickly got to her feet in the pouring rain to the cheers of thousands of onlookers and continued her run.