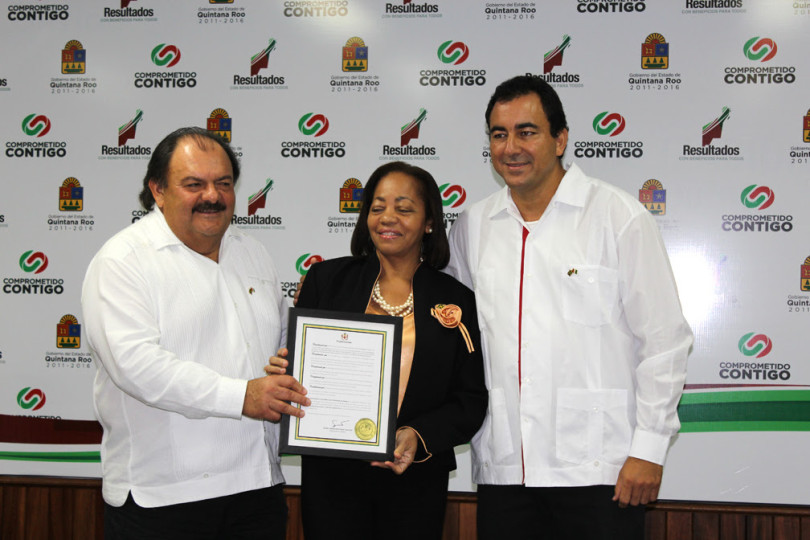 The 13th International Reggae Poster Contest Exhibition, “The Art of Reggae,” opened officially on August 14, 2015 at the beautiful Andador Héroes plaza in Chetumal, Mexico. It was a huge success.  Hosted by the Secretariat of Public Education, the Government of the State of Quintana Roo, the Secretariat of Education and Culture of the State of Quintana Roo, and the National Council for Culture and the Arts, the exhibition showcased 72 top posters from artists and designers worldwide. The IRPC Chetumal exhibition drew thousands of visitors during the 1st International Reggae Fest 2015, held in the city from August 14-16. The special IRPC exhibit featured posters by the top winners from all three years (2012-2014). It also included a selection of Mexican winners. To mark the 70th anniversary of Bob Marley’s birth, the exhibition highlighted posters from the growing IRPC collection celebrating the legendary reggae artist.

In attendance at the opening ceremony were the Jamaican Ambassador to Mexico, Sandra Grant Griffiths, JP; Mayor of Chetumal, Eduardo Espinoza Abuxapqui; Secretary of Education and Culture of the State of Quintana Roo, Jose Alberto Alonso Ovando; Sub-Secretary of Culture, Villanueva Chan; Director of the Museum of Mayan Culture; Monica Vega and Guillermo Mujica of Cultiva Reggae; and IRPC co-founders, Michael Thompson and Maria Papaefstathiou. Also present at the ceremony were top officials of the Mexican Navy and Armed forces based in Chetumal. 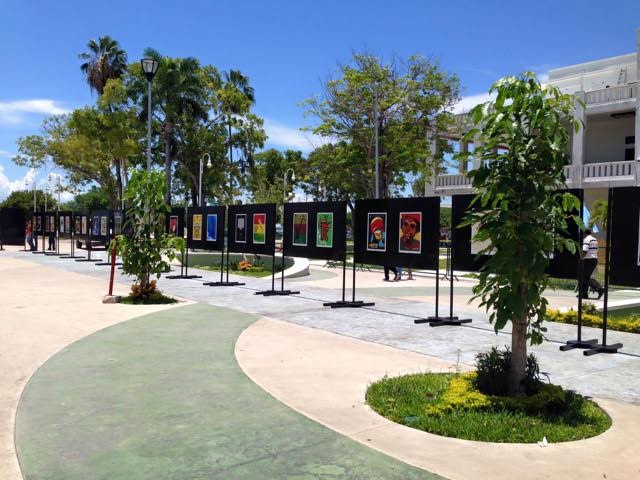