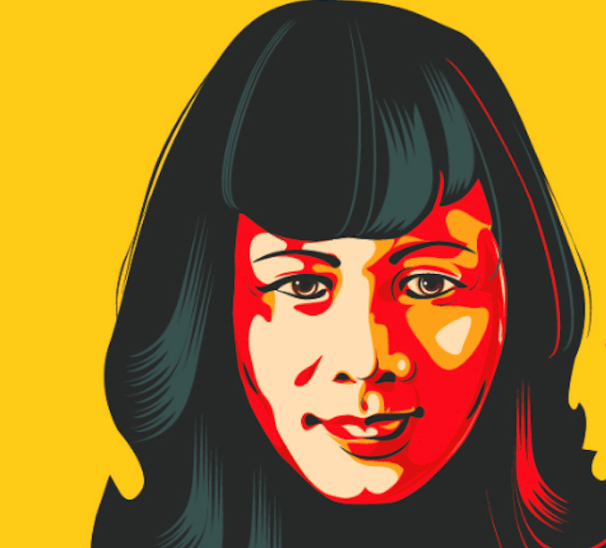 The book, decades in the making, will be of interest to music fans (especially Reggae, Soca and Calypso) as well as those interested in NYC cultural/immigrant success stories, entrepreneurship, and women’s empowerment. It tells the important history of Patricia Chin, the 84-year-old co-founder of VP Records, whose 60-year journey in music has taken her from Kingston, Jamaica to Jamaica, Queens, and far beyond.

A percentage of the proceeds from all book sales will go towards the new Vincent & Pat Chin Foundation. 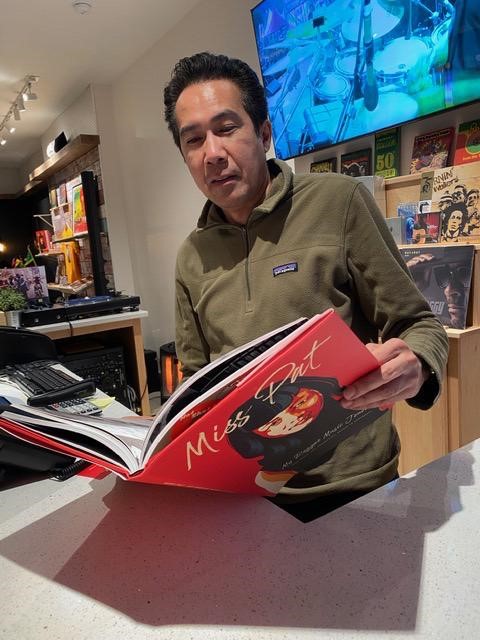 It would be an understatement to say that reggae matriarch Patricia “Miss Pat” Chin has seen and accomplished a great deal in her life. Born in Kingston, Jamaica in 1937, she helped build a reggae empire in her homeland (the Randy’s Record Mart store and Studio 17; where the careers of artists ranging from Bob Marley & the Wailers to Augustus Pablo and Toots & The Maytals were started and nurtured) alongside her late husband, Vincent “Randy” Chin.

After nurturing one of her children, reggae music, alongside her four children throughout the ‘70s, she uprooted her business and family to emigrate to New York in 1978, landing in Queens, where she still lives today. At that point another challenging and fascinating journey – the history of VP Records, “the world’s largest reggae label” (New York Daily News – Jared McCallister) – began. 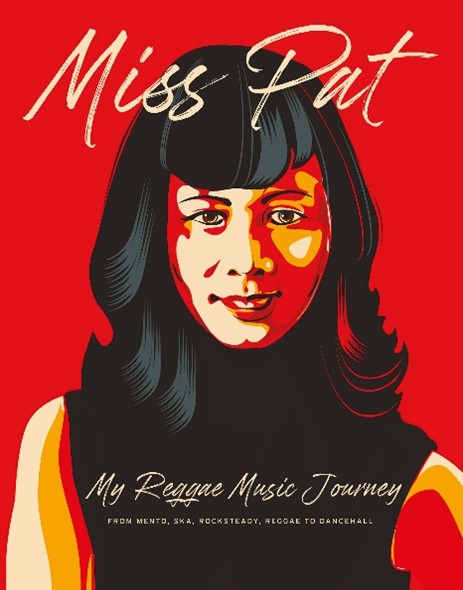 VP was – and is – a family owned-and-run business, and a deeply important and inspiring American immigrant success story. VP’s first release was in 1979 and the history of the label, which built a new wave of reggae legends from scratch, including Beenie Man, Bounty Killer, Lady Saw and Sean Paul, can be heard and seen in the acclaimed deluxe 2019 VP box set, Down In Jamaica: 40 Years of VP Records.

42 years later, Miss Pat is still going as strong as ever, as she enters her 84th year on the planet. She is a proud grandmother and great-grandmother who still goes to work every day, to live out her dreams. 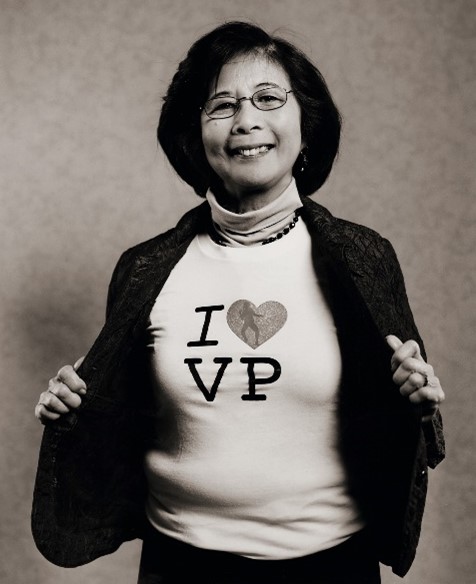 Miss Pat: My Reggae Music Journey is not a typical “vanity” autobiography. At most points in the book, Chin – although she is the cause of a given cultural-changing event – acts more like an outside observer, with an even-keeled and non-self-centered narrative approach. At its core, beyond the star-studded, legendary musical names that whiz by the reader at dizzying speeds, it is a book about family; love of home & homeland; perseverance; and business agility. With the help of co-authors Anicee Gaddis, John Masouri, Alex Lee and James “Jazz” Goring, it is presented with a humility and warmth that draws the reader in, no matter their knowledge of music or even Pat’s illustrious history. 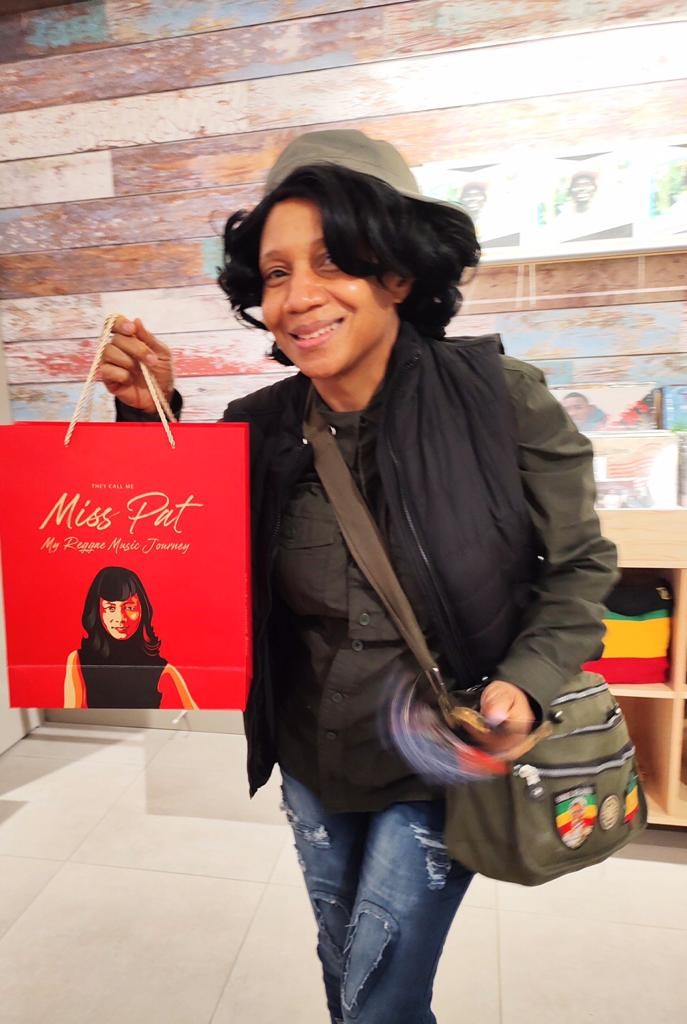 Journalist, professor and music historian Wayne Marshall offered an excellent and concise history of the Miss Pat and VP story in his November 2019 Pitchfork review of Down In Jamaica:

Launched from an ice-cream parlor in downtown Kingston, the Chin’s business (originally called Randy’s Records) grew from a one-stop shop for local wax into a bustling recording studio, the world’s largest independent reggae label, and a major arm of the global reggae industry, after the Chins relocated to Jamaica, Queens… Over the years, VP became the premier international distributor of Jamaican music, issuing hit singles, Grammy-winning albums, and such popular compilation series as Strictly The Best, Reggae Gold and Riddim Driven. Few labels have played so central a role in reggae’s modern era.

The book is presented with dozens of never-before-seen artist and family photos, alongside original illustrations by the late Michael Thompson and book designer Maria Papaefstathiou.

Miss Pat: My Reggae Music Journey shares personal insights about the rise of the Jamaican music industry, and nuggets of wisdom about the music business and life. Through decades of transition, Miss Pat – who received a Lifetime Achievement Award from the American Association of Independent Music in 2015 – has triumphed over adversity. Quotes and remembrances from luminaries including former Jamaican Prime Minister Edward Seaga, Island Records founder Chris Blackwell, Lee “Scratch” Perry, the late producer Edward “Bunny” Lee and her children all testify to the indelible spirit that is Patricia Chin. Miss Pat says on page 17:

I have always been proud to be a woman. So, as I take my 4’11” ‘tallawah’ self on stage and wave at the cheering crowd now on their feet, I accept the award [2015’s AAIM Lifetime Achievement] for all women – short and tall – working their way up a male-dominated field. It’s a journey I know all too well. But I want more company on that stage. This is why I encourage female artists to keep trying. This is why I tell young women that they can do more than take care of their home and children. I tell them they can run a home and business at the same time if they really want to. ‘Just start where you are,’ I always say. ‘The rest will follow.’ 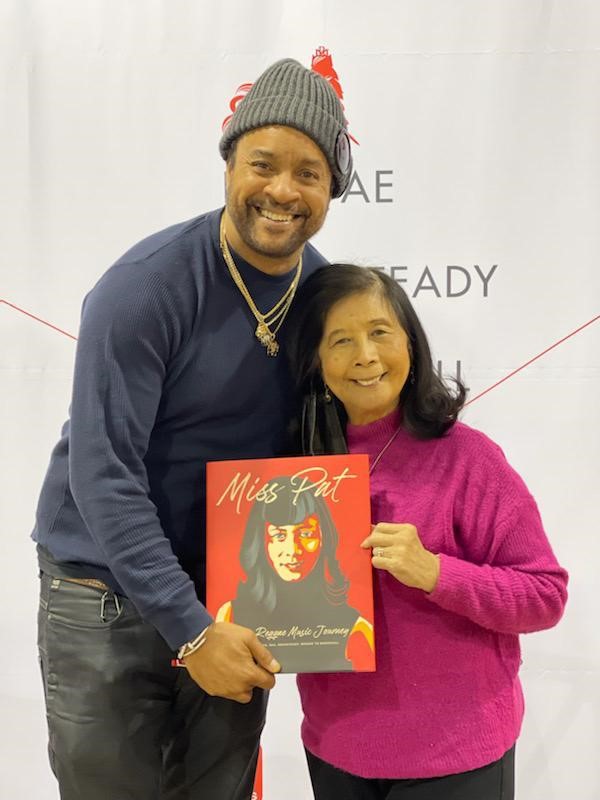 “[VP Records is] one of Reggae’s biggest and most diverse success stories.”

“Randy [Chin] was the first person who was setting up something for the people to survive [in the ‘60s], so they were the best people in the record business. They were simply the best, and Miss Pat was the brains.”

Patricia “Miss Pat” Chin is the dynamic force behind VP Records, the world’s largest reggae music label, a person of unmatched energy and enthusiasm. She is the mother of four, grandmother of 12 and great-grandmother of three. In addition to self-publishing her autobiography Miss Pat: My Reggae Music Journey, she is supervising the development of a companion audio product, to be released in the summer of 2021.

For the past many years, her passions have been focused on “giving back,” including promoting and showcasing the work of the late illustrator Michael Thompson, including the creation of a pop-up exhibit titled “A Reggae Music Journey.” The recent launch of the Vincent & Pat Chin Foundation, A 501-3C corporation focused on the upliftment of Caribbean youth the education and the arts, has been a crowning achievement to her legacy. Miss Pat lives and works in Queens, New York.